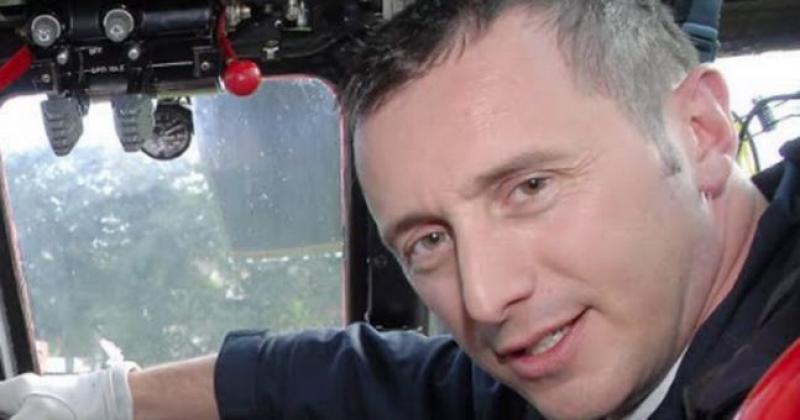 Captain Mark Duffy and his Rescue 116 colleagues will be commemorated with a new stamp.

The jury at the inquest into the deaths of four Irish Coast Guard aircrew, including Captain Mark Duffy from Dundalk, in the Rescue 116 helicopter crash has recorded verdicts of accidental death.

The jury of eight returned the verdict following some three hours of deliberations.

Rescue 116 crashed off Co Mayo at 12.46am on March 14 2017 during a search-and-rescue mission with four crew on board, after it struck Blackrock Island, 12 miles off the Irish coast.

At the time of the accident the crew were offering support to an operation to airlift an injured man from a fishing trawler.

Captain Dara Fitzpatrick, the commander of the flight, was pulled from the sea in the hours after the crash and never regained consciousness, and the body of Captain Mark Duffy, the co-pilot, was taken from the cockpit 12 days later by Navy divers.

The bodies of winchmen Paul Ormsby and Ciaran Smith were never recovered, despite weeks of intensive searches of the seabed, surface and shore.

The foreman of the jury confirmed on Thursday that all four deaths were accidental.

An investigation published last year into the crash identified “systemic safety issues” and made 42 safety recommendations.

The investigation found that the aircraft was manoeuvring at 200ft and nine nautical miles from the intended landing point at Blacksod, at night and in poor weather conditions, unaware that a 282ft obstacle was on the flight path.

There were “serious and important weaknesses” with the operator’s safety management systems (SMS) in relation to navigation and the reporting of safety issues, “such that certain risks that could have been mitigated were not”, the report said.

The investigation report found that concerns had been raised over the navigation system, the enhanced ground proximity warning system (EGPWS), four years before the crash.

The report into the crash said that the crew were “unaware” it was heading for Blackrock Island.

The ordnance survey imagery did not show Blackrock and instead showed open water.

The foreman told the inquest that “errors and omissions” in the mapping and navigation aids contributed significantly to the accident.

He also said they endorsed the 42 recommendations of the air accident report.

“There should be definitive medical criteria when forming any decision to dispatch an emergency helicopter, there should be no ambiguity as to who the decision-maker is,” the foreman said.

“There should be a reliable top-cover in place at all times, ideally not using another SARs (search and rescue) aircraft.

“Based on clear evidence, errors and omissions in mapping and navigation aids contributed significantly to this accident.

“There needs to be cohesive regulatory oversight in relation to the various bodies and agencies who bear collective responsibility for the provision of these services.

“We wish to acknowledge the painstaking work of An Garda Siochana, the air accident investigation unit, the judicial and medical agencies.

“We wish to acknowledge the strength of those witnesses who gave evidence and the friends and families of the victims who have been forced to relive these harrowing experiences for the purpose of seeking the truth of these events.

“The burden of responsibility towards those who continue to operate on the front line of rescue services, their families and those who have been lost in service cannot be overstated.

“We want to acknowledge the heroic efforts of those in the rescue services in the protection of the public on a daily basis.”

The coroner also said the accident happened due to a “multiplicity of factors”, which in normal circumstances and in normal conditions would not have happened.

“In their line of duty, is there such a thing as normal,” she added.

“In their occupation there was always going to be a risk involved in undertaking such missions.

“However, in the circumstances of this particular tragedy and loss of life, there were a few things that went against them.

“The timing in the night-time, the visibility, the weather conditions and the route and lack of knowledge that Blackrock was there.

“Multiple of factors were involved in the cause of this accident.”

She supported the implementation of the 42 recommendations to prevent a similar accident from happening again.

Dr Fitzgerald said the flying conditions were “treacherous”, and the decision to do what they did “should not be undertaken lightly ever again”.

She conveyed her sympathies to the bereaved families.

The coroner also said it was a challenging investigation and paid tribute to all the parties involved.

She said there was “no stone left unturned” in the investigation.

The legal representatives of the families thanked the jury, the witnesses and those involved in the search for their loved ones following the crash, including the Coast Guard, volunteers, fishermen and people local to the Belmullet area.

Speaking after the inquest, Dara Fitzpatrick’s father John said the inquest verdict on Thursday will help bring closure to the family.

He said the families had received “fantastic” support from the people of Belmullet and the local area.

He said it was a very emotional moment but would bring some closure to him and his wife Mary.

“You can grieve normally then. Definitely,” he added.

The inquest, which took place at Belmullet Civic Centre in Co Mayo, heard from a total of 23 witnesses, including Coast Guard crew, members of the RNLI, colleagues of those who were killed in the incident, crash investigators and gardai.

On Wednesday, the inquest heard how the visibility in the moments before the crash was “very poor and dense”.

Vincent Sweeney, who worked as a lighthouse attendant at Blacksod, told the inquest how visibility can change in a matter of minutes.

He said of the visibility on the night of the crash: “It can happen (drop) very fast, it’s very bad. You could hardly see your arm in front of you.

“It was more a mist that turned into a deadly fog. It was like soup. That happened within minutes.”