Spirit Store in Dundalk on 11 June 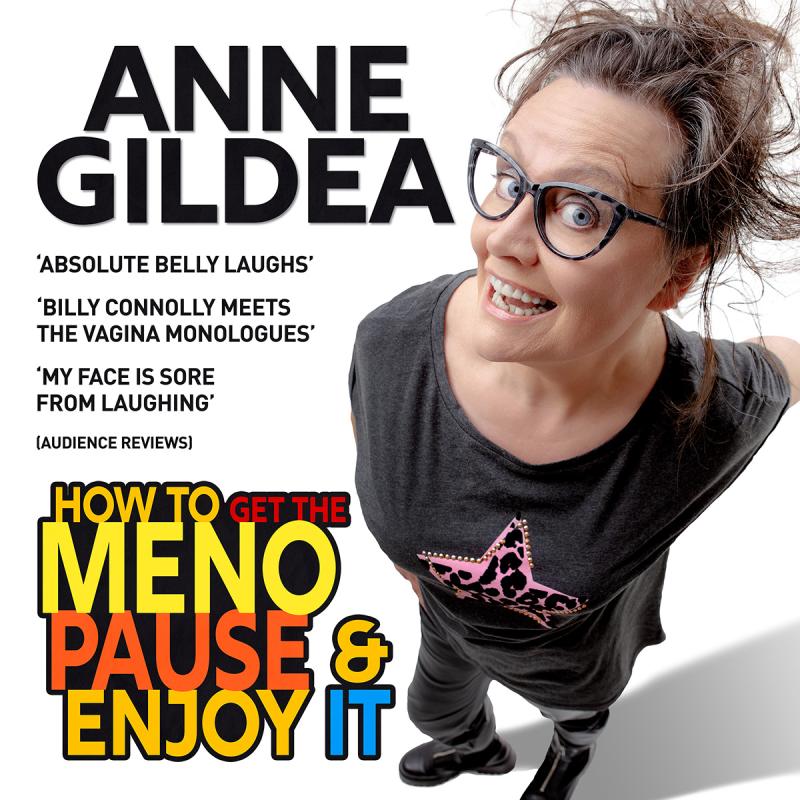 Anne Gildea is waxing her moustache, slathering on the Oestrogel and boiling with excitement about bringing her hilarious new show on the road, hitting the stage of the Spirit Store in Dundalk on June 11 at 8pm.

Join her on this fabulous, informative, wet-your-pants excursion through one of life’s last great mysteries - The Menopause! What is it? Why does it happen? How come some women sail through it and it turns others into off-the-scale nutjobs? Is there anything you can do about it? Why is it named after men? And why oh why is so little known about this inevitable phase of lady-life?

Anne answers all these questions and more as she rips through every angle. Her new show is the result of a desire to talk on stage about all things female and middle aged. It has been received with huge enthusiasm.

Anne Gildea is a Dublin-based writer and comedienne. She was a founder of and writer/performer with critically acclaimed Irish musical-comedy trio The Nualas. She has toured internationally as a stand-up, worked as a sketch writer and actress on telly and radio, done stints as a panelist and a critic, and has worked as a newspaper and radio columnist known for witty social commentary. Anne has published a novel and a memoir. The latter, I’ve got cancer, what’s your excuse? inspired the feature film The Bright Side which premiered in cinemas in August 2021 and was nominated for two IFTAs (2022).

Check out a snippet of the show here: