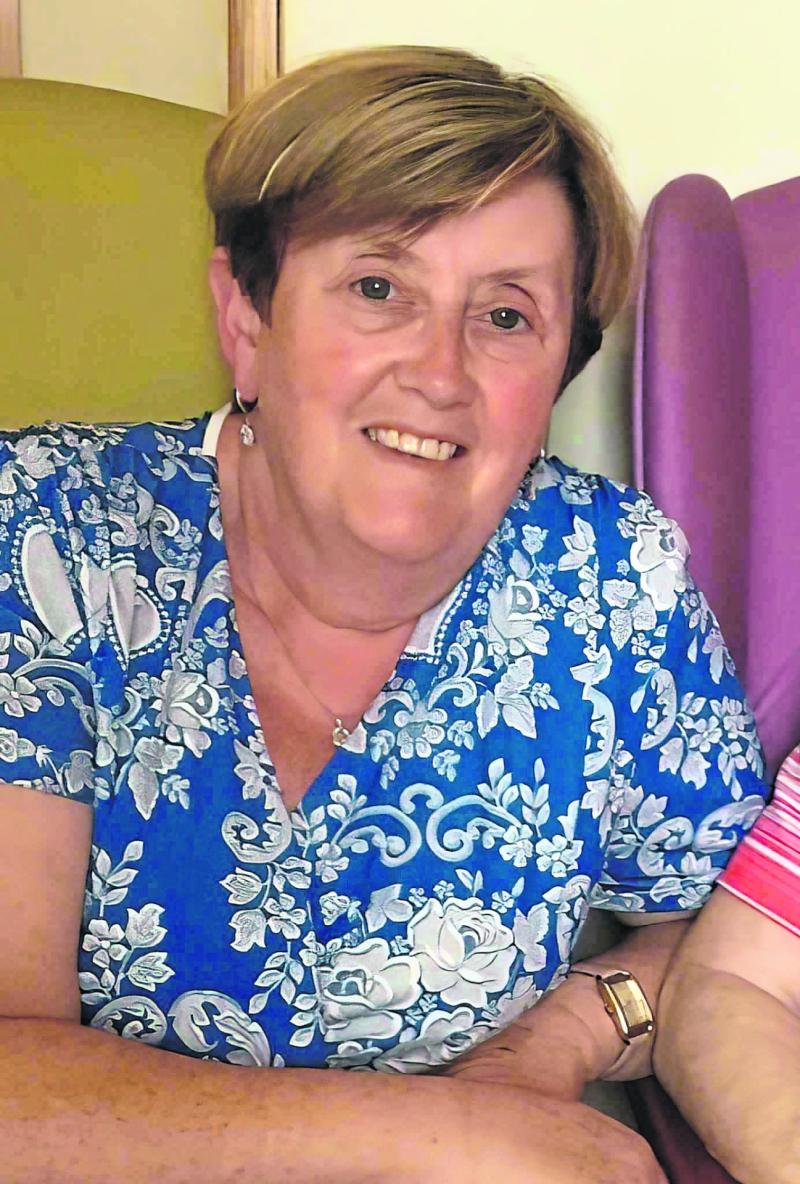 Ann was the eldest of five daughters to John (deceased) and Mary Kirby of Philip St., Dundalk.

She was the natural leader to her four sisters, Yvonne, Geraldine, Patricia and Marie and was affectionally known by them as “Our Ann”.

Childhood memories of summers spent camping at The Cutting in Greenore were very precious to her and they formed a lifetime passion for camping and caravanning.

Ann attended Castletown Girls School and later St. Vincent’s Secondary. Like many young girls of the early ‘Seventies, she was a big fan of The Osmonds and John Denver.

She worked a few summer holidays in Woolworth’s and was always proud to say she was a Woolies Girl.

As a young girl she showed her caring nature by volunteering with The Irish Wheelchair Association and later Dundalk Simon Community. When she finished school Ann joined the Shop and Clerical Staff in the ESB.

Once she was earning a few bob, Ann was eager to see beyond Greenore and the Irish Sea. She visited almost all the European countries mainly with local tour operators Funtrek.

In 1979, Ann met her husband, Pádraig (Pat) McMahon, from Ballyshannon and in 1980, they travelled over land, via Scandinavia, to the Moscow Olympics.

Ann and Pádraig married in May 1981 and set up home in the tranquil setting of Corderry.

Although Ann loved being “on the town”, where she would meet and chat with so many, she was equally at home in the country.

She had a great love for flowers and gardening. Ann displayed her artistic flair when she attended Veronica McMahon’s flower arranging classes and she also encouraged many others to join.

She created a wonderful home full of warmth, with a welcome for everybody and the smell of home cooking. Whether it be fresh scones or a roast dinner, Ann was a master of home cooking.

As a mother to children Seán, Niamh and Áine she supported and encouraged them in every way and was always proud of their achievements.

During her life, Ann never lost contact with her many friends from school, work or holidays.

She continued her lifelong friendship with her French pen pal, Myriam from the age of 13 and she loved visits to Lyon and the Gouttefarde family.

She would organise almost yearly visits to France and research with enthusiasm the route, campsites and places of interest.

Friends who would travel with her would gladly give her a free reign, knowing that it would be a fantastic holiday.

In 2012, Ann was diagnosed with breast cancer and bravely battled following treatment with chemotherapy and radiation.

When Ann recovered from her illness, she became heavily involved with North Louth Hospice, becoming a very active volunteer and then, Secretary for many years.

With her quiet and caring manner coupled with her ability to organise charity events, care and support for those in need, Ann became well known as the kind and thoughtful lady she really was.

Unfortunately, in early March of this year Ann was diagnosed with terminal cancer.

Ann’s faith was always important to her, and she had a special affinity to Padre Pio.

She passed away peacefully at her home in the presence of her loving family.

Ann’s funeral service was on Thursday 14 April in St. Mary’s Church, Knockbridge, at which there was a huge attendance.

The volume of people was a testimony to how this kind lady had touched the hearts of so many.

The guard of honour consisted of her former work colleagues from the ESB, friends from the Flower Arranging Club and her co-volunteers from North Louth Hospice.

The funeral service was conducted by neighbour and family friend Canon Eugune Sweeney and Fr. Gerard Campbell P.P. Ann was interred in Knockbridge alongside her parents-in-law, Pearse and Rita McMahon.