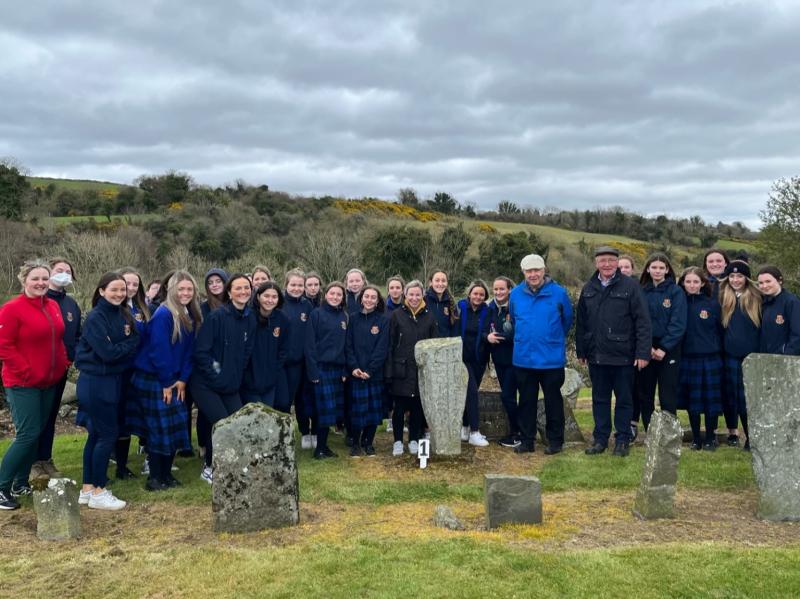 The students disembarked from the bus to the beautiful sound of the bagpipes being played and then enjoyed a guided tour of Faughart graveyard and talk by Roisín Cotter about the historical importance of St Brigid as both a pagan goddess and as a Christian saint with her connection to the local area. 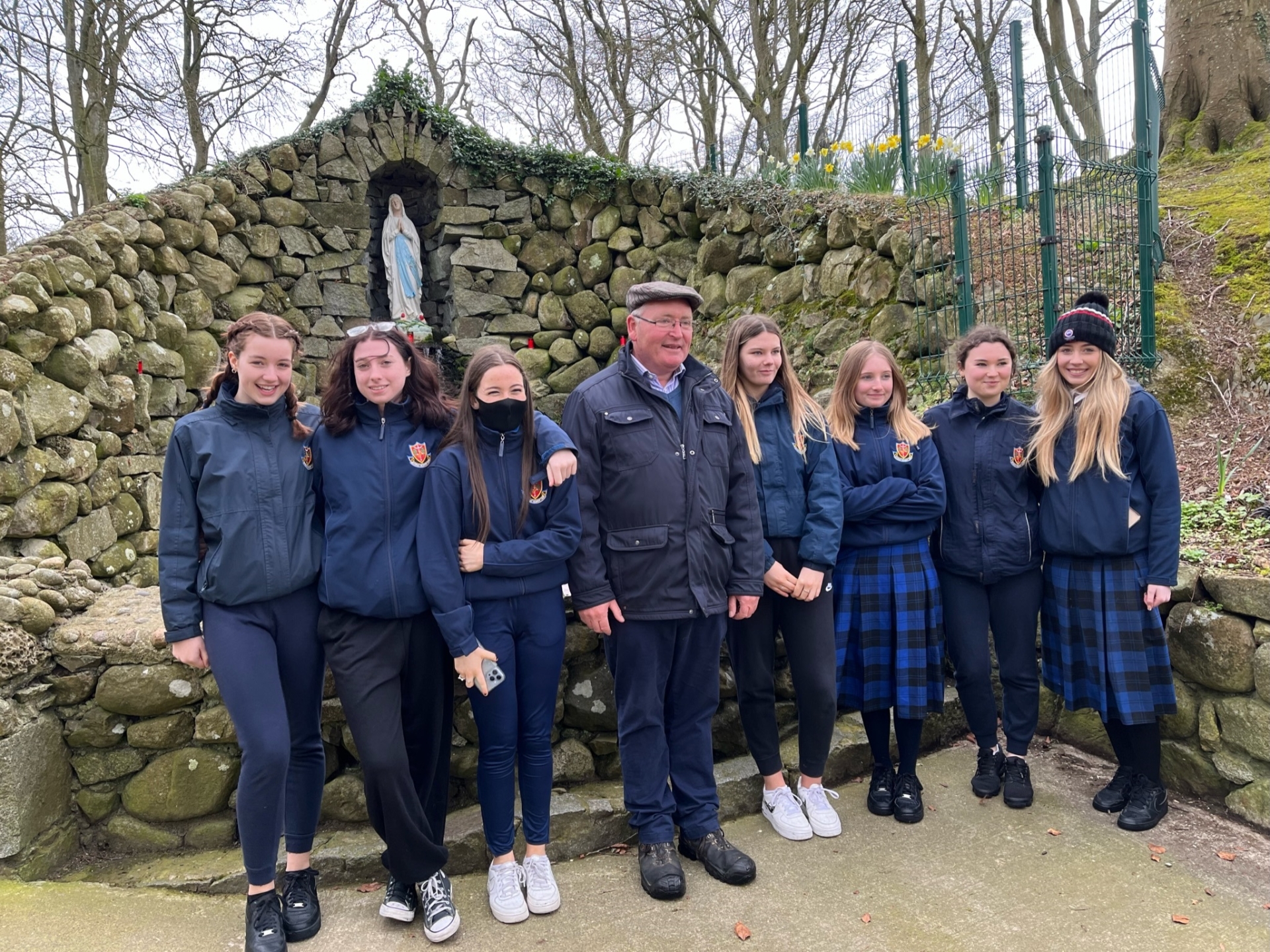 Next on the trip was a short drive to Faughart Shrine to be greeted by Mrs Kitty Roe who has a lifetime affiliation to Faughart Shrine. The students had a tasty lunch break in Kilcurry Community Centre thanks to the generosity of Cllr John Reilly and the catering being provided by Gráinne and Mary Mc Ardle before travelling to Forkhill to walk on the Ring of Gullion to Urney graveyard and burial place of the Gaelic Scholar and poet Peader O’ Doirnin in Dungooley.

Local historian Éamonn  Ó hUallachàin gave a wonderful talk on the poet’s life and historical history of this beautiful area. The tour finished off at Roche Castle to see the Anglo Norman castle and take in the most beautiful landscape of North Louth.

The tour was seen by everyone as a huge success, not and only as a deeply informative experience but also a rare opportunity to connect with the rich local history on our doorstep. Cllr Reilly says he will be planning more historical tours of the Faughart area with different secondary schools in the coming academic year. 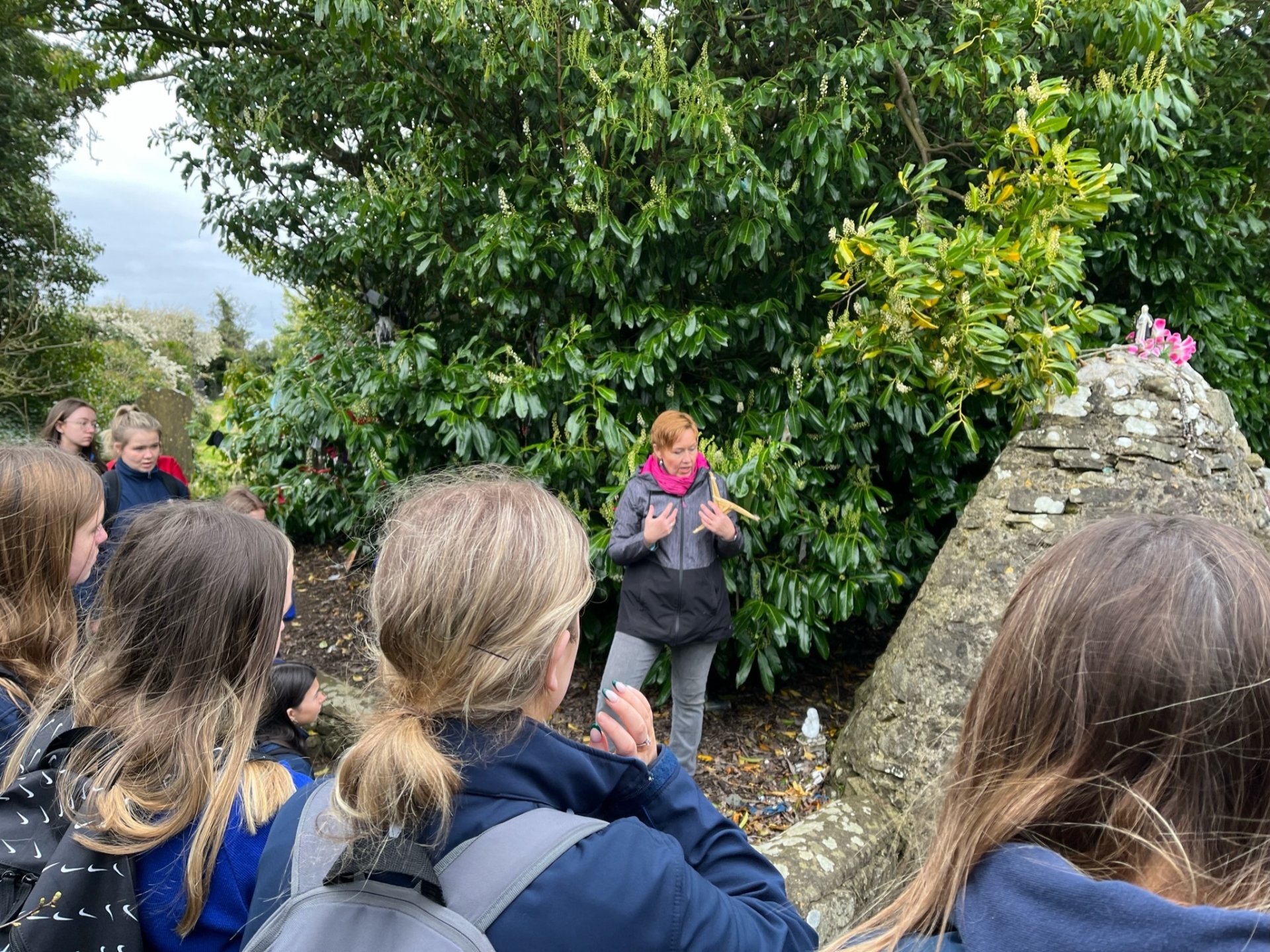