Dismay as €100k for Blackrock footpaths to be returned to government

Rock Road footpaths will not progress as a result 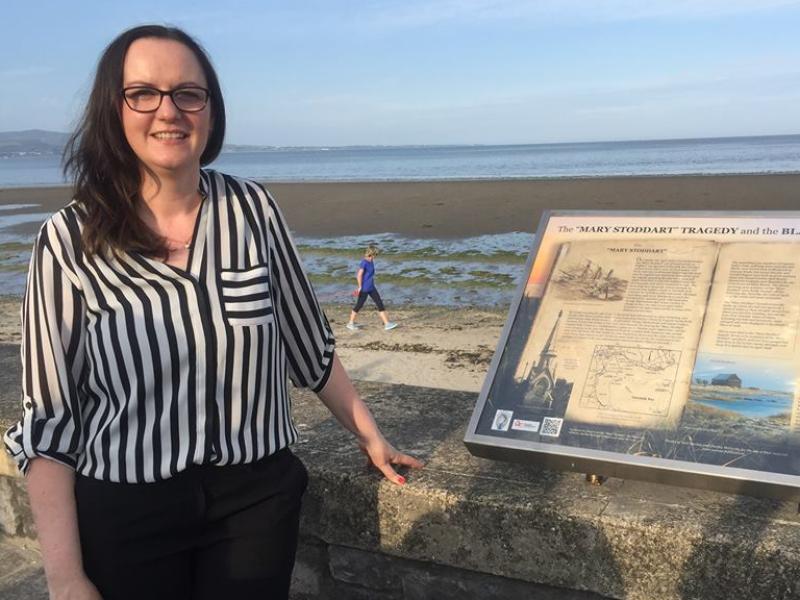 Cathaoirleach of Dundalk Municipal District, Cllr Maria Doyle, told members at the Municipal District's May meeting, that to lose €100,000 funding that was meant for the progression of footpaths on the Rock Road in Blackrock, is "just really shocking".

Cllr Doyle said to members at the May meeting that she received an email the Friday before the bank holiday weekend to say that the Rock Road footpaths would not be proceeding. €100,000 had been secured by Blackrock Tidy Towns through the Town and Village scheme in 2020 but would now have to be returned to the Department of Rural and Community Development because the project had not been completed in time.

The Fine Gael councillor told the meeting that residents along the road had been notified of the plans for the footpaths and designs had been drawn up, and that she had assisted in the project as much as she could, along with Blackrock Tidy Towns as funding applicants. "To lose €100,000 funding for a community project like that is just really shocking", Cllr Doyle commented.

Mr Donnelly added that there are a number of other projects in the county where land ownership is a challenge and will have the same outcome because "the Department are quite clear that if we haven't used the funding within a period we must return the funding. We have no option."

Cllr Doyle asked Mr Donnelly what was done to try and confirm the land ownership but he replied to say that he did not have the details but he understood there was a long engagement with land owners to secure the appropriate authority to use the land. "The ownership must be clarified before we can proceed with the work and draw down the money", he added.

Cllr Doyle went on to say that they had hoped that the funding would have allowed the footpaths to be continued as far as Rock Road East and that the issues were mainly hedges that needed to be set back, commenting that it was a pity that they could not have done most of the footpaths and left gaps, which would not have been ideal, she admits. She added that it was very disappointing to get an email to say the project was being pulled without any explanation was very disappointing.

Mr Donnelly replied to say that it was not possible under the scheme to complete parts and they would have to complete the entire scheme and that setting back hedges requires consent from the landowners. He also apologised for the shortness of the detail in the email sent out but said it was unfair to criticise the day the email was sent out because the the team "don't look at what day of the week it is" when sending our correspondence.

Cllr Doyle spoke to the Dundalk Democrat following the meeting, where she outlined her shock at finding out the funding was being pulled. "The Town and Village funding does have a time frame attached to it but with Covid that was pushed out", she said, and that "I wasn't under any impression that it was going to be pulled or anything like that. I thought it was imminent, even so far as that the letters had gone out to the residents. The email I got just said it was cancelled – it didn't give any further information".

She went on to say that "as far as I was aware, and I have detailed conversations with the engineers, for all of it, its just on the curtilage of the road, its on the side of the road but some part of it may be hedges may need to have been cut back or set back slightly, but I didn't think there was any need to requisition land."

Cllr Doyle acknowledged that for the project now to go ahead, "land ownership is the biggest issue. Part of the Town and Village scheme is that you need community support – it was Blackrock Tidy Towns that made the funding application because it has to be a community group. I worked with them on that. I had a couple meetings as well a few years back in the community centre and had a petition, and all that was included in part of these applications as well to show that this had community support. I don't know the full reason why and I will be submitting a question to the Department to find out more details because the information I have from the Council doesn't give me specifics."

"€100,000 – it's terrible and it's gone back into the Departments coffers", she adds."It's not even that it can be used elsewhere in Louth for a similar or different project. It's gone, it's lost to Louth. There was two years to complete this project. It could have been completed within that time.

"The funding that we were allocated, probably wasn't enough for the CPO process, if that was required, we were hoping for community support on it. I think it had community support. Since I started on Louth County Council in 2014. When working in Blackrock, it was probably the single most frequent request was footpaths on the Rock Road, which is why I've set about working on this since 2014.

"A lot of people walk there and a lot of people even go out to Blackrock to walk who aren't even from Blackrock. It wasn't only for people who wanted to walk for leisure [reasons], really it was for the children and elderly people too, that they didn't have to walk on a grass verge on the side of a road, that they would have a safe walking route."

Commenting on Mr Donnelly taking issue with people complaining about the timing of the announcement, Cllr Doyle said "I had been in communication regularly with council staff on this for several years, and to get told in a group email without any explanation, with no one picking up the phone, or even including in the email the reason why, and having to go back again after, I would say, eight years of work on it."

With regards the future of the project Cllr Doyle said that "the majority of the funding came through community group and myself trying to source that funding for the project, nationally. But we're not engineers, we need the council to execute the project. I'll be pushing the council to provide the funding to do the footpath properly."

Cllr Doyle concluded by saying that she hopes "the project overall isn't dead in the water", adding that "I think we should never ever as a local authority come to the stage where we are sending money back that we cannot use, when we should be able to use it."