Trip Through Time: The Pubs of Dundalk 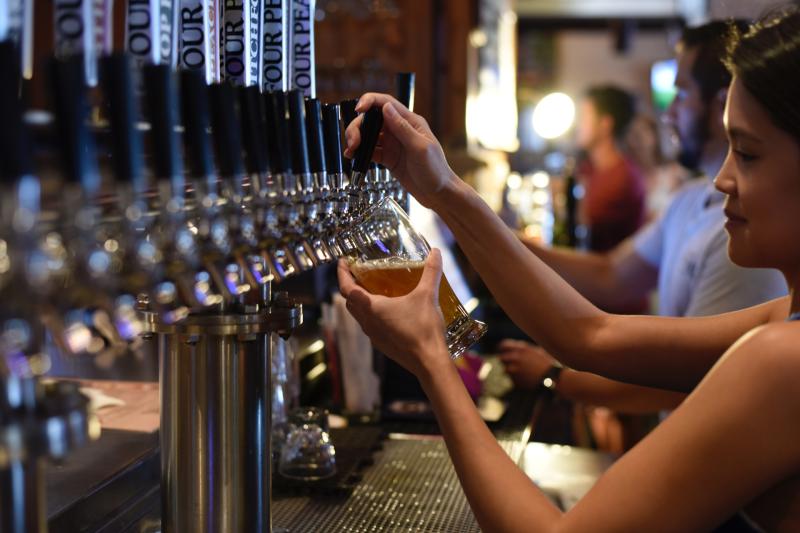 In relation to a a question I asked recently regarding the restrictions placed on a certain public house in Dundalk about 200 years ago arising from the alleged meetings of a secret society on the premises,

I have been reminded by a friend of mine, who knows quite a bit about the licencing laws, that there once were quite a few premises in Dundalk that held only 'Six Day licences'.

This basically meant that they could not open for trade on Sundays but they were cheaper than full seven day licences.

These licences came into existence as a result of the British Licencing Act of 1872 and were designed to allow for publicans who had moral reservations about selling intoxicating liquor on a Sunday!

Actually there were quite a few licenced premises in Dundalk in the last century that had what would now be considered strange restrictions, and even exemptions, placed on their licences.

I can recall one small pub at Roden Place that could only sell beer to customers and not spirits or wines.

This may not have been all that uncommon in the previous 19th century as I can recall many public houses around Dundalk in the middle last century that still had the words 'licensed to sell beer and spirits' written on their signage boards.

In fact, I noticed just last week one Dundalk premises that has such sign at the front.

Have any of my readers noticed it?

There was one exemption to this law, however, and it was one by which it was legal to sell up to a pint of spirits to much younger boys, but not girls, provided it was in a sealed container!

The explanation for this exemption was that many young boys were employed by firms, like breweries and provision merchants, as messengers who were required to go into pubs to collect intoxicating liquor for customers!

I do not know if this is still the law but it brings up the question of certain landlords still being reluctant to sell drink to females, if such still exist in modern Dundalk?

The pub trade was once a very important part of Dundalk social life which may have led to many unhappy family lives but it must be said that most Dundalk licenced vintners have conducted their trade very well over the years and have been very supportive of the clients and local charities!

I wonder, however, if all this is coming to an end as a result of the Covid 19 pandemic of recent which has resulted in the closure of many local premises.

This fact has been brought to my attention recently when I notice that one leading premises in the centre of town and that had been a great meeting place in the mornings for many friends and groups seems to have closed its doors permanently.

The starkness in this behaviour change has been revealed to me when I read in Victor Whitmarsh's photographic album 'Old Dundalk' that, back in 1917 there were still 138 licensed vintners or publicans trading in Dundalk town, out of 338 in County Louth.

That, of course, did not include other places that might have been trading in alcohol illegally.

Looking at old Tempest annuals I see that there still must have been up to 100 such licences in existence in Dundalk up to fifty years ago - but now I doubt if there can now be 38 pubs trading in Dundalk at the present time.

Some might say this is 'not much loss to our society' but I wonder if this is really true when one considers, apart form the loss of the licensing revenue, the loss in employment to Dundalk?

There is also the loss of the rates which paid for services in the County and even, if I dare mention the subject, the loss of water charges revenue where domestic households may be asked to make up that loss.

You see a lot of water is used in public houses!