Darness into Light returns 7 May 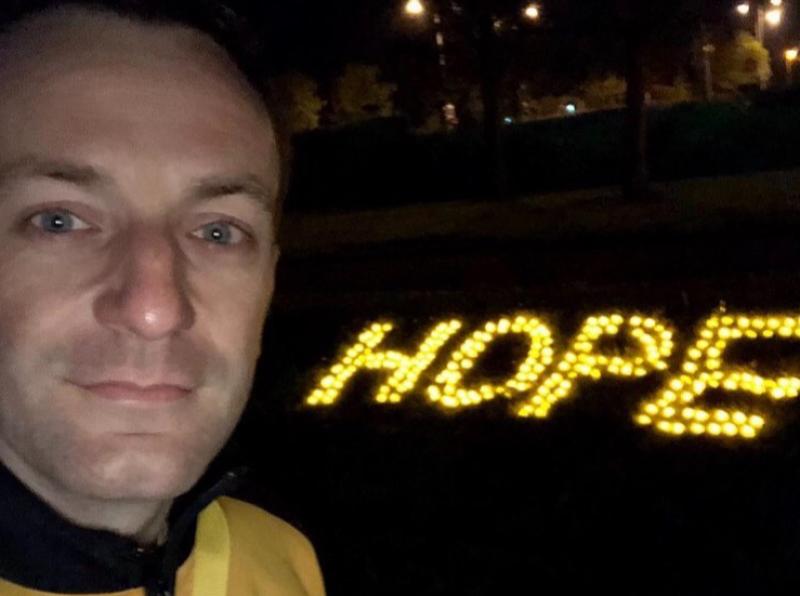 "Hope. That is the one word that needs to resonate and its to give people that are feeling down, feeling that there is no way out”, explains Darkness into Light Event Director for Dundalk, Cllr Sean Kelly. The Darkness into Light walk in aid of Pieta House returns to Dundalk on May7, for the first in person event in three years.

Sean spoke to the Dundalk Democrat about the preparations that are taking place for this year's walk. He says that he “kind of walked himself into” organising the Dundalk event. “Joan Freeman who is the founder of Pieta House was a Senator in Leinster House at the time. I could never understand why there was no Darkness into Light walk in Dundalk. “So I caught her one day and I asked why there was none in Dundalk. She said that there was no one willing to take it with organising it. “I said I'd do it, not realising the amount of work that would be involved and here I am, five years later!”

“The next few weeks are hectic enough” he explains, “we've got our sign up weekends at the Marshes. You've probably seen out posters up around town, and up in shops, we've been busy doing that. “And then there is all the media and social media work. Every post on social media, what people don't see is all the messages that flood in after it and they all have to be responded to. “But saying that”, he adds, “there's no I in team and thankfully I've got an amazing committee of 12 people who chip in and do their bit.

“There's just so much work behind the scenes as well as regards vetting, getting insurance on the night, insurance and event management plan and the gardaí and the Red Cross. “I had never realised how much work stuff like this takes but when you consider there's going to be a couple of thousand people there on the night, it's to be expected.”

Hope is still the message he wants people to take from the event. He gives a little analogy to help explain. “The last actual in person event we had, the committee ourselves, we were up in DkIT early that night, from 11 or 12 that night setting up. I remember some of us were out making the Hope sign. Whatever happened, I was left standing on my own at the Hope sign at half two in the morning completely and utterly freezing cold, dark, literally no body around.

“For one small moment, I got that feeling of what some people who are dealing with bad mental health, going through tough times, must feel like. “That you're so alone, that there's no one around to help. But that exact same spot that I was standing in an hour later, there was thousands of people, singing, laughing, crying together.
“So no matter how dark it feels at times, hope is always around the corner and I think that's the essential message of darkness into light.”

Like many people who give their time to help others in the face of adversity, Sean remains positive. “You just have to keep ramming home the message that there are good people out there trying to do their best – that will be showcased on that Friday night/Saturday morning on 7 May, when you will see thousands of people. "In Louth, for a long time it was only happening in Dundalk and Drogheda, you would have seen the thousands there in 2017 and 2018 because we were the only venue in the north east. Now there are so many other venues, you've got Crossmaglen, you've got Ardee, Dunleer. Our success is that we've got so many of these other venues up and running in other places.

The route, like in previous years, starts and finishes at DkIT. “Down the Dublin Road to Hill Street Bridge”, says Sean, “down the Avenue Road to the roundabout, back up the Inner Relief Road and around at the roundabout there at Hoey's Lane and back at DkIT.” “And this year we're doing our reflective silent kilometre. Kilometre four to five is to be completely silent to remember those we've lost to suicide.”

You can register for this year's Darkness into Light walk by going to www.darknessintolight.ie and selecting Louth in the drop down menu. The walk begins at around 4.15. For more information follow the Facebook page: www.facebook.com
/DarknessIntoLightDLK. 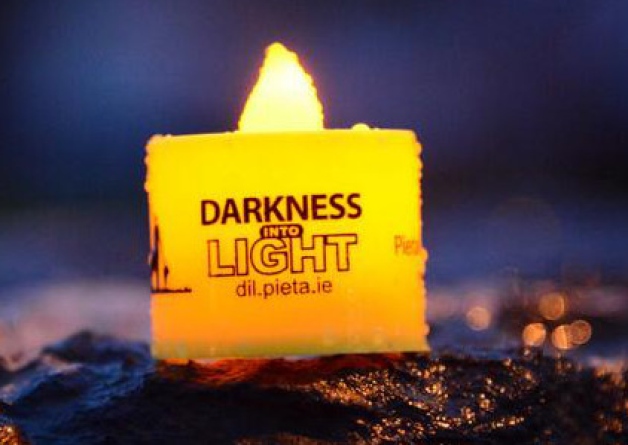