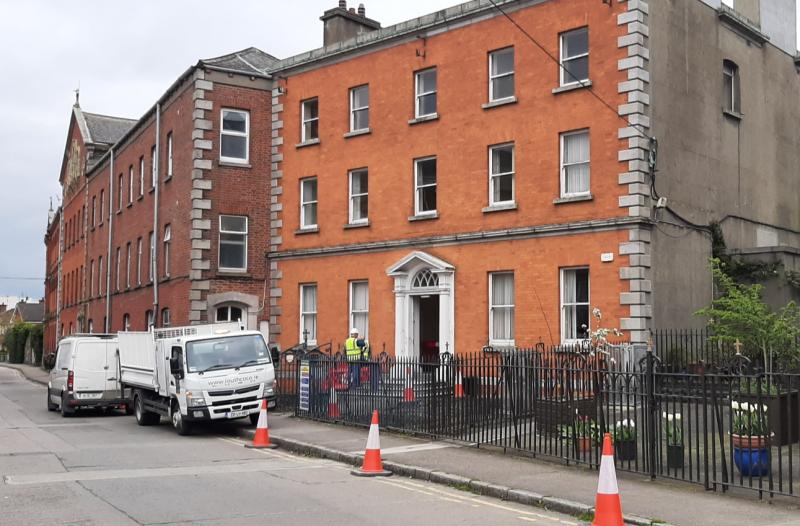 Louth County Council told councillors at the local authority's April meeting that it is currently preparing the former Marist building at Nicholas St in Dundalk, to accommodate refugees fleeing the war in Ukraine.

Members at the April meeting were given an update on Louth County Council's response to the crisis by Chief Executive Joan Martin, who told the meeting that she has set up a crisis management team, chaired by Director of Services, Ms Catherine Duff, to help take some of the pressure off Director of Services, Mr Paddy Donnelly, and the Housing team in Louth County Council.

Ms Martin said that one of the reasons for setting up the crisis management team was that it “spreads the load across the Council” and that it gives Ms Duff access to the entire workforce of the local authority, meaning that in theory, it means everybody in the organisation is available to give some of their time to it. Ms Martin told the meeting that the first priority for the refugees was securing accommodation and after that it was key issues like health and social welfare payments.

Ms Duff told the meeting that a number of officials in Louth County Council are in the crisis management team to help address issues, including Ms Aoife Lawlor, who is the project lead for sourcing locations that could be made suitable for accommodation in a quick turn around time. Other issues being addressed by officials in the local authority are rest centres and fire safety, agreements with property owners and also dealing with pets that some refugees have brought with them.
Ms Duff told the meeting, that 57 people are being accommodated in properties in Drogheda, with a further 52 in properties in Blackrock.

The Director of Services added that the local authority is now progressing to other areas, including the St John of Gods facility, St Mary's in Drumcar and the former Marist building on Nicholas Street in Dundalk, where work has started on making them ready.

Ms Duff also told the members that 13 properties in the county have been pledged to the Council to house refugees - six are in urban areas in Louth and seven in rural areas. She added that 67 refugees have been in the Dundalk Sports Centre since Easter Monday and longer term accommodation is now being sought for those people.