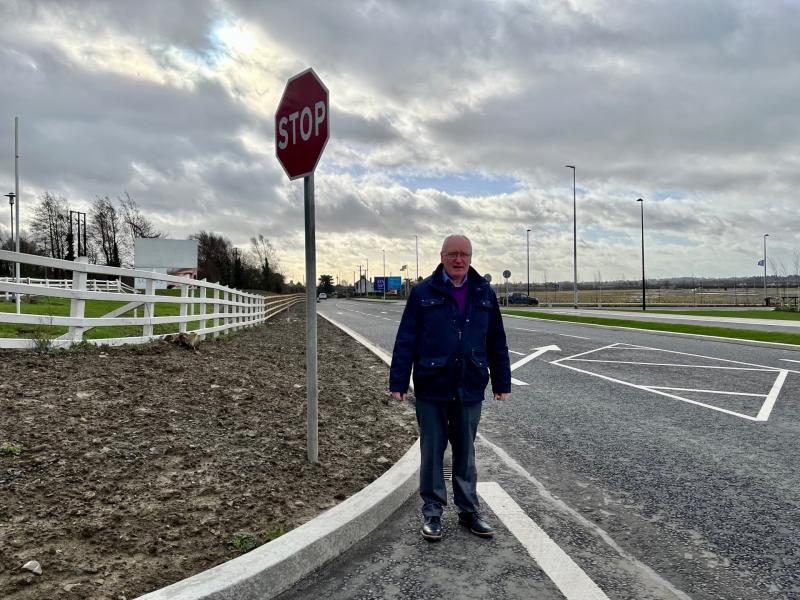 Kilcurry based councillor John Reilly has made his concerns known at the last number of County Council meetings regarding the lack of a footpath at the entrance to the Carnbeg Hotel on the Armagh Rd.

The recent road realignment has left the pedestrians using the hotel in a precarious situation.

Cllr Reilly claims that they have to walk right onto the very busy road and cross with no traffic calming measures.

Last week, Cllr Reilly came across about seven asylum seekers walking home to the hotel in the evening time and walking on the road in the face of oncoming traffic.

The hotel is currently leased by the Department of Justice and is being used as a place of residence for asylum seekers and refugees.

On speaking with the asylum seekers, Cllr Reilly says he learned that they completely agreed with him on there being a road safety issue on this stretch of road.

Cllr Reilly was informed that the Department of Justice has organised a mini bus twice daily for the refugees to go in and out of town.

He says that his in itself confirms that the department is aware that there is a severe safety issue on this road.

Cllr Reilly strongly believes that a more permanent solution needs to be found but with the current war in Ukraine, the refugee numbers are only going to increase which means something needs to be done about this stretch of road's pedestrian safety issue.

Cllr Reilly says that as a local councillor in this area, he sees first hand the pedestrian problem that this road realignment has caused and action needs to be taken sooner rather than later before a serious fatality occurs.