Ukrainian woman speaks about her journey to Dundalk 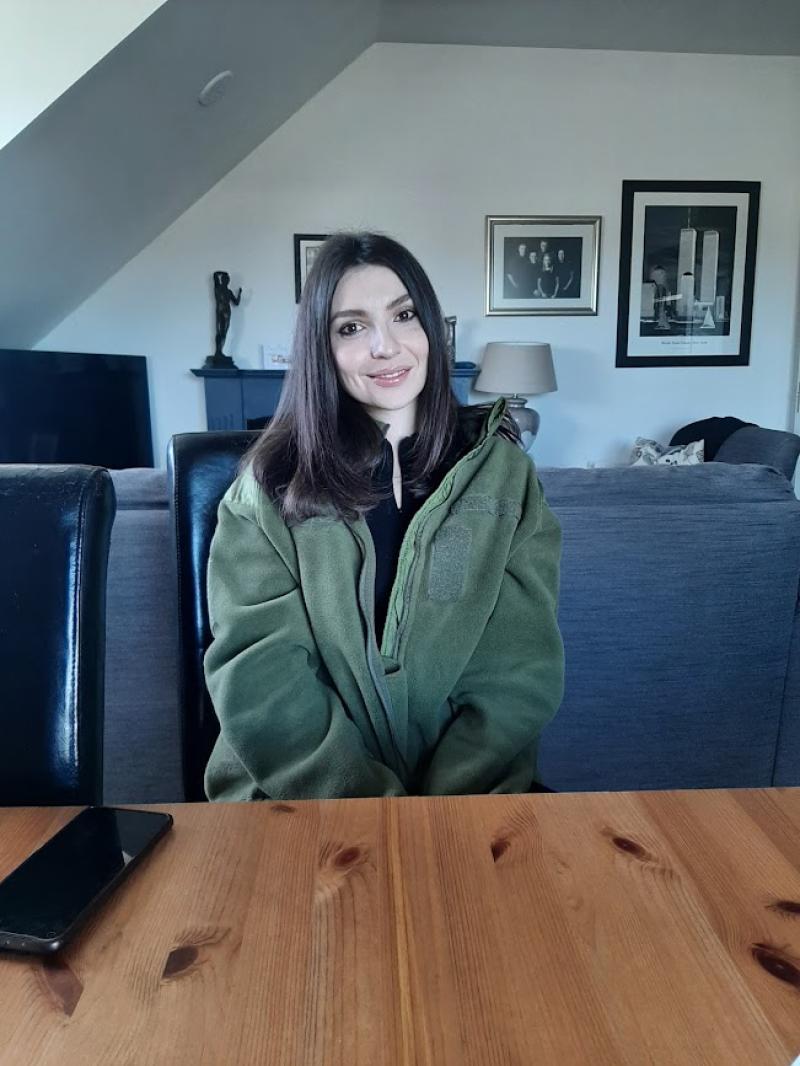 Liliia Smirnova is a Ukrainian woman who arrived in Dundalk a few weeks ago with nothing but the clothes she stood up in and a warm quilted jacket.

She left the city of Mykolaiv in a hurry with Russian artillery fire getting nearer to her home.

The 24-year-old was among the first wave of refugees who arrived in Ireland soon after the Russian invasion.

Liliia told how a few days before she left she had been watching a movie with her husband at their apartment.

It was to be their last night of peace together.

The movie was Gone with the Wind, and she spoke about how she remembered a reference that Scarlett O’Hara made about having Irish blood in her veins.

She said she believes she had a ‘mystical experience’ as soon afterwards when her mother called in the early hours of the morning, to say she could hear the city suburbs being bombarded, Liliia immediately thought of her sister living in Ireland and realised that this was going to be a place of sanctuary for her in time of war.

She described the call as “the most horrible moment of my life”.

Liliia said she and her husband headed off by car towards the border with Moldova, normally a journey of just several hours, but it took them three days and she had to wait at the border for two days with no food and just water.

She said she was frightened along the way because they had to drive past mines strewn across roads which had been damaged.

She said she lost six kgs in weight because of a lack of food, and had just two litres of water in the car for the trip.
On the long journey to Moldova, Liliia said she “felt ready to die and prayed for a fast death, if it came”.

As widely reported many Ukrainian refugees were shot and killed by Russian soldiers at checkpoints, so the dangers for civilians were real.

Before heading to an airport in Romania and saying goodbye to her husband, she stayed overnight in a hotel where she witnessed people traumatised by war.

She vividly recalls an elderly woman who was “disturbed and confused, she seemed to have lost her mind”, it was “scary”, said Liliia.

She says she has been “traumatised” by her experiences and worries about the war and her parents. Her father is a soldier in the Ukrainian army.

During her interview with the Dundalk Democrat Liliia wore her father’s army issue, green general-purpose jacket, to remind herself of her dad and to feel him near her.

Liliia says she had a normal life in Ukraine before the war. She worked as a speech therapist and coached politicians, celebrities and business people in public speaking.

She also worked with a local television station doing voice over reports.

She said she is adjusting to live in Dundalk with her sister and brother-in-law, but the scars of what she has experienced will take some time to heal, and the living with the pain of leaving her husband and family behind her.

But Liliia is adamant the Russians “will not break the Ukrainian spirit” and she wants Irish people to send “their love and prayers and support” to the people of Ukraine. Ireland she says is “an amazing country, and in a mystical way invited her here”.