Transforming an 1830's mill into a new home 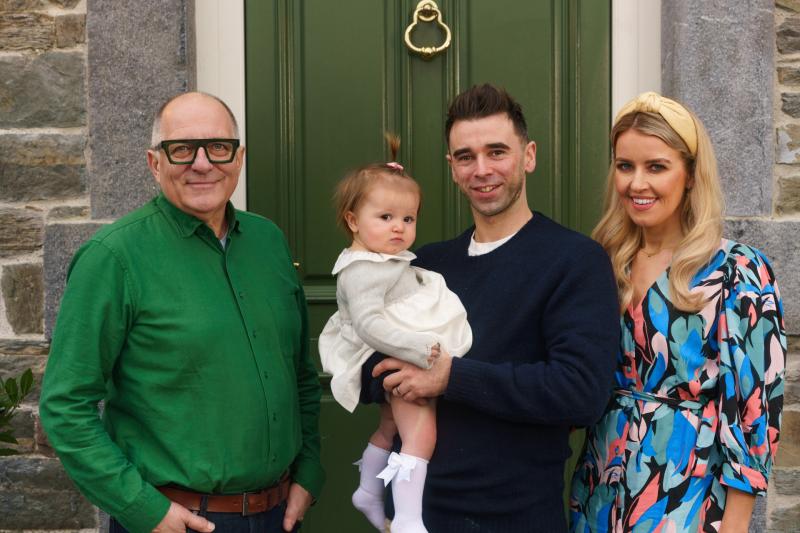 "Once the diggers came in on day one, I knew we were going to succeed” says Kelly Gaffney. Speaking to Kelly for just a short time, it is clear to see that she has the drive and ambition to take on a mammoth task like converting an 1830's mill into a home.

Dunleer couple, Kelly Gaffney and her husband Paddy Connor, featured in last Sunday's The Great House Revival on RTE 1. Gym manager Kelly and barber Paddy were gifted a patch of land in the small town of Dunleer, Co Louth by Paddy's parents. The mill was missing every one of its 43 windows and most of its roof and floors, but they saw past that and thought of its potential.

“We just got married and we were looking for somewhere to put down our 'forever home', explains Kelly, saying that initially they had planned to put down a new build. She says however, “it was on a site visit one day that we came down the field where we were going to put our new build and I looked at the mill. It was covered in ivy and I thought, wouldn't that be amazing to do up. It never left me. It started from there. I love old buildings, I grew up driving by restored old buildings. A few houses were done up around the area, I just love the look of old buildings, so that's where it started”, she explains.

The size of the mill and the task ahead was going to be a tough one, Kelly acknowledged. “There was a lot of sleepless nights, I'm not going to lie. I felt at numerous stages I got in too deep, [we had] spent a lot of money at that stage and wanted to back out and cut our losses.” Their families were a huge source of support to them however. “Our parents were very involved with encouragement. There was never a sign of doubt. My whole family. They were very much, 'no you know what you're doing'.”

Kelly says that it wasn't until they knew what it was going to cost them that it changed from being just a dream. “We just didn't know until we met John, our contractor. When we knew what it was really going to cost us – it was just a dream until that. I was very naive at that stage but I had a dream and that was it and I was pushing forward with it. There was a lot of 'will this happen, won't it happen?'”, she explains.

Kelly says her biggest fear going into the task was “the fear of the unknown”. “What was going to creep up. What was the old building going to throw up? It's very old, you have to expect this.” Their contractor John Hanratty, from Collon, was a huge help in this regard, Kelly says. “He was very informative, telling us things like 'look we're going to test this out and these are the options that could come up. All of those options could incur more of your budget'.” Kelly adds that they owe a lot to John.

“He is amazing, We owe him an awful lot. He shared our vision – it was his baby as well. He fell in love [with the building]. A lot of people laughed at us, a lot of people told us we were crazy, a lot said we need to be millionaires to do this – whereas John went in there, he did his homework. He didn't give me a price for a month, until he got all his sub-contractors in and he fell in love with the place. “He was amazing to have in our corner. He took an awful lot of the stress away. You could tell he was just as passionate as we were. He wanted to prove a lot of people wrong too.”

Their families were also very supportive. “Talking back to them now, they say 'Kelly, Paddy, we thought you were crazy. But you were so passionate, we are your family, we want to encourage you'.
“I'd ring my sisters and go, I don't think this is going to work out and they'd be like, 'no Kelly, just push on, you've come this far. This was all before the diggers came in on day one. Once the diggers came in on day one, I knew we were going to succeed.” 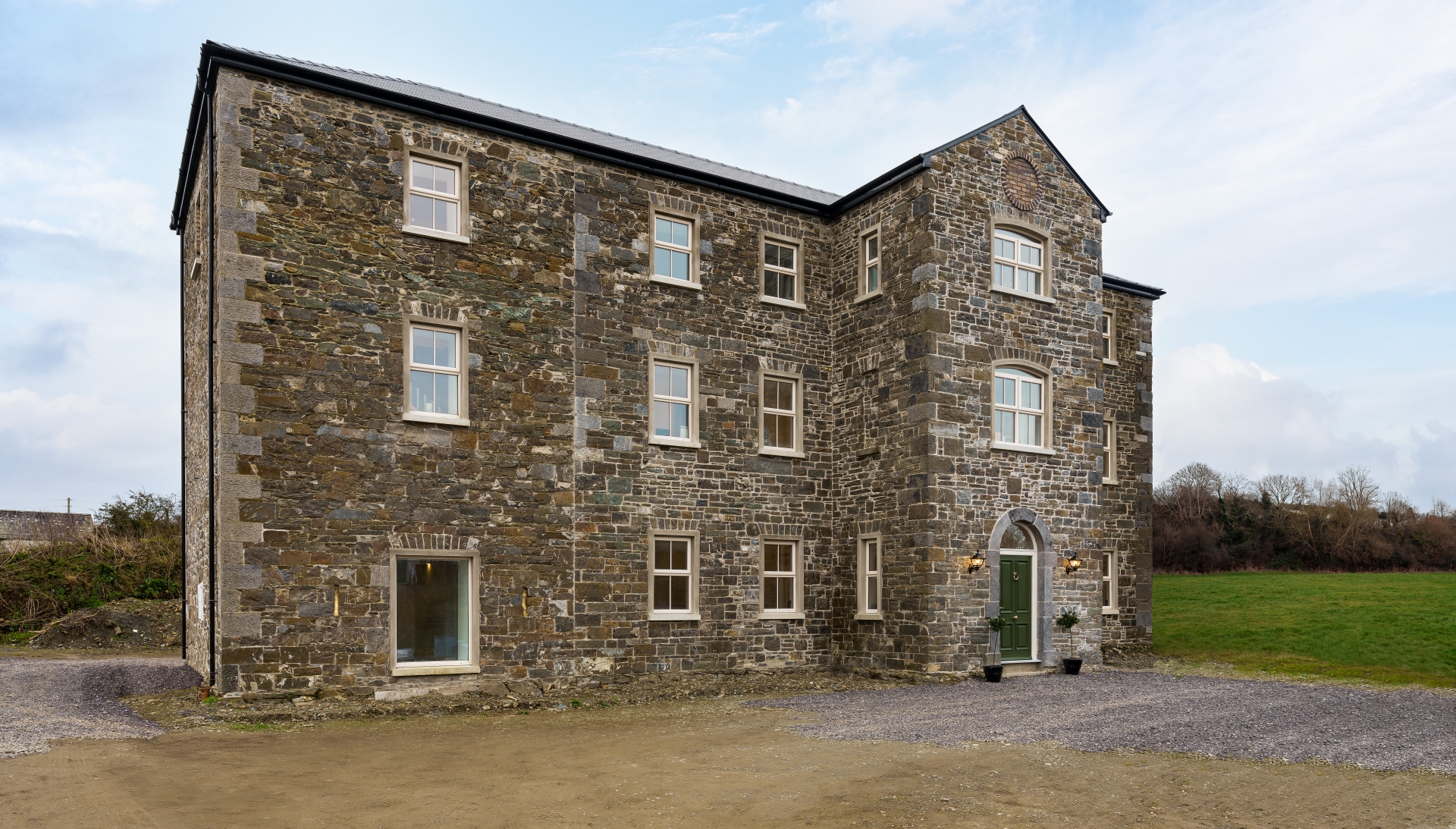 “I have to say, the experience we had – I wouldn't change it for the world. I think it was amazing to go through that.”
Included in the renovation of the mill to a liveable home, was the conversion of the kiln area to a stairwell with a utility room alongside. The rest of the ground floor area was converted to a kitchen-dining-living area.
The floor above was divided into a bathroom and three bedrooms, with a void opening to the kitchen down below. They decided that for now, they would leave the third floor unfinished and complete it at a future date.