Trip Through Time: Where was Dundalk's first supermarket? 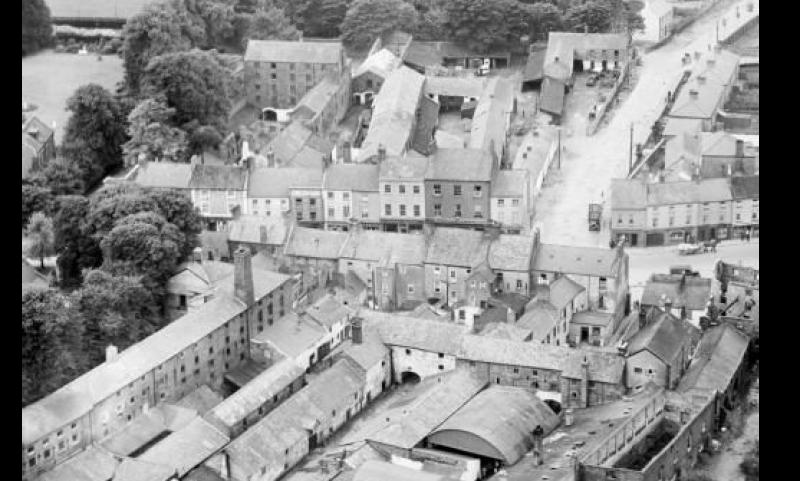 When was Earl Street pedestrianised?

The changing of the shortest main street in Dundalk from being part of the main road from Dublin to Belfast into the first pedestrianised area in Dundalk took place over a period of nearly thirty years. The first big change came in the late 1960s when the stretch between the Square and the middle of Park Street was made one-way in a southerly direction, with the north bound traffic being diverted into the Demesne. The next big change came in the mid-nineties when the street was closed to traffic for street surface repairs. Some vehicles were allowed to drive through until bollards were placed at either end. Other works later took place, including the planting of trees and the area was not fully pedestrianised until the Tain Bridge was opened to traffic in the spring of 1996.

What does the monument at the Square end of the Earl Street commemorate?

This work of sculpture by local artist Sandra Bell was placed there about 20 years ago to commemorate the visit of President William Clinton to Dundalk on December 12, 2000. Clinton gave an address to what was described at the time as one of the largest public gatherings in Dundalk since Daniel O'Connell held a Repeal of the Act of Union Meeting at Roden Place in 1841. Clinton was presented with a maquette of the sculpture, which is reputed to be still on display in the Presidential Oval Office, in Washington D.C..

He was a landscape gardener named Thomas Wright from Somerset, England, who designed the layout of the Demesne attached to Dundalk House in the 1740s for James Hamilton, remembered as 'Lord Limerick', who became the First Earl of Clanbrassil in 1756. Wright used the pen name 'Louthiana' when he wrote about and sketched the archaeological monuments of North Louth while he lived in Dundalk. The Demesne was purchased from the Roden Estate by the Dundalk Urban Council in the 1920s for the development of houses and other facilities in the centre of Dundalk.

Where was Dundalk first supermarket?

There was a wholesale grocery store opened at 2/5 Clanbrassil Street, opposite the G.P.O., in the 1960s by Fergal Quinn, in premises that had been formerly owned by the Eakins hardware company, destroyed by fire in the 1940s. The Quinn store was reputed to have been the first supermarket in provincial Ireland.

When did An Garda Síochána first move into their Crescent Station?

When were speed limit signs in kilometres per hour first erected in Dundalk?

What is the correct name of the birds on the official crest of Dundalk?

What does the red band (known as 'bend') on the Heraldic Crest of Dundalk represent?