Trip Through Time: The history of the development of Dundalk Port 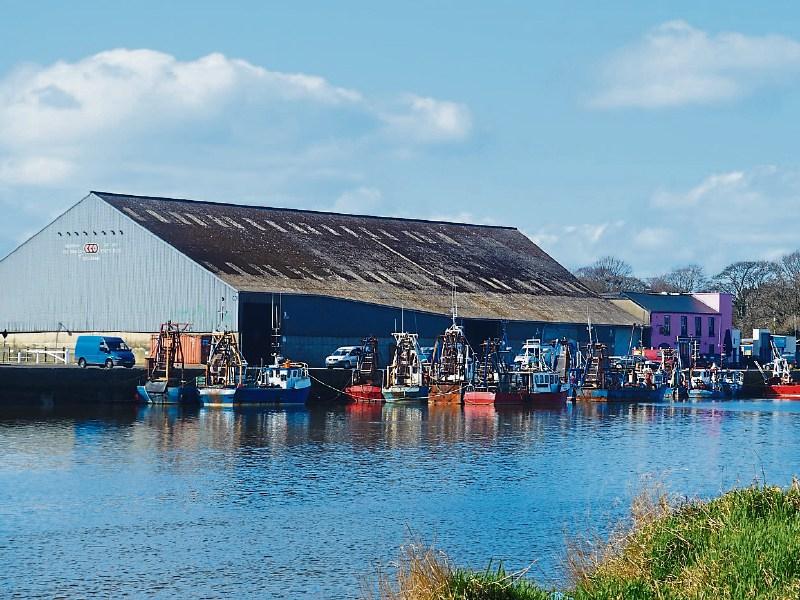 Last week, when I wrote about the Loakers area on the approach to Blackrock, I mentioned that Charlie McCarthy had given me much valuable information about that area of Dundalk Bay between the Castletown and Fane Rivers.

When writing I was conscious that area near the Bar where the fresh water of the Castletown enters the Bay, known to some as ‘Salt Marshes’, must have been very important to the development of Dundalk Port in the late eighteenth and early nineteenth centuries!

A survey of this area of foreshore had been made in the first decade of the present century and I am sure much valuable information about it has been gathered, which will prove very valuable to future generations living in the area.

However, I wonder how many living near this shore are aware that it must have been very different before the Sea Rampart in front of the South Marsh was constructed over 250 years ago?

A clue as to how this came about is contained in Padraic Ua Dubhthaigh’s ‘Book of Dundalk’- published in 1846.

In this book Paddy Duffy (as the author was known to my father) states:

“In 1543 a report to Parliament (the old Irish Parliament in Dublin) on the conditions of the Irish harbours, described Carlingford as “a good haven”, Dundalk as ‘a creek” and Drogheda as ‘a bad haven”. Dundalk harbour was naturally shallow and, as a result, largely left to its own devices; it was of little consequences."

All this was to change when – ‘In 1767 the Irish Parliament voted £2,000 for the improvement of the Harbour and £400 a year thereafter. The expenditure was entrusted to Lord Limerick (James Hamilton) and it is alleged that he utilized a portion of it in constructing a Rampart from Soldier’s Point towards which improved his land holdings without adding to the efficiency of the Harbour. The yearly grant was paid for eight years.’

Now Duffy was an ardent nationalist and no great lover of the Roden family, and it is understandable that he believed that the money was misspent but it must be admitted that the construction of this Sea Rampart was an important development for the future of Dundalk in modern times.

Duffy does not say how much was actually spent on the construction of the Rampart, if he knew?

But the total of £5,200 was an enormous amount in the 1760s – perhaps as much as 15 million euros in today’s money - and maybe, it was a pity that the Rampart was not continued on as far as McGuigan’s Rock. Then again, perhaps, the crossing of the Loackers might have proved a more costly engineering feat in those far-off days?

The ‘Book of Dundalk’ goes on to state that:

‘“In 1837 the affairs of the Harbour were regularised by the passing of an Act providing for the election of Harbour Commissioners with certain shipping or property qualifications.

Following this reform, an extensive scheme of improvement was entered upon by the designer Sir John McNeill (the great railway engineer who lived at Mountpleasent). This included the building the building of the embankment from the Soldier’s Point to the Steampacket Quay - which occupied about eight years from 1840 to 1848.”

It can truly be said that the construction of this ‘embankment’, which came to be known as ‘The Navvy Bank’, along with the coming of the railways, marked the beginning of the growth of Dundalk as an important industrial centre!

In my youth Dundalk was a ‘coal importing town’ which depended on that fossil fuel to keep its industries, such as the railways, the Gas Works and many factories, going and very much depended on its importation through the local Port.