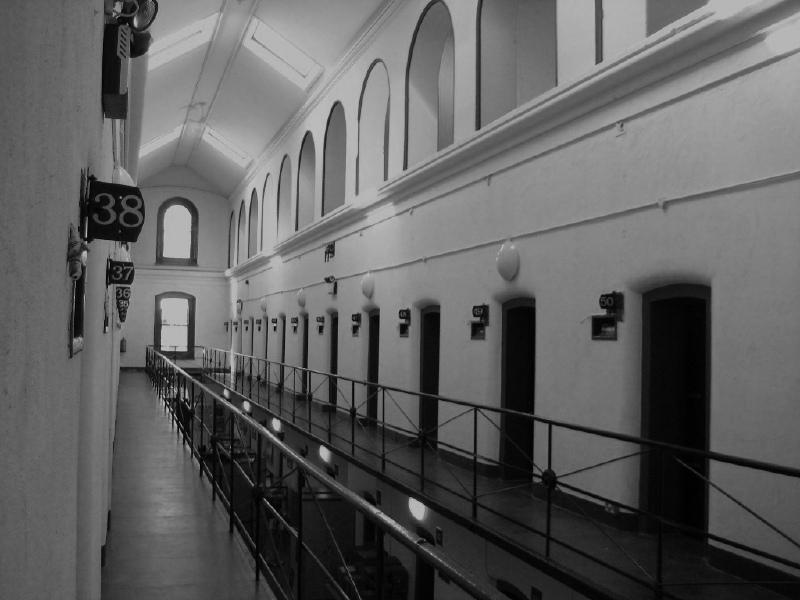 The launch of a short-film and accompanying booklet on ‘Dundalk Jail during the Civil War’ took place in Louth County Archives Service on 23 March 2022 to commemorate the forthcoming centenary of the ‘Hole in the Wall’ escape that occurred in July 1922.

It was launched by An Cathaoirleach, Cllr Pio Smith. Also speaking at the event were Joan Martin, CE of Louth County Council and Donal Hall, president of the County Louth Archaeological & Historical Society, who researched and wrote the script.

Louth County Archives preserves and makes available local records illustrating the development of the county. It is part of the former prison that became a chief factor in the revolutionary period in Co Louth. In addition to holding political prisoners, the prison was the setting for hunger strikes, several escapes and three executions.

Due to the general interest in what took place at this time, it was decided that a definitive account of the events that led up to the ‘Hole in the Wall’ escape should be created. The account focusses on the Government invasion of Dundalk in July 1922, the imprisonment and subsequent mass escape of Frank Aiken and his men, the capture of Dundalk by Aiken in August, the recapture by Government three days later, and the use of the gaol to hold anti-Treaty prisoners. The booklet contains a transcript list of escapees and a list of Co Louth Civil War fatalities. Both the film and the booklet feature archives that were donated locally as well as several from national repositories.

It is intended that the project will help in giving a better understanding of the events in Louth during this significant, yet very difficult period in our history. The short-film will be available on Louth County Archives YouTube channel and the booklet can be accessed on the website www.louthcoco.ie, while hard-copies of the booklet will be available from the libraries and County Archives.