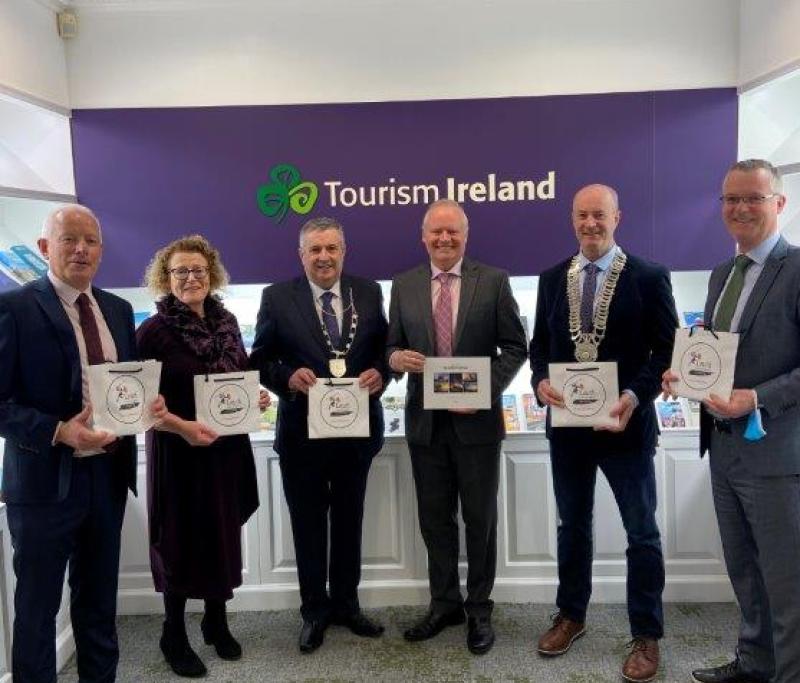 Louth County Council representatives say they were delighted to receive an invitation to New York, from the Louth New York Society, to celebrate St. Patrick’s Day. The society was formed in 1906 and to this day maintains strong ties with the wee county both through the emigrants it welcomes in, and those who return to Ireland investing back into the County.

Those who responded to the invitation and flew to New York to represent Louth were; An Cathaoirleach of Louth County Council, Cllr Pio Smith as first citizen of Louth; Mr. Joe McGuinness, Director of Services for Corporate and Emergency Services; Cllr. Jim Tenanty, Cathaoirleach of Ardee Municipal District; and Mr. Thomas McEvoy, Head of Enterprise, Local Enterprise Office.

Louth County Council say that while "it was a fantastic opportunity to strengthen existing ties and to walk in the Parade in New York, it was not all play for St. Patrick’s Day".

One of the strategic objectives of Louth County Council’s Corporate Plan is ‘Economic Development & Job Creation’ and Foreign Direct Investment is seen as vital to the growth of the economy. Working on a packed agenda, the representatives met with, amongst others, the IDA, Tourism Ireland, the Irish Consulate, and Enterprise Ireland. The delegation say that they reminded all, that Louth as a county is open and ready for business, is strategically located on the Dublin Belfast Economic Corridor, has third level institutions providing a resident educated workforce, has a rich heritage and cultural landscape and "is quite simply fabulous!"

The group privately also met Drogheda native, Ms Geraldine Nason Byrne, Irish Ambassador to the UN. It was a busy weekend for the representatives who were back in time to attend and take part in the Ceremonies of Remembrance and Reflection on Sunday 20 March which took place in Dundalk and Drogheda at 11am and 3pm respectively.