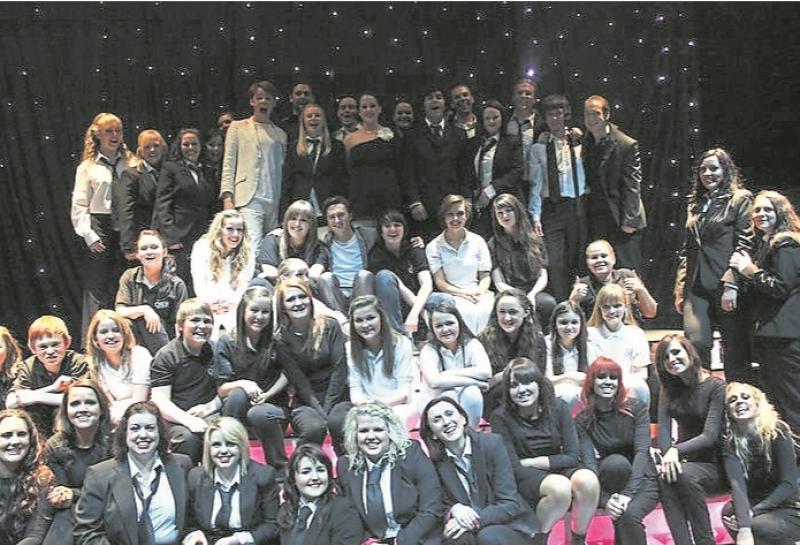 It has been two years since S.O.N.G. Dundalk had to cancel their planned production of Jekyll & Hyde due to the pandemic.
Over the past two years, they have kept themselves busy with Zoom Quiz Nights, interviews and Q&A’s with some of the West End and Broadway’s Leading Performers including Killian Donnelly who is currently playing The Phantom in The Phantom of the Opera and Bradley Jaden who is currently playing Javert in Les Miserables. The most memorable was a live Interview and Q&A with Claude-Michel Schonberg, Composer of Les Miserables and Miss Saigon.

In the past year, they have produced a streamed concert, a live concert both from An Táin Arts Centre and a concert recently in Dundalk Golf Club. Now their next production will be in a new and exciting format. An audio, visual and live performance concert in the Crowne Plaza Hotel.

Over 60 past and present members of S.O.N.G. are getting together to look back over the past 16 years of S.O.N.G. and pay tribute to the twelve musicals they have performed in that time. Oliver, Les Miserables, Jesus Christ Superstar, Jekyll & Hyde, Chess, Joseph, The Pirate Queen, Little Women, Sweeney Todd, Evita , The Wizard of Oz and Annie.

Terese Dunne, Director of S.O.N.G. said: “Whilst we did keep ourselves very busy over the past two years, the cast and crew all missed the in person social interaction that we were always so use to, from rehearsals to performing.
“Over the past two years, talk of past shows featured a lot and stories of memories we all had were spoken about.
“For this production, we are bringing a mix of footage and recordings from our shows, filmed interviews with some of our cast and crew and live performances of songs from the musicals.The response from all our cast and crews, past and present, has been phenomenal with over 60 taking part and many more attending.We guarantee a great night of entertainment.”

“Reviewing the Situation” will take place in The Crowne Plaza Hotel on Friday 22nd and Saturday 23rd April 2022 at 8pm, cabaret style seating will limit the available tickets to 175 per night. Tickets will go on sale very soon, they can be prebooked by emailing songdundalk@gmail.com or WhatsApp 086 8963079.
Future plans for S.O.N.G. include a musical to be announced soon, which will take place in November 2022 in An Táin Arts Centre.