Stabannon Parnells supporting local cancer group as part of its Win a Wedding or €20k fundraiser. 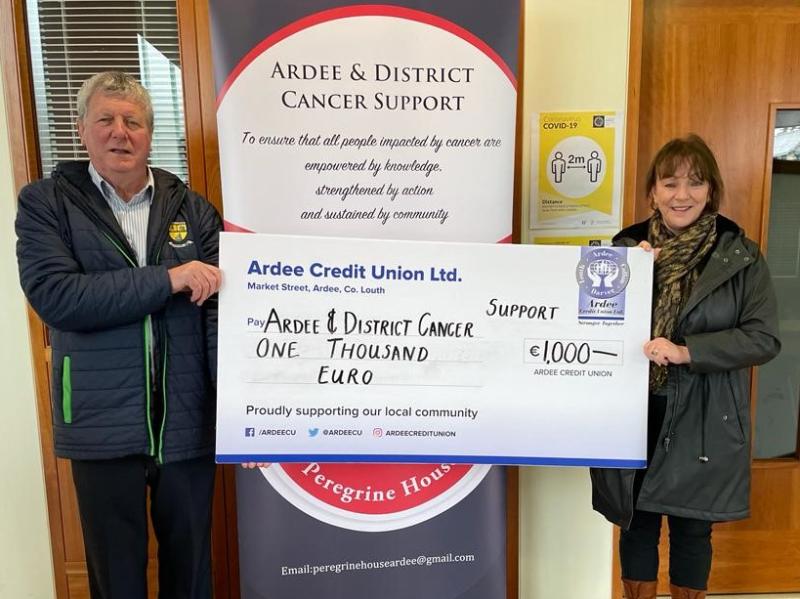 The word cancer is one that is all too familiar to those both within and outside of GAA circles and is an illness that has affects many. A GAA club at the heart of County Louth, Stabannon Parnells, is supporting local group, Ardee and District Cancer Support Group as part of its Win a Wedding or €20k fundraiser.  The GAA club has donated €2000 to the group as a result of the ongoing success of its fundraiser.

The club says it is supporting this charity as it is local, and its success will have a significant impact on the people of mid Louth and surrounding areas.  Ardee and District Cancer Support Group was officially formed in 2020 to support the people of Ardee and surrounding districts who have cancer and other illnesses.  The cancer journey, as with all illnesses can be difficult, frightening and a painful experience.  Ardee and District Cancer Support group is bringing this project to the next level.  The group also aim to support the families and friends of cancer patients in any way possible. The current aim of the group is to purchase a property to support people and their families who are suffering from cancer and other illnesses. All funds raised for this group will go towards the purchase of the property.

Rose McCusker, Chairperson of Ardee and District Cancer Support group has said that "she is very grateful and appreciative of all the hard work that Stabannon Parnells have done in highlighting this charity through their fundraising campaign and the group are extremely grateful for the money donated".

In November of 2021, Stabannon Parnells donated €1000 to the group and in March 2021 the GAA club was able to present a cheque for another €1000 due to the success of their Win a Wedding or €20k Fundraiser. The Win a Wedding or €20k fundraiser offers one lucky winner the opportunity to win a Wedding at Bellingham Castle, plus a honeymoon package or €20,000 cash alternative for only €20.

It’s a fairy tale dream of many to get married in a Castle, and for one lucky couple this dream could be made a reality, by simply entering a competition at stabannonparnells@clubforce.com. The mid-Louth club say that by purchasing a ticket for this fundraiser you are supporting a local GAA club and a local charity. The draw will take place on Sunday 27 March 2021 at 8pm, with winners announced on social media and through local press immediately after the draw takes place.