Majority of students back neutrality at Dundalk IT EU talk 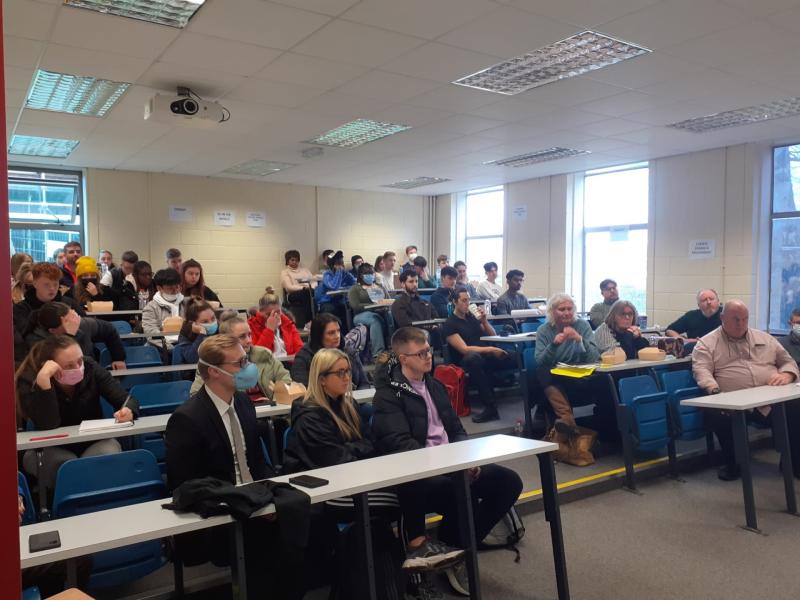 Majority of students back neutrality at Dundalk IT EU talk

Ireland should remain a neutral country according to the majority of students at a talk organised by Colm Markey MEP at Dundalk Institute of Technology (DkIT) on Monday. The event took place to coincide with the European Year of Youth 2022 and the Conference on the Future of Europe - an initiative to debate the direction of the European Union.

Defence issues dominated the discussion but some 40 students in attendance were also keen to talk about education, climate change, the digital transformation and the housing crisis.

The Fine Gael MEP said, “As 2022 is EU Year of Youth, I felt it was important to engage with students to discuss the direction of travel of the European Union and find out what issues should be prioritised. We debated the main themes of the Conference of the Future of Europe, which include climate change, health, democracy, education and migration. Much of the discussion centred around the worrying situation in Ukraine and the repercussions of the war.

"A majority were in favour of Ireland remaining neutral in order to help push for diplomatic solutions to conflict. The students were also very engaged in educational reform and supported radical changes to the Leaving Cert. I was surprised to learn that not everyone in the room was aware of the Erasmus programme, which allows students to live and study in another EU country for free. It is clear that more work needs to be done in Ireland to promote this once-in-a-lifetime opportunity."

Mr Markey continued, "It’s a pivotal moment for the EU. As we emerge from Brexit and the COVID-19 pandemic, we face new challenges - a war on European soil and a climate emergency being the most pressing. We have seen in our own country how positive societal change can happen when we listen to people. Our own Citizen Assemblies led to equal marriage and a woman’s right to choose.

"However, I am sceptical about the current level of engagement in EU issues and believe we are not doing enough to listen to the ordinary person on the ground. Although the Conference on the Future of Europe is wrapping up, I hope other versions will continue into the future and that more is done on a wider level to include the citizen perspective so we don’t end up talking to ourselves in the Brussels bubble”, he concluded.