Calls for action to regenerate living quarters over retail units 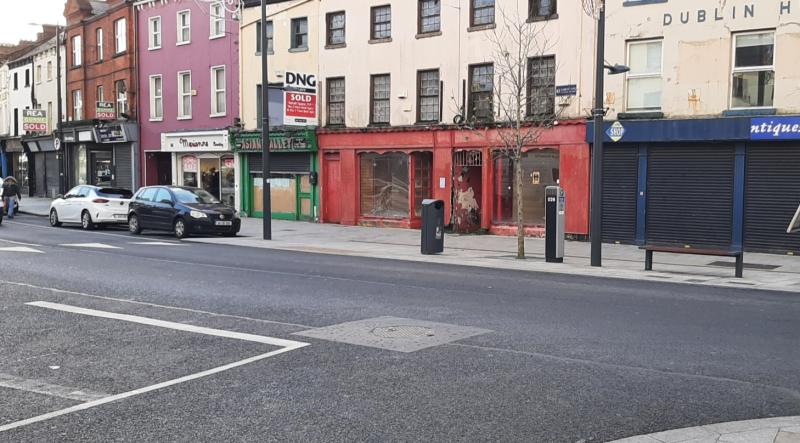 Deputy Fitzpatrick was speaking during a discussion last week on the recently published Town Centre First policy. He told the Dáil that "anybody travelling through any town in Ireland today is sure to find a vast number of vacant properties", adding that on Clanbrassil Street in Dundalk, there are "vacant shop units and, overhead, many vacant living spaces."

He asked that why, during a housing crisis, "why more is not being done to regenerate the vacant properties in towns such as Dundalk and Drogheda and, not only that, to regenerate the living quarters that are often over the retail units in the main trading places."

He went on to say that "in Dundalk there is a major problem among multinational companies trying to recruit workers because there is no suitable accommodation. Nothing is available and this is making it increasingly difficult to attract workers to the town. I have spoken to a number of these employers and they all tell me the same story that accommodation is a problem when trying to attract employees to the area.

"That is why I fully support any initiative that might help. I welcome the town centre first plan and will fully support it as long as it produces the right outcomes. We do not want another talking shop with lots of different people talking and nothing happening on the ground.

Further in his Dáil contribution, Deputy Fitzpatrick said that "what we need is for people to work together locally to identify the areas that need help and to direct resources to where they are badly needed. A lot of work continues to be done in Dundalk in the northern end of the town and we are starting to see results. I have no doubt that the regeneration will transform the towns like Dundalk and can see it happen already in the northern quarter there."

He concluded by saying that "there are many vacant properties in Dundalk, Drogheda and other towns. I hope that the Government injects the necessary funds. It is common sense that to make money, money has to be invested. Many multinational companies will come to Dundalk and attract many people with them.

"Those people will come with families, children and everything else but they have nowhere to live. These shops may not suit young families but single people or married people just starting off could move in."