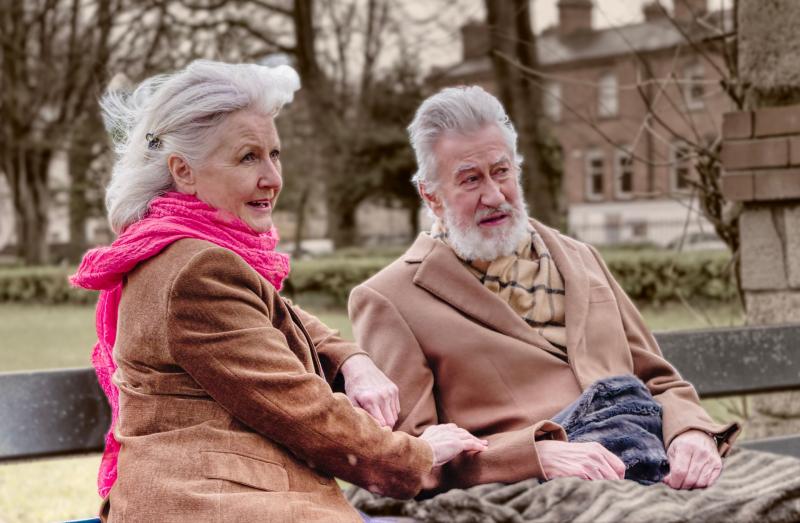 Soap star Una Crawford O’Brien who plays Renee Phelan in the RTÉ show Fair City is currently getting ready to embark on a nationwide tour. The Carrigstown star will be playing the lead role in the critically acclaimed hit show Halcyon Days which will be showing at An Táin Arts Centre, Dundalk on Thursday 31st March, as part of a 10 theatre tour across Ireland. O’Brien will star in the show alongside actor Barry McGovern known for his award-winning one-man Beckett shows.

Halcyon Days is written by Irish playwright Deirdre Kinahan and is a hilarious and poignant story, set in a nursing home, that dramatises the emerging friendship between Patricia played by Crawford O'Brien and Sean played by McGovern. As the pair negotiate their failing health, a combative and charming friendship begins to blossom.

The show is directed by Joe Devlin of Directions Out Theatre Company and speaking ahead of the national tour Devlin remarked: “Halcyon days is a play about hope. Filled with unexpected surprises the show explores the importance of companionship in life as we grow older. It is a play about staying positive despite the odds. The message is that no matter how hopeless a situation might seem we are always capable of love, laughter, and of future meaning.”

Halcyon Days will be showing at An Táin Arts Centre, Dundalk on Thursday 31st March at 8 pm. Tickets start at €14. For more information visit http://www.halcyondaystour.com/