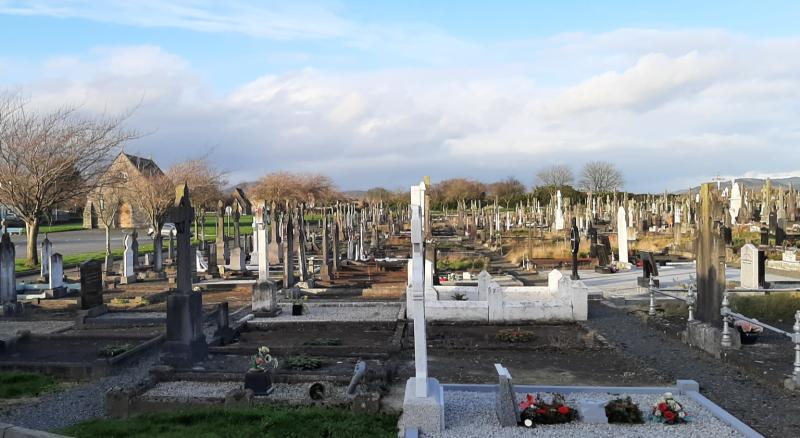 Dowdallshill Graveyard is a lawn cemetery that is supposed to be kept clear of fences, Louth County Council have confirmed, and it will look to writing out to plot owners to clarify this with them, Dundalk councillors were told at the Dundalk Municipal District February meeting.

Cllr Maeve Yore raised the matter at the February meeting, where she asked the executive to confirm it, when someone buys a plot in Dowdallshill Graveyard, that the terms and conditions say that no fences are allowed on the grave in the lawn cemetery.

Cllr Yore told members at the meeting that she has had "numerous representations", about people who are erecting fences at the plots, as well as seats and other items on them in some places. She asked if the Council could send out letters to the plot owners in relation to this.

The Dundalk councillor explained that she, Cllr Edel Corrigan, Cllr Conor Keelan and Cllr Sean Kelly, are part of the Dowdallshill working group, which has seen "great progress" in its works. She added that she wanted to express her appreciation and say well done to Ian Durnin, the engineer they were dealing with for all the work at the graveyard.

Cllr Yore further added that they intend reseeding the lawn cemetary and level it off, and that there are path laid, including shingle paths at the front. "There's great work being done", Cllr Yore remarked and added, "it has to be one rule for all".

In response, Senior Executive Officer, Willie Walsh, confirmed that Dowdallshill Graveyard is a lawn cemetary that is supposed to be kept clear. He added that they would look to writing out to plot owners confirming this.