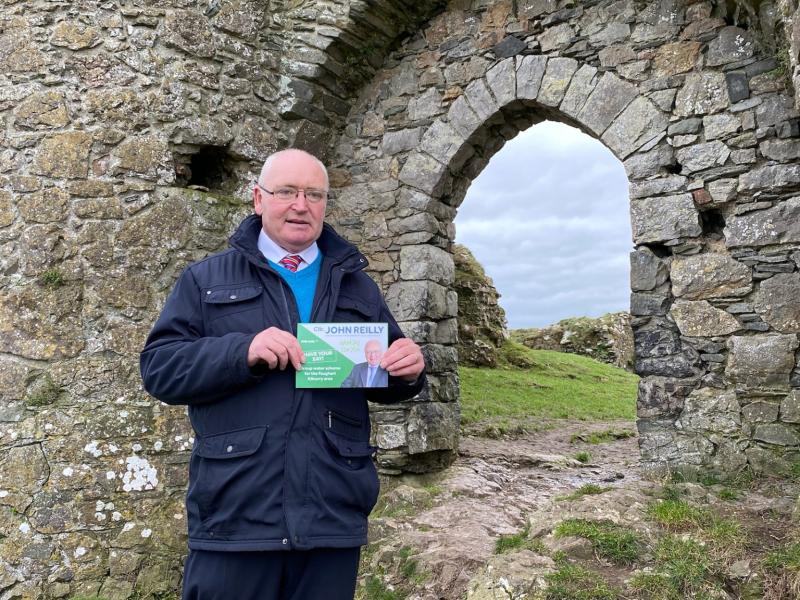 Ever since Councillor John Reilly was co-opted onto Louth County Council last year, he says that one issue has been mentioned to him time and time again: the area from Faughart to Kilcurry has no mains water supply. The main reason for this he says, dates back to a “failed water scheme from the 1970s” and the “lack of political will on behalf of the Dundalk Council at the time”.

Commenting on the water supply in Dundalk at the time, Cllr Reilly says that “Dundalk in the 1970s had a poor water supply and had two thriving breweries with a large demand for water. The consensus was that the supply of water simply wasn’t there.”

He explains that the water scheme from this time, was to take a supply of water from the Dungooley river with the construction of an appropriate pumping house to supply this area. It was felt at this time that this would take up too much of the water flowing into the Castletown river  and subsequently did not go ahead.

Cllr Reilly says he has been making continual efforts over the last few months to extend the mains water supply to the Faughart and Kilcurry area, with Ravensdale being the next area to be considered. He has been having discussions with Irish Water and Louth County Council and as it currently stands, he says, “Irish Water is prepared to extend the mains water supply  but only through the establishment of a group water scheme”.

The Fine Gael councillor said that the setting up of a water scheme is “by no means easy but certainly not impossible”. He explains that it would require the formation of a limited company and members of a board to administer and apply to central government for grants under the guidance of the national federation of group water schemes.

Cllr Reilly said that as a public representative for the Faughart/Kilcurry area, he would be “lacking” in his duties if he did not address this problem. He commented that on a weekly basis he is being asked for grant forms for new wells, most due to poor supply of water or contamination in the existing well.

Reilly said that his first step in this journey is to carry out a survey of the demands for a mains water supply.
A leaflet will be sent out with a return post card provided and will require the households details and if they are interested in the group water scheme.

The information will be used only for calculating the demand for a mains water supply, he confirms, and Irish Water are suggesting approximately 60% of households would be needed in order to go ahead.

Reilly has said that this is “only the very first step on the road to getting a mains water supply” and it is a matter for each individual household to assess whether this is a priority for them.
Cllr Reilly assures that “if the demand is there, I will be a strong voice on Louth County Council fighting for this issue that has been denied since 1974.”