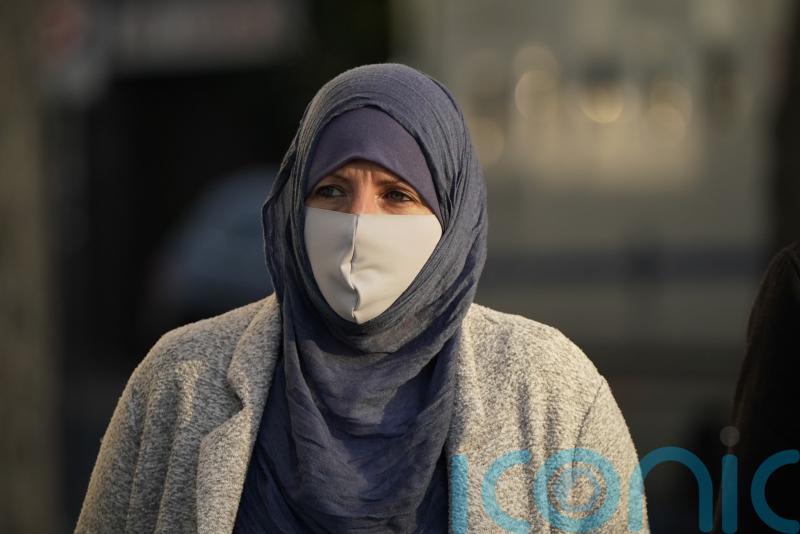 Lisa Smith told a woman she met in Syria that she wanted to live under Sharia law, and was prepared to "die a martyr", a prosecution barrister has told the Special Criminal Court.

Opening Ms Smith's trial this morning, Sean Gillane SC for the Director of Public Prosecutions said the former Defence Forces member had "enveloped herself in the black flag of Isis" having travelled to Syria to "answer the call" from terrorist leader Abu Bakr al-Baghdadi.

Al-Baghdadi, Mr Gillane said, was the leader of Isis, an illegal terrorist organisation that had seized control over a large part of Iraq and Syria and in 2014 declared a caliphate with al-Baghdadi as its leader. Mr Gillane said the terrorist group couldn't survive without those who chose to "make hijrah" by traveling to Syria and Iraq.

He said Isis needed fighters and others who could give "sustenance and vitality" to the group in achieving its aims and Ms Smith had "addressed, assessed and answered the call to emigrate."
In answering the call, Mr Gillane said she had "self-identified as a member" of Isis.

Mr Gillane said the court will also hear that Ms Smith divorced her husband and while in Syria married another man, who was involved in patrols along the Iraq border and took a sniper course on her advice.

Ms Smith (39) from Dundalk, Co Louth has pleaded not guilty to membership of an unlawful terrorist group, Islamic State, between October 28th, 2015 and December 1st, 2019. She has also pleaded not guilty to financing terrorism by sending €800 in assistance, via a Western Union money transfer, to a named man on May 6th, 2015.

Mr Gillane gave a detailed history of how the Islamic State was formed and gained a stronghold in parts of Iraq and Syria before announcing the establishment of the caliphate with al-Baghdadi as its caliph or leader in 2014.

Al-Baghdadi's organisation, which considered itself to be adherents to the Sunni intrerpretation of Islam, beheaded, burned or buried alive those it considered to be apostates or who were members of other sects such as Shia or Yazidi, Mr Gillane said.
Counsel said Isis became "notorious" in 2014 when videos emerged of journalists and aid workers in the caliphate being executed.

Ms Smith had been a member of the Irish Defence Forces from 2001 until 2011. She applied for discharge, Mr Gillane said, because of inconsistencies between her faith and her professional role in the army. In particular, she had been refused an application to be allowed to wear a hijab.

By then, Mr Gillane said, Ms Smith had converted to Islam and in 2012 went on the hajj to Mecca. She began communicating via Facebook in 2012 with an American convert to Islam who had moved to Egypt in 2011. They discussed what was happening in Iraq and Syria, counsel said, and Ms Smith discussed her "wish to make hijrah", which Mr Gillane said is a term that in this context means to emigrate to a territory controlled by Islamic State.

Ms Smith then became an administrator of an Islamic Facebook page called, "We Hear, We Obey" in which Muslim women discussed various issues. Mr Gillane said the court will hear that Ms Smith expressed a desire to live under Sharia Law and to die a martyr. In 2013 she moved to Turkey and then to Syria where she stayed for a number of weeks. One witness, Mr Gillane said, will say that Ms Smith expressed "joy at being in Syria" and wanted to begin her "jihad" and was prepared to die.

In June 2015, Mr Gillane said a video was shared with Ms Smith and others using a phone messaging app known as Telegram. The video showed a number of men in a cage being drowned to death. Ms Smith, he said, sent a message saying: "I understand why they were drowned. I didn't know the other half of the story."

He said the court will also hear that at around this time Ms Smith complained that her husband wouldn't give a pledge of loyalty to Isis despite her requesting him to do so.

In May 2015, Mr Gillane said Ms Smith sent e800 to a Syrian man living in Turkey. The money, he said, was for the benefit of another man who had been injured and needed the money to help with his rehabilitation.

In October 2015, counsel said, Ms Smith bought a one-way ticket, paid for in cash, from Dublin to Turkey. She then crossed the border into an Isis-controlled area of Syria having lied to her family about where she was going. She arrived in Raqqa, the capital of the caliphate, where she was housed.

At this time, Mr Gillane said Ms Smith "implored her husband" to join her and refused his entreaties for her to leave Syria. In 2016 she divorced her husband and in June that year married a UK national who had travelled to Syria in 2014. Mr Gillane said this man had been involved in border control in Iraq and on Ms Smith's advice, he did a sniper course.

Ms Smith remained in Raqqa until February 2017 when she moved to an area near the Iraq border. In June 2017, her daughter was born. A little over a year later, Raqqa fell to allied forces and Ms Smith moved to Baghouz which was the Islamic State's last remaining stronghold until it fell in March 2019.

Counsel said the court will be asked to consider conversations Ms Smith had, her state of mind and her statements, when assessing the membership charge. He said membership can be inferred from conduct including acts of allegiance or a pledge of loyalty which, he said, are both present in this case.

He added: "To make hijrah in this context is a central act of allegiance to this proto-state, an act without which the terrorist government can not survive." The hijrah, counsel said, was the "life blood of Isis" who needed fighters and others who could give sustenance and vitality to the group. To answer the hijrah, in this context, is to "self identify as a member of that group," Mr Gillane said.

Ms Smith, he said, endeavoured to access Isis controlled territory and sought out the means by which that could be done. She subscribed, counsel said, to a reciprocal relationship of allegiance and protection and "enveloped herself in the black flag of Isis". She remained in Isis territory, married there and her movements matched the movements of Isis as it was pushed back from Raqqa to Baghouz. She was, Mr Gillane said, "running with Isis, not running away."

The first witness called by the prosecution, Una McCartney, said she was a friend of Ms Smith's for many years when they both lived in Dundalk. She told Michael O'Higgins SC, for the defence, that Ms Smith was "naive and easily taken in" and was "looking for a sense of belonging" which she may have found through Islam. She also said Ms Smith's upbringing had been difficult due to her father who the witness described as a violent alcoholic.

Jillian McNicoll is a Scottish woman who lives in Dundalk and describes herself as a member of the Dundalk Islamic community. She said that she met Ms Smith once and Ms Smith told her that she had a dream about the prophet Muhammad. Ms McNicoll told Mr O'Higgins that she disapproved of what she heard because to have a dream of the prophet, a person would have to be "exceptionally pious". She said there was an "arrogance about it" and she wondered why Ms Smith was telling her this when they had never before met.

She also said that Ms Smith should not have travelled to Mecca because under Islamic law an unmarried woman is not allowed to travel more than 80 kilometres without a male chaperone.