Collier The Robber and the banks- Peter Kavanagh's Trip Through Time 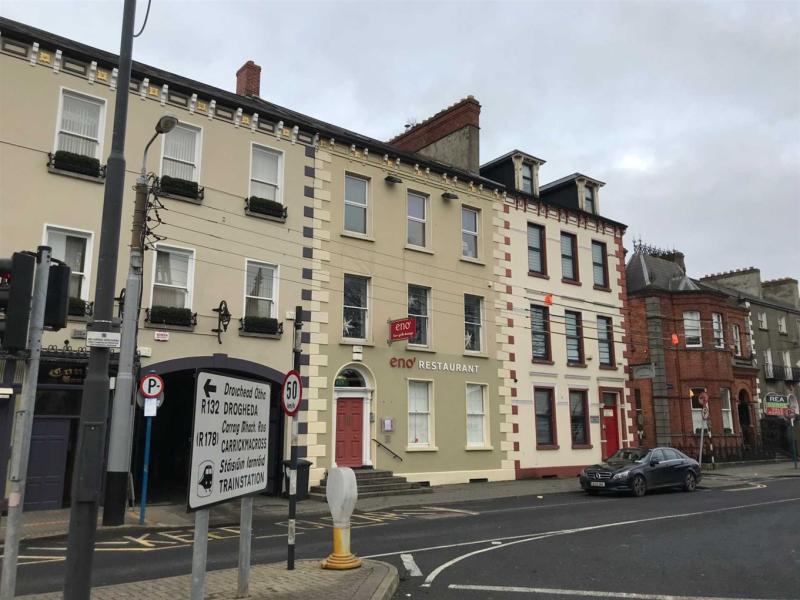 My question about the first bank to operate in Dundalk reminded me of the story about one of the area's most famous highway robbers of the late 18th and early 19th century, Michael Collier, who terrorised his native County Meath, North County Dublin and County Louth for nearly half a century in the period when 'Pages Bank' in Dundalk was in existence.

Known as 'Collier the Robber', he was born on a small farm near Bellewstown, County Meath, in 1780 and died while attending a race meeting in 1849.

His exploits became legendary and could fill several volumes.  His death co-coincided with the first publication of the Dundalk Democrat in October 1849 and the story must have been well known to the Founder of the Democrat, Joseph Cartan, who came from near Drogheda.

Another connection may have been that Cartan himself may have been involved in similar financial transactions, before he turned to journalism, at a time before the banks as we know them today became established in Dundalk.

The Tempest's Annual edition of 1897 mentions that -  'as there were no banks nearer than Newry on one hand and Dublin on the other, the guards and drivers of our mail coaches and stagecoaches were generally entrusted with the making of lodgements in those towns.

John McCoy, Tom Parks and others were the bearers of large sums sent by prosperous townspeople'.

It was mentioned at a lecture I attended in Drogheda some years ago that Collier had lady friends in all the large towns in the area, including Dundalk, who kept him informed about the movement of large sums of money.

As the Founder of the Democrat was the proprietor of an inn in Clanbrassil Street after he married 'The Widow McGovern' whose first husband who had been the original owner died, it is even possible that Collier stayed there!

The first commercial bank to open a branch in Dundalk was the Provincial Bank that established an office at Roden Place which was the fore-runner of the Bank of Ireland.

Number of people sleeping in tents near Táin Bridge

The National Bank, of which The Liberator, Daniel O'Connell, was a founder, came here in 1848 but was forced to shut down by the Bank of Ireland that had a franchise for  banking within 50 miles of Dublin. Cartan was a supporter of O'Connell's and may also have had some involvement with this establishment.

The Page's Bank probably operated from one of three houses at Seatown Place that were purchased by the Archbishop of Armagh, on behalf of the Sisters of Mercy, in 1847 from the Excise Commissioners who had an office in one of them, before moving across the street to a building that became the Gaelic League Hall.

The St. Joseph's Ophanage was later built on the convent site.

Michael Collier was reputed to have one of his hide-outs at Haggardstown and there was a story that his ghost, riding a wild horse breathing fire, was supposed to haunt the stretch of the new roadway at Lurgangreen.

Don Johnston of Ravensdale tells me that it was almost certain that Collier had another hide-out at Feede, Mountpleasent, from which he carried out robberies of rich travellers between Dundalk and Newry.

This whole wooded area in South Armagh was the haunt of robbers and bandits; the most famous of whom was Count Redmond O'Hanlon who led a band of Tories who were supporters of the Stuart cause.

O'Hanlon famously refused to give evidence against St. Oliver Plunkett and was murdered by one of his own followers.

The same was not true of another famous outlaw named John McMoyer who was one of two Franciscian priests who betrayed the Archbishop and whose evidence led to his martyrdom at Tyburn in July 1681.

Collier made several thrilling escapes from the law but was eventually captured in Drogheda.  He managed to avoid the almost inevitable fate of hanging, apparently, because he turned informer and was, instead, transported to Australia from where he made yet another escape.

The outlaw lived to a fairly old age and, after his death, it was discovered, from reward receipts found in a local police barrack, that he had been a spy for Dublin Castle.

Had Collier been alive at the present time, one has to speculate that he might have turned his hand to some sort of computer fraud, instead of carrying loaded pistols!

Aldi to create up to 16 new jobs in Louth