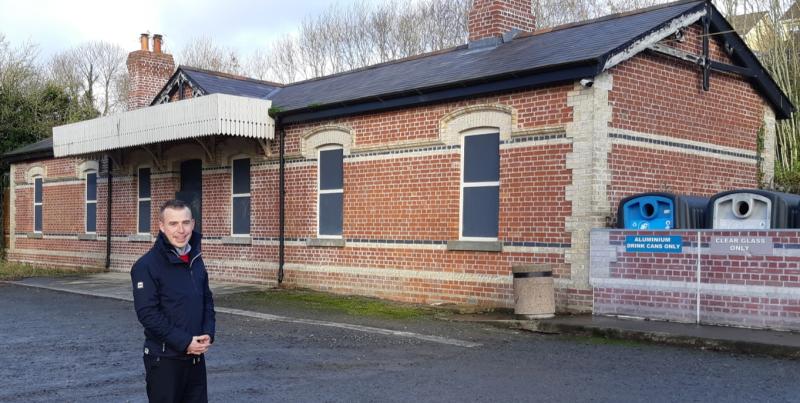 Louth councillor, John Sheridan, wants residents in mid-Louth "to stand up and make their voices heard" to make Dunleer station a priority, in a strategic rail review of the train network taking place before the deadline of Jan 21, 2022.

"In a recent social media post", said Cllr Sheridan in a statement, "I sought feedback from constituents on the matter. A huge number of people got in touch with their own feedback and naturally all wanted the station reopened.

"I have said to all constituents that made comments that they should make their own submissions to highlight the case for reopening Dunleer station".

He continued, "in April 2021, I wrote to the Ministers for Transport North and South to ask them to include reopening Dunleer station in their review of the rail network across Ireland.

"Obviously, any such plan should include Dunleer and explore the viability of reopening that station in the middle of the town. Dunleer had train  services up to 1984 which is relatively recently in infrastructure terms and there is so much desire for it to re-open some day."

"The consultation on the review is currently closing soon and would take only a few minutes to fill in. I really think as many people as possible from Mid Louth should stand up for Dunleer in this review. Residents can fill in the form on www.strategicrailreview.com. If we get a significant number of submissions it will again shine a light on the need for the authorities to examine Dunleer station. We must campaign for Dunleer station reopening every opportunity we have."

Cllr Sheridan added, "in 2021, there was the launch of the Dublin-Belfast economic corridor which isn't just about jobs for the large towns but all towns along the route being accessible for employment.

"As far as I can see, Dunleer is the largest town along the rail line from Dublin to Belfast with no station open. The new County development plan will provide for an increase in Dunleer's population of up to  51% between now and 2027 and that doesn't take into account increased population in Mid Louth as a whole"

"Overall, I think this new scheme is to be welcomed. We could have Louth at the heart of services between Derry and Cork which would be a truly all-Ireland approach to rail travel. But locally, we would love to see this happen for Dunleer and this consultation is the opportunity to shine a light on Dunleer once again", Cllr Sheridan concluded.