Dundalk trivia from a Trip Through Time with Peter Kavanagh 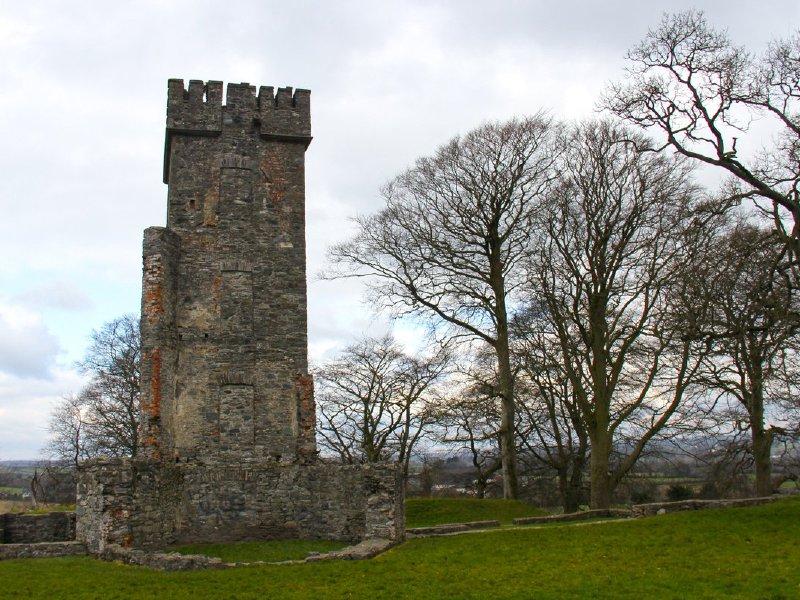 The ghosts of ‘Castletown Mount’ in Dundalk

Q:What was the legend of 'The Black Cat of Castletown Mount'?

A: This was a monster cat that was supposed to guard a fabulous treasure buried under Castletown Mount. Some say that it was placed there by marauding Vikings who hid their loot from raids on local monasteries; while others claim that it was a story invented by the Pirate Byrne, who lived in a fortified house on the Mount in the 18th century, to scare off locals from trying to stealing his valuables.

Whichever version you prefer, it seems that it was some sort of a fairy cat that looked something like a panther but had large eyes, could breath fire and could steal your soul.

Q: What was the 'Margadh Mór'?

A: This was the old name for the 'Turkey Market' which was held at Roden Place on the three Mondays before Christmas Day for at least two hundred years up until the end of the 20th century. Markets were held on a Monday in Dundalk from the 14th century, with agricultural products being sold in various parts of Town until the Fair Green was set aside for such events by the Town Commissioners in 1865.

The Christmas Market, however, was an annual event at which various fowl, reared by farmers' wives, was sold for the Christmas Dinner. This 'Great Market' was at its height from around the time of World War One up until Ireland joined the European Market and hygiene and animal welfare rules began to be enforced by the local authorities.

Before the end it was reduced to just one day, the last Monday before Christmas, which was crowded by carts and motor vans on all the streets leading to Kelly's Monument where turkeys and other birds were plucked at a furious pace.

Q: What junction in Dundalk is known locally as 'The Magic Roundabout'?

A: This is where the Inner Relief Road crosses the Long Avenue. Originally there had intended to be traffic lights at this crossing when road from the Dublin Road at Carroll's factory was opened over fifty years ago and carried the main Dublin/Belfast traffic but the Council considered that this system would be too dangerous and the crossing was transformed into a roundabout.

This was the first place in Dundalk that continuous flashing amber lights were installed, to permit a continuous flow of traffic, except when the lights of any one of the four pedestrian crossings was activated, a system which still continues to confuse many drivers!

A: This was an old Dundalk belief that there was a large lake of undergound fresh water at the southern end of the Town that would burst forth on one day of each year - Hence the Gaelic name which translates as 'One Day Lake'!

It is not clear now at what time of year this phenomennon was supposed to happen but the story goes back to the time of the extension of the walled town to about the middle of Dublin Street.

This part of Dundalk was subject to flooding after the Rampart Stream was diverted from the Blackwater, which according to Pro. Paul Gosling in his book 'Dun Delca to Dundalk', occured in the 16th century. The area between Dublin Street and the Rampart was once known as 'The Isle of Wight' because of this periodic flooding.

Q: Who is the patron saint of sailors and what is the connection with Dundalk?

A: The Patron of seafarers is St. Nicholas of Myra in what is now modern Turkey. He was chosen as the patron of the town of Dundalk when the first church was built on the highest point within the walls; just off what is now Church Street, in the 13th century.

The reason was that ships supplying the early Norman town berthed just behind the old church, about the top of what is now St. Mary's Road. The former patron of the early Norman settlement at Castletown was St. John The Baptist to whom the old cemetery where their first church was built, is dedicated.

Q:What was different about 'Bonfire Night' in the Seatown area of Dundalk?

A: This was a custom celebrated at sunset on June 29, the old Feast of Saints Peter and Paul, as distinct from the Bonfires lit on the Eve of the Feast of St. John on June 24 throughout the rest of Ireland.

The reason the fires were lit in the Seatown area on that date was that St. Peter was the Patron of that part of Dundalk from early Christian times and pilgrimages were made to his Well until the Reformation.

Q: What was the ceremony of the 'Flogging of the Herring'?

A: This was an event held on Holy Saturday in Dundalk to celebrate the ending of the Lenten abstinence from meat. It was a procession from the Gallows Hill, led by butchers' apprentices, one of whom carried a fish on a line tied to the end of a long pole.

The fish was beaten with rods by the other boys until the they reached the Big Bridge where the remains of the 'herring' was flung into the Castletown river.