'Penalty for Improper Use' 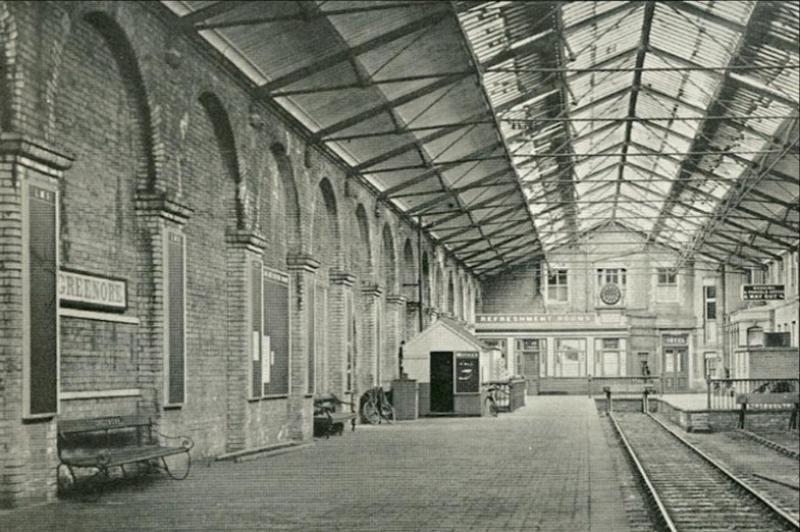 I cannot leave my recollections of the old steam trains from the middle of last century without remarking on something else in Barrie's book about the Last Train to Greenore.

In it he quotes a report from the Irish Press of the day which states that the train – 'took twice the normal 50 minutes from Dundalk, with boisterous passengers pulling the communication cord at intervals'. Some older readers may recall that a 'communication cord' was a long cord that ran down the old passenger coaches, carried in metal tubes with gaps where the cord could be pulled down.

This device for stopping a train in an emergency was the fascination of my childhood but what I remember most about it was the stern red metal plate displayed at intervals in all carriages. The notice, which I will never forget, read 'Penalty for Improper Use £5'. I remember asking my mother what 'Improper Use' meant but was told 'Never mind. Just don't touch it!'. Back in the 1940s £5 sterling was a lot of money, more than a week's wages for many families and the household budget would not stretch to such a loss.

When I got older it was explained to me that if you pull on that cord (or as I recall it was a chain in more modern coaches) the train would stop with a jolt and the cord stayed down until the Guard of the train arrived on the scene and the person who pulled cord could be easily identified to be punished with the stated monetary fine or face being dragged into court.

I never did experience a train stopped by this fashion but am assured that it did happen and there were many stories about the 'misuse of of the system'. One story heard was that a man travelling on the Castleblayney line missed his station to get off and pulled it as the train was pulling away ---- and had to pay the fine.

Just recently it was explained to me by an old railway man that how it worked was that pulling the cord released a valve which operated the vacuum brake. What happened on the way to Greenore on that New Year's night was that the train driver on the footplate had some control over the vacuum system and, when he realised what was happening, could stop the brake from reacting too violently.

As it was the Last Train, I believe a lenient approach was adopted by the Train Guard and I do not believed anybody was fined!