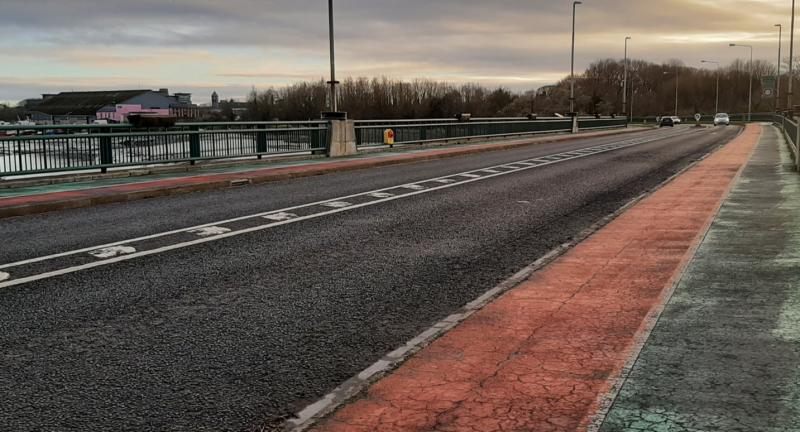 Louth County Council aims to build active travel into everyday life as part of our normal daily routine, be it going to the shops, going to school or to work and plans to provide the infrastructure and initiatives designed to promote active travel are already underway.

Dundalk councillors at the Dundalk Municipal District December meeting received a presentation from Elaine Daly, Administrative Officer in the Active Travel section, on how the plans are progressing.

Active travel is basically travel with a purpose and using your own energy and usually means walking or cycling as part of a purposeful journey.

The aim of the active travel funding being received from government, is to support the development of high quality urban cycling and walking infrastructure and investment is specifically targeted at towns and villages. It includes footpaths, on and off road cycling routes, pedestrian and cycle friendly junctions and roundabouts.

Louth County Council has submitted a number of proposals, under the scheme and has thus far received approval for €6 million, of which €1.2 million has been spent to date.

There are four ongoing projects in Dundalk at the moment. The first is at the Inner Relief Road, from the Táin bridge to the junction at Xerox. The purpose of this scheme is to provide detailed design and recommended options for a segregated cycle lane along the R132 over a length of about 4.5km.

It will include an upgrade of major junctions along this route to better facilitate pedestrian and cyclist facilities. It includes the provision of further pedestrian and cycle crossings at identified desire lines along the route, and identify and design linkages to the DkIT campus on the west of the R132 to better facilitate access to DkIT's sports campus on the eastern side of the R132.

Louth County Council believes that the creation of appropriate segregated cycle lanes, etc, will encourage more active travel and create safe commuter corridor for pedestrians and cyclists, to “hop on and hop off” to access areas in the town.

The new facilities will also compliment existing cycle lanes constructed predominantly within the town centre and will compliment other schemes under the active travel programme.

Barry Transportation Ltd was appointed as design consultants for this scheme and a full public consultation of preferred route options is expected around mid February 2022.

The second project that councillors were briefed upon at the meeting, was a stretch that runs from just before Xerox junction, down the Dublin Road up as far as Hughes Park.

The objectives of this project include a detailed design and construction of a segregated cycle lane along the R215 for about 1.8km; reconfiguration of the existing carriageway; the appropriate upgrade of junctions and existing crossings along the length of the scheme to facilitate better pedestrian, cyclist and public transport movement; incorporation of further cyclist crossings along the desire lines on the routes; and the provision of a 2m wide footpath of the west side of the carriageway.

O'Connors and Cronin have been appointed as consultants and are currently reviewing the junctions along the route.

Senior Engineer John O'Hagan told the meeting that due to new National Transport Authority (NTA) guidelines on cycle lanes, for the volume of traffic on the Dublin Road, the cycle lane should be a segregated one.

For projects three and four, Ms Daly said that as part of tender package, they have bundled the two together to achieve value for money and were calling it the Ard Easmuinn/ train station bundle.

Project three relates to the bus station on Long Walk as far as Clarke's Railway Station and is a key project that the NTA are very interested in, the meeting heard.

It is hoped to achieve detailed designed cycle lanes from the existing main bus terminal to the existing train station, incorporating access to the Friary School, approx 3km in length. It includes a review and upgrades of major junctions along this route to better facilitate pedestrian and cyclist facilities and provision of further pedestrian crossings along the route.

Along with these projects, the Active Travel section will be undertaking an Area based transport assessment (ABTA) in Dundalk, the purpose of which is to undertake a transport assessment for the town of Dundalk and its hinterland which will seek to ensure integration of land use objectives and transport planning.

The meeting also heard that the section are waiting on the NTA to publish its walking and cycling strategy and the Council will use that to inform its own strategy for smaller towns and villages in Louth, including Blackrock.