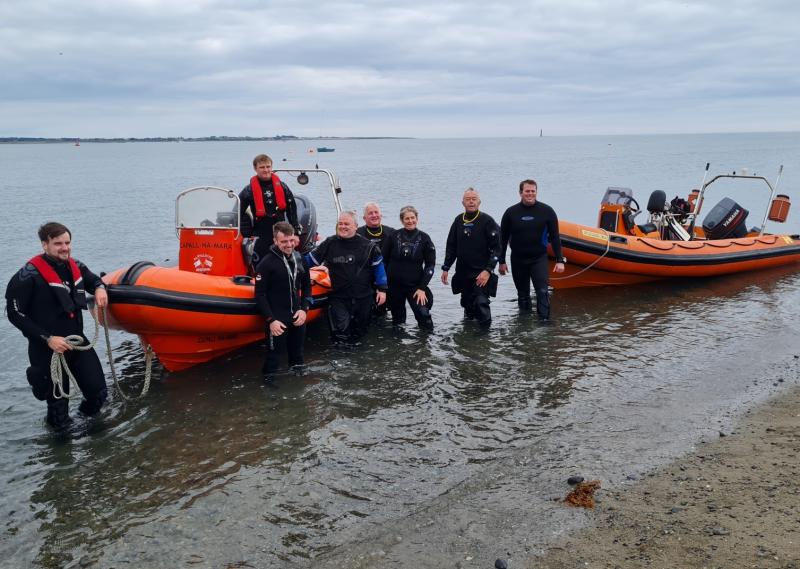 Each year, the Ocean Hero Awards honour the invaluable contribution Clean Coasts volunteers, groups and communities have made towards conserving our spectacular coastline. The awards honour groups, individuals, communities and businesses for outstanding work and commitment to their coastlines and areas.

A representative from Cooley Community Alert said of the group:

“Cooley Community Alert were formed 20 years ago as a community alert group on the Cooley Peninsula in County Louth and in 2018 expanded to set up our Marine litter project.

"The group have many volunteers from throughout Louth and the surrounding counties who have joined them on bi weekly clean ups. Along with this, Cooley Community Alert also believe education is key and visit local schools to encourage participation and also show what was collected on the coast line closest to them afterwards.”

This year in place of a traditional awards ceremony Clean Coasts decided to do something a little bit different. They surprised the Louth winners at Cooley Community Alert with their very own Covid safe awards ceremony where they were presented with an Ocean Heroes plaque.

Sinead McCoy, Clean Coasts Manager said: “I would like to congratulate all of the Ocean Hero Awardee, our shortlist and winners are incredibly inspiring volunteers, groups and communities that have made an outstanding contribution to protecting Ireland’s coastal environment.

"The Clean Coasts programme’s Ocean Hero Awards have been celebrating the incredible efforts of volunteers around the Irish Coastline since 2006. Although 2021 has been challenging at times it has been an incredible year for Clean Coasts and our network has grown so much and shown an incredible amount of dedication and care for our beaches, coastline, marine life and oceans.

"We were delighted to have received so many inspirational nominations that show not only the true dedication of these coastal custodians, but also that their efforts don’t go unnoticed by the community.”

These various ceremonies were filmed and compiled into a celebration video that can be found on Clean Coast’s YouTube Channel here: https://youtu.be/4dkQ4TxfusU