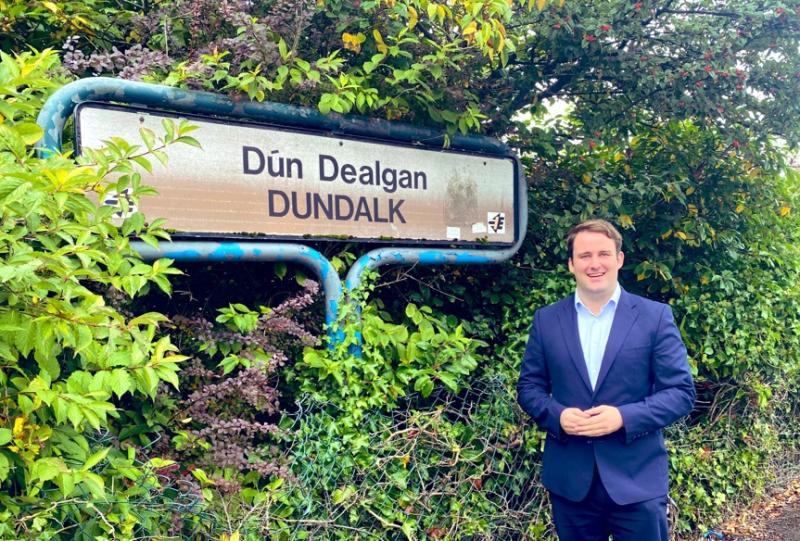 High speed rail between Dublin and Belfast, with stops in Dundalk and Drogheda and eventually part of an overall all-Ireland network, is an ambitious idea from Fine Gael Senator, John McGahon, and one that he believes should be a key priority for County Louth.

The Dundalk Democrat spoke to Senator McGahon following the launch of the All Island Strategic Rail Review, a Paper for public consultation jointly published by Eamon Ryan, T.D., Minister for Transport and Nichola Mallon MLA, Minister for Infrastructure.

The Review will consider how the rail network on the island of Ireland can improve to promote sustainable connectivity into, and between, the major cities, enhance regional accessibility and support balanced regional development.

“In terms of high-speed rail”, said Senator McGahon, “I think it is absolutely the future of connectivity, there's 3.3million people live in this part of Ireland between Dublin and Belfast, that's set to grow to four million people by 2030 and we have to make sure that we have the proper infractructure to benefit a country of the 21st century like Ireland.”

Along with connecting Belfast to Dublin, Senator McGahon says he believes it should “form part of an overall all-Ireland network that would include the north west and Derry, down to Cork and down to Limerick. That should be the overall vision for high speed rail on the island if Ireland.”

“If you compare it, at the moment there's eight direct trains between Dublin and Belfast a day, that takes up to two hours. Compare similar size cities in the UK – Manchester to Liverpool or Glasgow to Edinburgh, you've up to 40 trains a day.”

He continues, “so that is the ambition we should be aiming to because the whole point about this, is to show that the whole M1 Corridor and the economic growth that can be driven across the border, can be benefitted by high speed rail. It doesn't have to be a case that everyone should be flooding into Dublin to go to work.

Senator McGahon believes that were it available between Dublin and Belfast, “it's absolutely possible that high speed rail would stop in Dundalk or Drogheda.” “I think that's an absolute necessity”, he adds.

“It doesn't have to be a case of a major city sucking in workers from the outside, it has to be a two way process and by having the infrastructure, like high speed rail, we're making that a much more stronger possibility.”

“You can have different types of services. You can have a direct service from Belfast to Dublin, or you could have a service that is Belfast – Dundalk – Dublin, so there's plenty of feasibility there to make sure that Dundalk and Drogheda is included.”

The public are invited to get involved in the Review. Interested members are asked to go to www.strategicrailreview.com where they can familiarise themselves with the policy objectives which frame the Review.

Through the website, the public can get involved by answering some key questions and sharing any additional information that may be relevant to the Review.