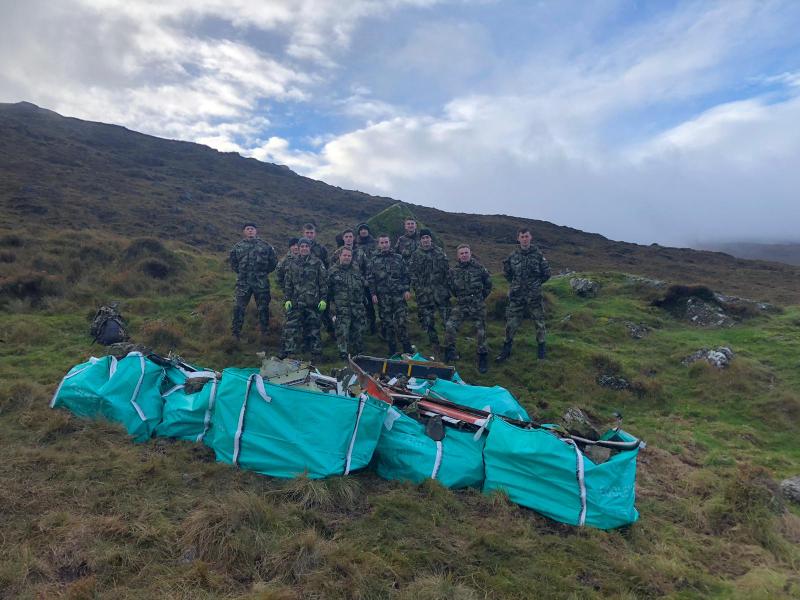 Louth County Council recently south the assistance of 27 Infantry Battalion in the collection and bagging of residual debris from a remote part of the mountain in Ballyonan, Slieve Foy arising from a fatal helicopter crash in December 1996.

There was a concern that walkers could be injured at this site and it would best if the material was removed from the mountain on environmental grounds. Louth County Council do not have the capacity to remove the debris due to the remote nature of the site so they sought assistance from 27 Infantry Battalion in Aiken Barracks. 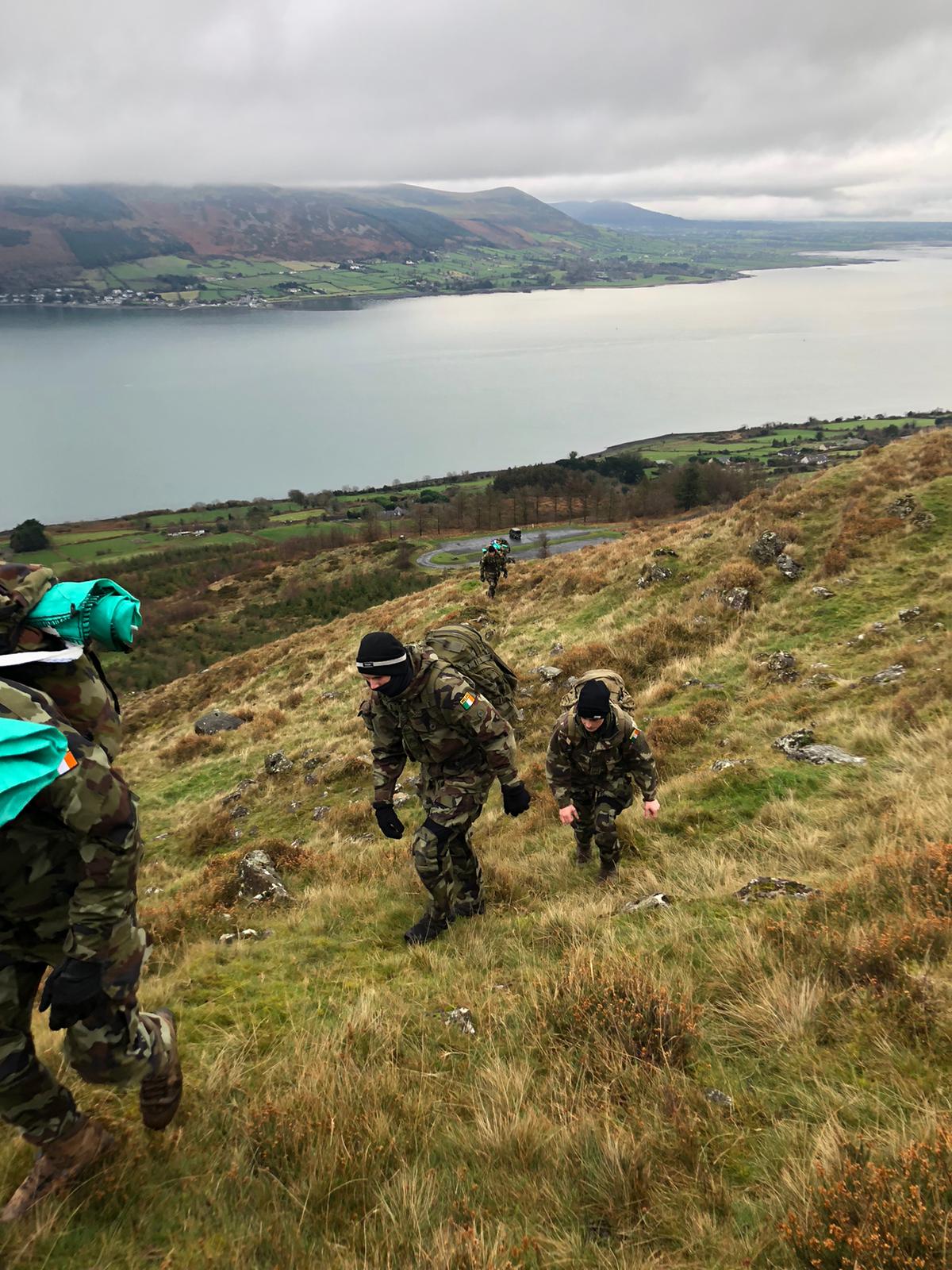 Earlier this week soldiers from 27 Infantry Battalion  took part in an Aid to the Civil Authority (ATCA) operation assisting Louth County Council in the collecting and bagging this debris which in turn will be airlifted by the Air Corps to a safe area for removal by the Council.