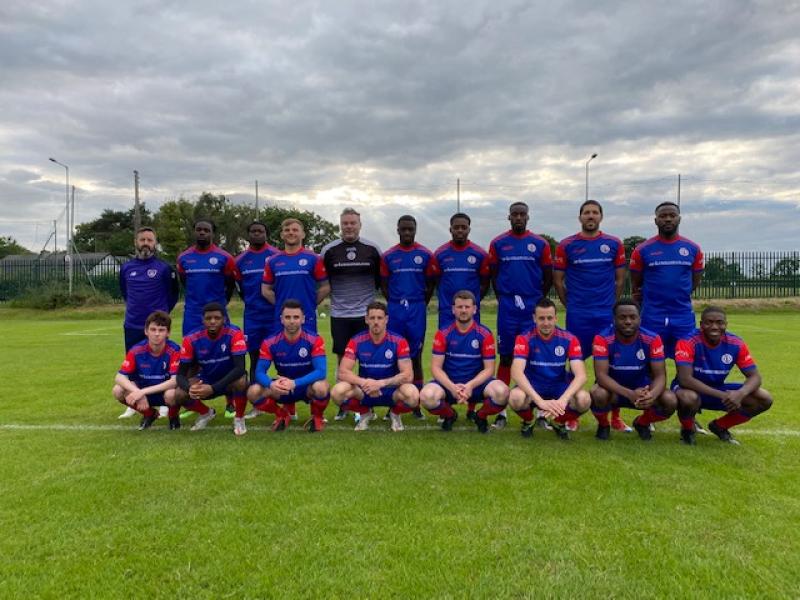 Bay's first game as a Premier Division outfit ended in a draw as Duleek AFC claimed a dramatic late equaliser to take a share of the spoils.

Both Kevin Scollon and Alfonso Crespo went close for Bay before Duleek forced a fine save from keeper Kevin Mullen, who acrobatically tipped over a certain goal.

The Boys in Blue were stringing the passes together but the end product just would not arrive, that was until on the half hour Shaun O'Connor drove down the line and whipped in a ball for striker William Opoku to slot home claiming his second goal in as many games.

it was all Bay now and Opoku should have doubled their lead; after rounding the keeper he was crowded out by Duleek defenders with the goals at his mercy. Kizito Ekwueme also fired two shots just wide before the break and the visitors led 1-0 at the break.

The second half was a differant game with Duleek bypassing the midfield to go direct to their strikers, again Mullen was called upon to make a couple of fine saves to keep the visitors in the lead.

With 20 minutes left Michael Adeboyega dropped a ball over the back line for Ekwueme to race onto, the striker rounding the keeper and slotting home to double the lead for the Dundalk side.

The game looked all but over when the ref issued the Duleek keeper Sweeney with his marching orders, but The Meath men pulled one back moments later through Robert Daly. Bay were then reduced to ten men, the ref mistakenly issuing a second yellow card to the wrong man.

In the 91st minute Daly popped up in the box to clinch a point for Duleek, but it's a case of what might have been for Bay as they open their account with a point on the road.