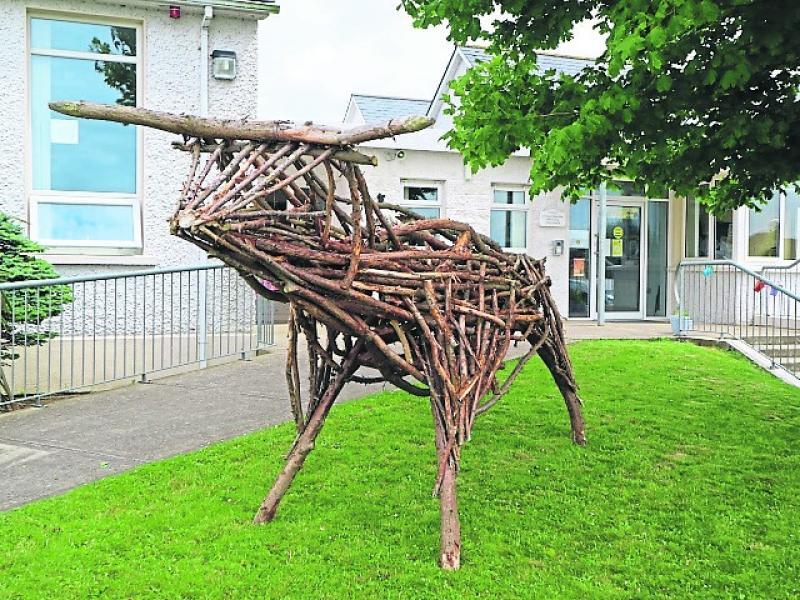 In celebration of the great legend of An Táin Bo Cualige the children and staff of Scoil Naomh Mhuire in Muchgrange welcomed their own Brown Bull of Cooley.

The pupils and teachers were delighted when their Brown Bull of Cooley arrived to the grounds of their school in Greenore last Wednesday.

Made from woven branches of fallen Lelandi trees, Brian Hopper’s majestic sculpture was safely delivered by Joe Carr and Stephen Guerin from Blackrock to its rightful home on the Cooley Peninsula.

Lead by Queen Meabh (Claire McGrath) and Cuchulainn (Jesse Hynes), the children and staff paraded behind the Brown Bull from Our Lady Star of the Sea, Boher to the school cheered on by parents and members of the community, all wearing their Cooley colours and waving flags.

"It was a magnificent spectacle and a great way to give a much needed uplift to our spirits after lockdown", said Acting Principal Grainne Fahy."