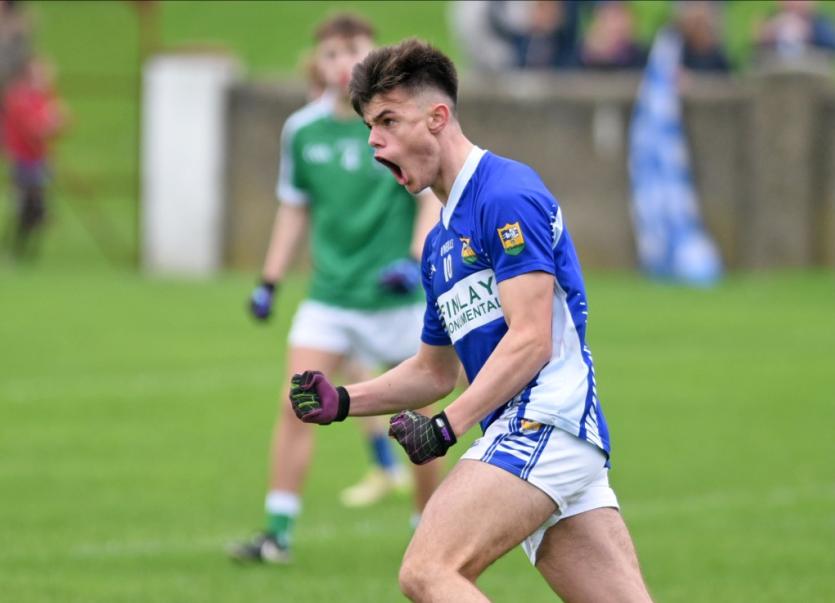 A repeat of last year’s Senior Championship Final saw St Mary’s turn the tables on Naomh Mairtin as they came out on top in an entertaining encounter at Pairc Mhuire on Sunday afternoon.

In a meeting of two sides expected to challenge for honours again this year it was the home side who prevailed with the help of two goals within a minute by substitutes Evan Malone and Darren Clarke in the second half.

Despite having to field without county players, it proved to be a lively contest, but with Daire McConnon in lively form for the hosts, it was the Ardee men who went in at the break with a 0-6 to 0-3 advantage.

The Monasterboice club hit back in the second half and got themselves back in contention when Conor Whelan scored the first goal of the game from the penalty spot.

However, with the game in the balance it was the Marys who made the decisive move with the introduction of Malone and Clarke from the bench. Those changes had the desired effect as both found the net within 60 seconds of each other to put their side in charge.

The Mairtins battled to the end but the Marys were not to be denied as they got their season off to a winning start.

A late Emmet Kirk free for the Brides tied up the only draw of the entire league weekend in Knockbridge against Newtown Blues.

The reigning Intermediate champions got off to the best possible start going in 0-6 to 0-3 up at half time. Full of confidence, the home side stretched that lead further upon the resumption with a goal from Ciaran Deane.

However the Blues knuckled down and half forward duo Conor Moore and Ian Connor found the net to hand the initiative over to the visitors, only for Kirk to level at the death.

The new season brought the peninsula rivals together on the opening day of the season, as the Pats put one over on their neighbours at Fr McEvoy Park.

The visitors were good value for their victory as they had the edge throughout the game and goals from Conor Grogan, Jason Woods and Gavin Gregory saw them come out on top with a comfortable win.

The Pats looked the livelier side from the opening whistle and then edged ahead with points from the impressive Gavin Gregory. Coming towards the end of the half they struck another blow when Conor Grogan scored the first goal of the game to put his side 1-7 to 0-4 ahead at the break.

Michael Carron found his range at the start of the second half to keep Cooley in touch but the revival didn’t last long as the Pats regained control and goals from Woods and Gregory sealed a satisfying victory.

St Fechins made a winning start to the Division 1 campaign when they came out on top in this derby clash at Clogherhead on Sunday.

After a slow start to the contest, the game burst into life in a second half that produced six goals but it was the visitors who proved that bit stronger as they claimed a deserved victory.

In a first half that saw a total of 25 frees awarded, scores were at a premium and at the interval the Termonfeckin side held a slender 0-4 to 0-3 advantage.

The game picked up in the second period as St Fechins took control with goals from Brian Devlin and a Ronan Holcroft penalty.

Anthony Lynch did pull a goal back for Clogher but Paul Mathews and Niall Devlin also found the net. Pepe Smith scored a consolation penalty for the hosts at the death as Paul Mathews received his marching orders for a second yellow card.

Goals in either half from former county man Gerry Garland and Danny Kindlon saw St Mochtas come away with both Division 1 points on offer at Haggardstown with a three point victory over home side Geraldines.

When Shane O’Hanlon put the Geraldines four points ahead in the 40th minute, it looked curtains for the Louth village men. However they rattled off 1-4 to no reply in a devastating finish to turn the tie in their favour.

A goal in the first minute from Paul Clarke provided the hosts with the perfect start as they led 1-4 to 1-3 at half time, but the Mochtas were biding their time and they came good in the closing quarter to take the honours.

A storming second half display by Mattock Rangers on the Point Road saw the hosts Sean O’Mahony’s go down by seven in the opening league game of 2021.

The sides were tied at 0-7 points each at half time. In a tight opening half the lead swapped hands on numerous occasions, O’Mahony’s Terry Kelly looking lively while Aaron O’Brien was in fine scoring form for Mattock

The Collon men upped the ante in the second half through free taker Cathal Fleming, who landed five placed balls to ease them home to victory while midfielder Shane Brennan got the hosts' only score after the interval.