Cathaoirleach of Dundalk Municipal District, Maria Doyle, said it was done for solidarity with LGBTQ+ people in Dundalk 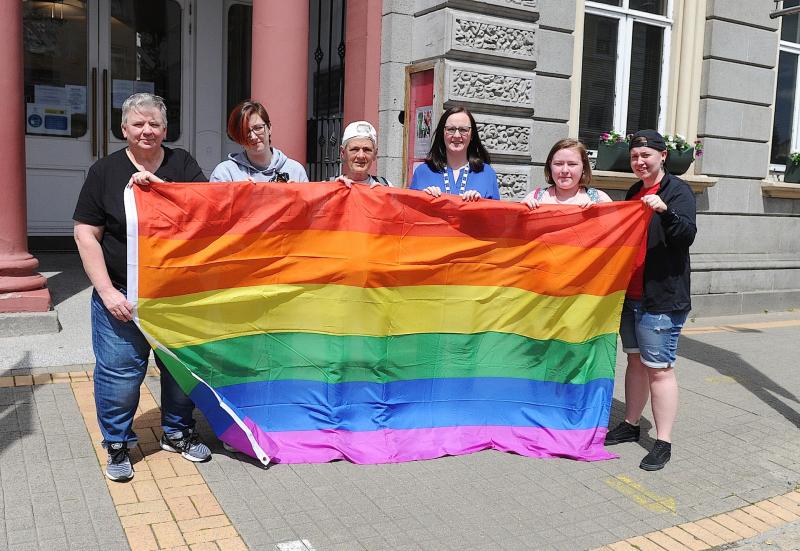 The LGBTQ+ Pride flag has been raised above Dundalk Townhall for the first time since 2014.

Cllr Doyle said that she wanted to get it above the hall to provide solidarity to the LGBTQ+ community in Dundalk, saying that the entire town is behind them.

“It was just a celebration really of the LGBT community in our area and it’s great to see it flying over the town hall,” said Doyle.

“Our town and not just our town, our district, our whole area supports our LGBT friends, relatives and neighbours… It’s just a sign of support I think.”

Outcomers Dundalk, a support group for LGBTQ+ people based in town, also attended the flag-raising ceremony.

Bernie Quinn of Outcomers said that the flag being flown over the town hall means visibility and acknowledgement for the LGBT+ community in and around Dundalk.

“I think that particular building, the town hall, is such a focal point of our town and I think it’s been a real cornerstone of community life.

“To see the rainbow flag flying on the top of it, it just carries so much clout. It is so important.

“I think the flag, coming in there this morning, makes my heart skip a beat.

“This is the first year it’s been back up there since 2014 and it’s just amazing.”

Quinn said that she had seen the flag flying on other buildings around the country, but that it fits best on top of the town hall in the middle of Dundalk. 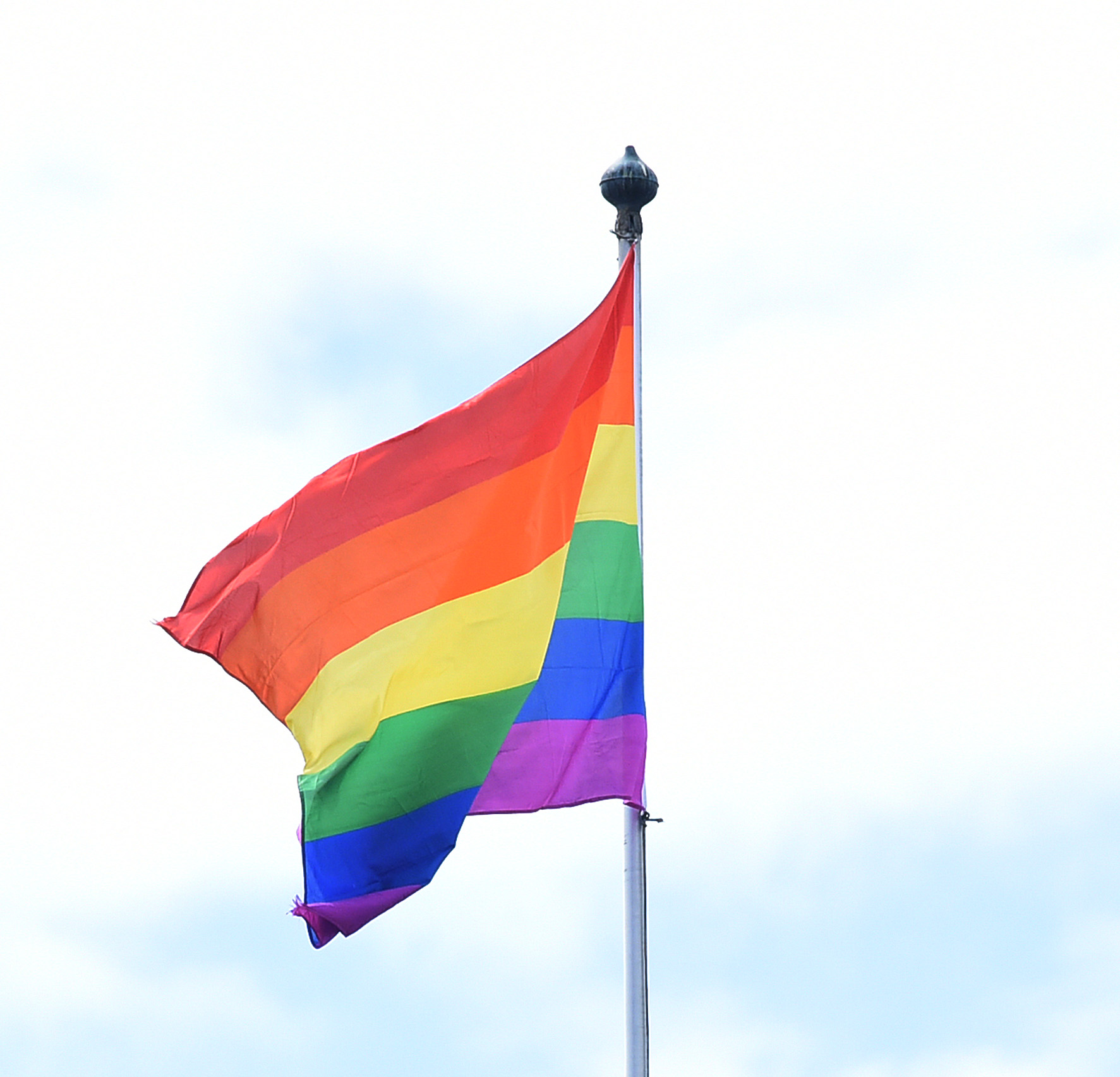 The Pride flag flying atop the town hall

Quinn said that what is currently happening in Waterford, with Pride flags being cut down and homophobic signs being placed in windows, isn’t something she thinks will happen in Dundalk and that the community has been hugely supportive.

“The rise of that rhetoric is so dangerous,” said Quinn, saying that those in Waterford who are responsible for cutting down the flags should be prosecuted.

Quinn said that due to Covid-19 restrictions, Dundalk Outcomer’s Pride celebrations that are due to kick off in July will not go ahead as usual, but that the group are incredibly excited for what Pride 2022 will bring.