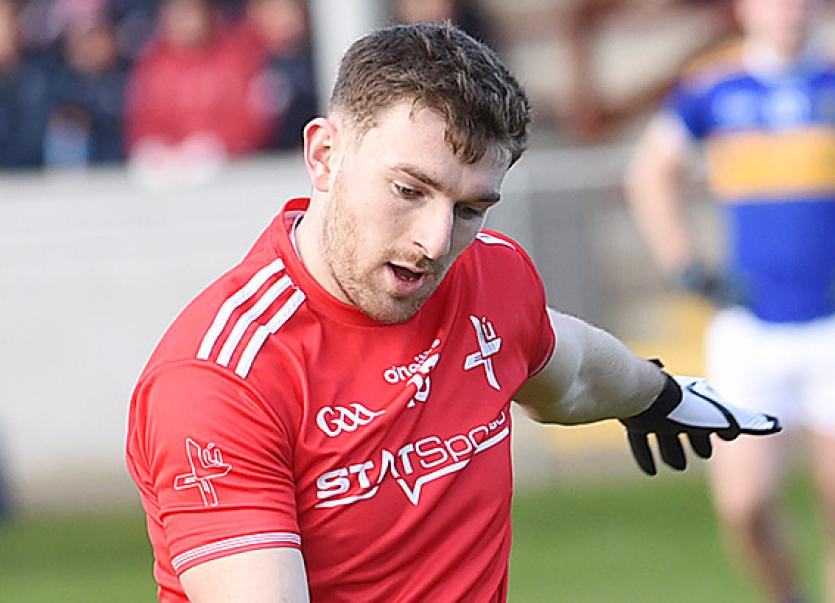 At half time it looked as though Louth’s season may be hanging in the balance, a shot at promotion was gone if they could not get a result against Sligo.

It is at these moments that teams need a leader, someone who can dig them out of hole when their back is against the wall, a time when a side need their captain more than ever.

When they needed him most, Louth’s new captain Sam Mulroy stepped up to the plate with a vital goal to square things up within seconds of the restart, from there they never looked back.

“It was brilliant goal” recalled the young captain, “a nice little start, it just broke nice for me and I went for it, put the head down, it wasn’t the cleanest of strikes but it went into the back of the net which is the most important thing.”

Reflecting back on the game, the wily forward feels they did well just to play themselves back into the contest, utilising the water break to make sure they were still in contention come the second half.

With the breeze to back them up, The Wee County registered eight wides and dropped another effort short, but he was delighted his troops stepped up to the plate when the chips were down, salvaging their season.

“We weren’t good the first 20 minutes, it was very clear for all to see, so it was nice that we put in such a big shift after the water break and gave ourselves the chance at half time.”

“We wanted to get a good start with that wind and we didn’t, I think it shows character that we got back into the game, we got a nice break after the throw in and we managed the game well from there.”

The first day out in the league, Mulroy struggled at times to get a foothold in the game while deployed at full forward but has become much more influential in the past two weeks slotting into a role a lot deeper up the pitch.

He has relished the challenge of getting to grips with a new position in the team, with the transition helped by some top-class management from Mickey Harte and Gavan Devlin.

“The boys have helped me massively, playing in that deeper role, teaching me the ways of that position and I’m enjoying it. I like having the ball in my hand, I think any footballer does so it is nice to maybe get a little more freedom out the pitch where you can’t be as easily marked.”

“Teams are trying to mark us, but the new role is allowing me to get some more space out the field which might just be suiting me better, I’m really enjoying learning this new role.”

It hasn’t just been the St Martin’s clubman who has been flying, with the whole team helping to notch up some large scores from play.

2-7, 0-12 and now 2-13 have been hit from play in their three league games this season and while Mulroy is proud of that tally, he stressed that in the end what he is taking from the league campaign is the fact they are winning tight games that matter.

“The boys are chipping in all over the place, I’ve said it before it’s not me it’s we, everyone is chipping in which is massively important, but the main thing is we get results. Coming out on the right side of them, that was the target this year and now we are in a semi-final.”

“I think for a county like Louth, winning these sorts of close games is immensely important, we have come out on the wrong side of too many of those encounters long enough now. Wins like these give the dressing room a significant boost so it vital we keep winning.”