Dundalk back to winning ways as McMillan impresses for the Lilywhites 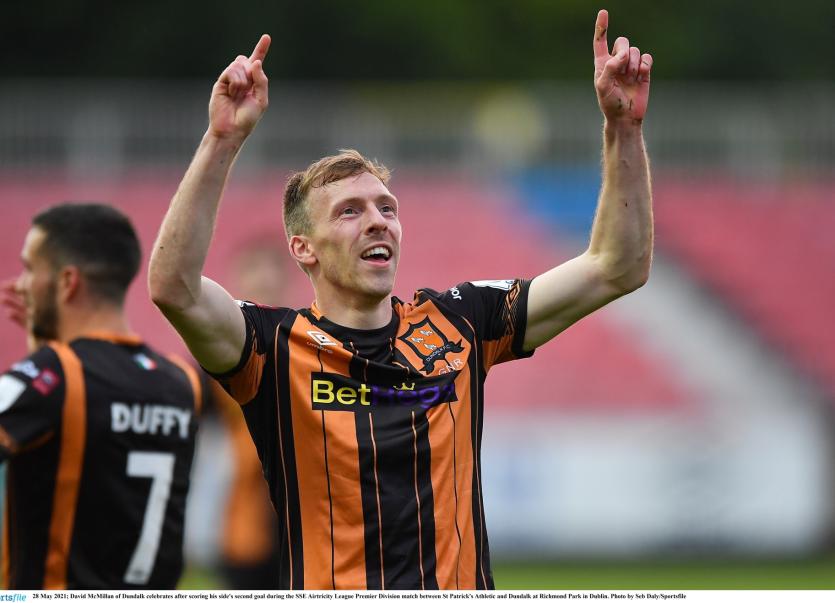 Consistently inconsistent Dundalk recorded a 2-0 win over St Patrick’s Athletic at Richmond Park in what was the final match before the mid-season break in the SSE Airtricity League.

Dundalk went ahead on 32 minutes through Sam Bone’s own-goal, before the superb David McMillan added a crucial second for The Lilywhites just six minutes into the second half.

After what was a cagey opening ten minutes, St Pat’s had the game’s first chance through John Mountney – who spent nine seasons as a Dundalk player – when he drilled a shot wide.

Dundalk, who hadn’t won in any of their previous five league visits to Dublin venues, had their first chance when Viteslav Jaros pushed Patrick McEleney’s free-kick around the post.

St Pat’s were 11 points ahead of Dundalk in the European positions coming into this match, and they almost took the lead when Billy King controlled well before volleying over the top.

The Lilywhites had a good chance of their own after the returning Patrick Hoban laid his header on to Michael Duffy, who look destined to score, only for Bone to crucially block.

The visitors went ahead on 32 minutes when McEleney released Hoban on the left, who passed for Duffy before McEleney collected once more and he laid it off for McMillan, who rifled his effort home via a heavy deflection off Bone – who was credited with the own-goal.

It was a magnificent team effort which involved four of the club’s stalwarts – a throwback to the good old days perhaps, as Dundalk went into the half-time break with a precious 1-0 lead.

The second half was only six minutes old when Dundalk doubled their advantage, with Hoban’s cross from the right being turned home by McMillan, who was in no doubt this time.

Not content with scoring at one end, McMillan did brilliantly at the other to deny St Pat’s a route back into the game, when he cleared Paddy Barrett’s goal-bound header off the line.

Dundalk had to clear off the line again right on the hour-mark, this time through Andy Boyle.

St Pat’s created several openings after that, but in truth, never looked likely to get back into it, as Dundalk go into the mid-season break with a much-needed clean sheet and three points.