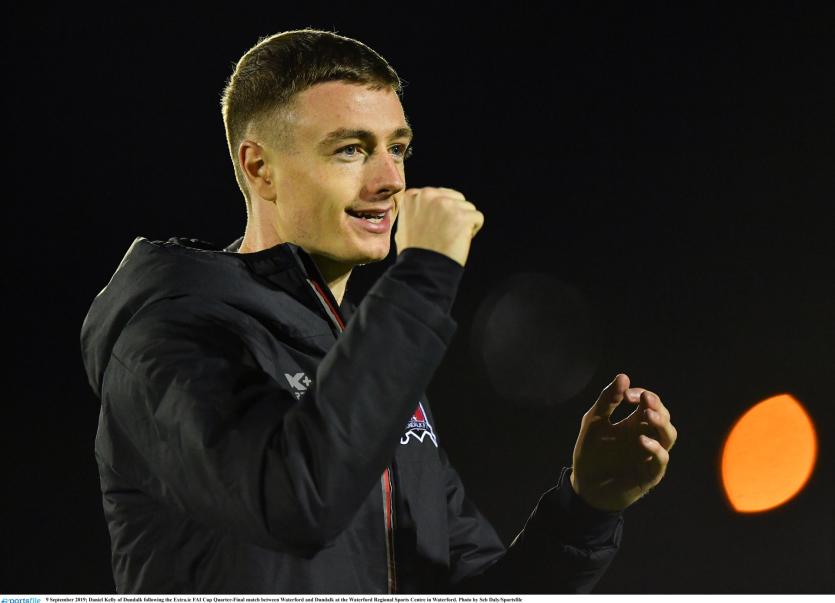 Daniel Kelly is adamant they need to win tonight against Bohs, for the Shamrock Rovers victory to have meant anything.

On the back of their win over Shamrock Rovers, Daniel Kelly is hoping that Dundalk FC will ‘kick on’ against Bohemians at Dalymount Park on Monday evening (kick-off, 5.45pm).

The Lilywhites put in a workmanlike performance against the defending SSE Airtricity League champions at Oriel Park on Friday night, holding out for a 2-1 win over The Hoops.

“Rovers have been really good this year and we haven’t been at our best,” said Kelly.

“I think it’s probably our best performance all season. We dug in and the first half was really good, but we knew going in at half-time that they were going to come good as they always do in the last 15-20 minutes."

“For 90 minutes, we were outstanding and Jim (Magilton) was delighted with us really in there. It’s a big win and it’s always good to get one over Shamrock Rovers, but there’s no point in winning tonight and losing on Monday. We need to just kick-start the season now and hopefully go on a little run.”

Having finished second and third last season respectively, Bohemians and Dundalk have underachieved so far this term, and are both languishing in mid-table on 14 points apiece.

Kelly – who joined Dundalk from The Gypsies at the start of 2019 – is hoping that Friday’s result at Oriel can inspire a similar run of form that won The Lilywhites the league that year.

“There’s no point in winning tonight and losing on Monday,” he added.

“We just need to bring this in. A couple of years ago, I think under Vinny (Perth), we lost a couple of games – Sligo and Pat’s – and then I think we went on a 33 or 34-game unbeaten run, so there’s no reason why we can’t do it."

“We have enough quality in the team. It was the first time tonight where you’re saying to yourself, we looked like a really good team and as a collective rather than a bunch of individuals. It was just great to be back out there and the three points was the main thing and hopefully it will kick start our season.”

Before the mid-season break, Dundalk face Bohs before travelling to St Patrick’s Athletic on Friday, with Kelly hoping they can take maximum points and get the season back on track.

“The next two games are going to be very difficult. The team in there that we have, the quality of players that we have – we’ll hopefully get another three points Monday and we’ll kick on then on Friday again hopefully.”

Kelly should be okay to face Bohs, despite having to go off against Rovers 15 minutes from time after being on the receiving end of what was a reckless tackle from Joey O’Brien.

Daniel Cleary (torn quadriceps tendon), Brian Gartland (knee) and Patrick Hoban (calf) are the only definite absentees, while Sonni Nattestad will be assessed ahead of kick-off.