Leitrim manager Hugh Donnelly is full of excitement for the start of this year's Lidl League but the memory of a defeat to Louth still rankles, writes John Connolly 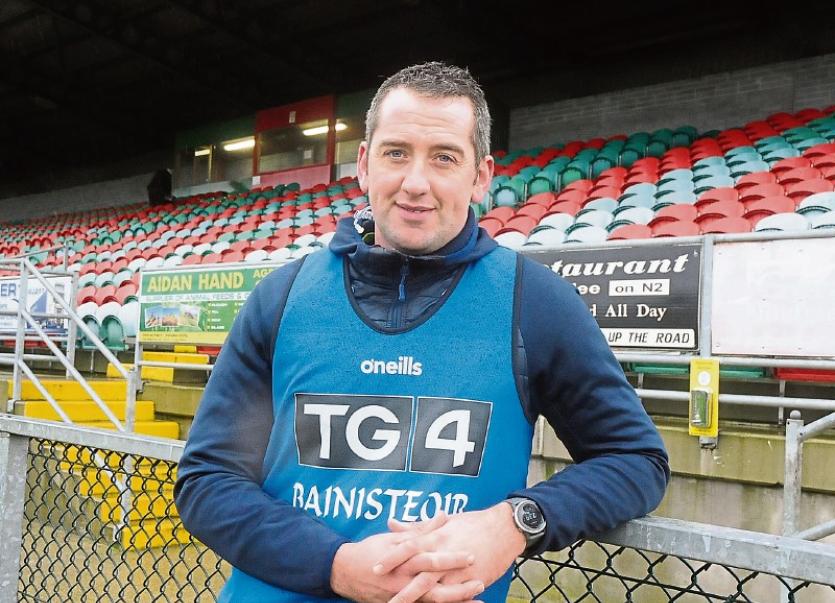 Defeats linger in the memory more than victories for the driven sports person so it is no surprise to learn that Hugh Donnelly still smarts at the memory of Louth’s victory over Leitrim in the 2020 Lidl Ladies National Football League.

The Tyrone man, pictured inset, is readying Leitrim to face Louth in the opening game of the 2021 campaign next Sunday in Pairc Sheain Ui Eslin in Ballinamore (2pm throw-in) and the memory of that 1-14 to 2-10 loss last year is still fresh in the memory!.

“You’re dead right,” answered Hugh when asked if the memory of that defeat still resonates, “For me personally, it still hurts because we underperformed that day. I’ll take any beating from any team as long as we perform or as close as we can perform on the day. We didn’t perform on that day - we were shocking!

“We came up against a Louth team who had done their homework, they were very intense and they were in our faces. We were sitting three and a half hours in a bus to the other side of the Cooley peninsula. We thought we were progressing, we thought we were further down the road than we were.

“But a lot of things didn’t go according to plan, we certainly weren’t expecting what we got but if the game had gone on another five minutes, we maybe could have won it.”

After last year’s League fell victim to Covid, the target remains passage to Division 3 for 2022: “For us to go on to win the National League title, we’re going to have to beat Louth regardless so it will be good to set the stall out and get a victory early on. We were so close in terms of getting up last year.

“We won three convincingly, we were pipped at the post by Louth, we were making real progress and then, all of a sudden, we had to stop. The girls know themselves that promotion is well within their reach, the potential, as I’ve always said, is there and it is just a case of channeling it all together and putting a bit of structure to the plan.”

Much of Leitrim’s hopes depend on the result of the Louth game so it is not ideal to face the Leinster side in the very first outing.

“To get them the first day out is a massive challenge because it sets the tone. There are lots of other motivating factors in terms of playing Louth first but I think it has definitely helped us in terms of we are laser focussed on what we need to do to perform on the day.

“Not only that, it keeps us sharp because we know we get the result against Louth, and it is not being disrespectful to Derry and Antrim, we certainly have a League semi-final, assuming we respect the other two teams and put in a performance. It is a big game for us at home.”

Coping with Lockdowns has also added to the challenge facing Hugh and his team but getting back out on the field has been a relief: “It was probably a saving grace for a lot of people from just the mental side of things as much as anything else.

“It is great to get back out again, socialising again is the big thing and meeting people, getting back to doing something you enjoy. I’m not missing the bendy roads in Leitrim right enough but it is good to be back.”

Actually meeting up is key to a team’s chemistry: “When you spend anything up to three or four sessions a week with people, you become quite attached to them and you build a camaraderie in the team environment. When that is taken away from you and all you can do is connect by phone or zoom, it is certainly not the same.”

Yet the response from the players in doing the work on their own has impressed their manager: “I got a great response from the girls, they are working very hard doing their individual programmes and I can really see since we’ve got back that the effort has been put in.

“It takes the pressure off me a small bit because they are physically in good nick and we can focus a lot more on the skills and the technical side of things.”

Indeed, Hugh learned lessons from the first Lockdown: “From a managerial point of view, I learned from Lockdown 1. I took the foot off the gas but I knew that if we were going to have a condensed League season, it was really important that we set the tone and the standard.

“It was all about accountability, making sure that the sessions were done - the players would post them up in the group, everyone sees it and that alone motivates the players so accountability and transparency is a big thing.”