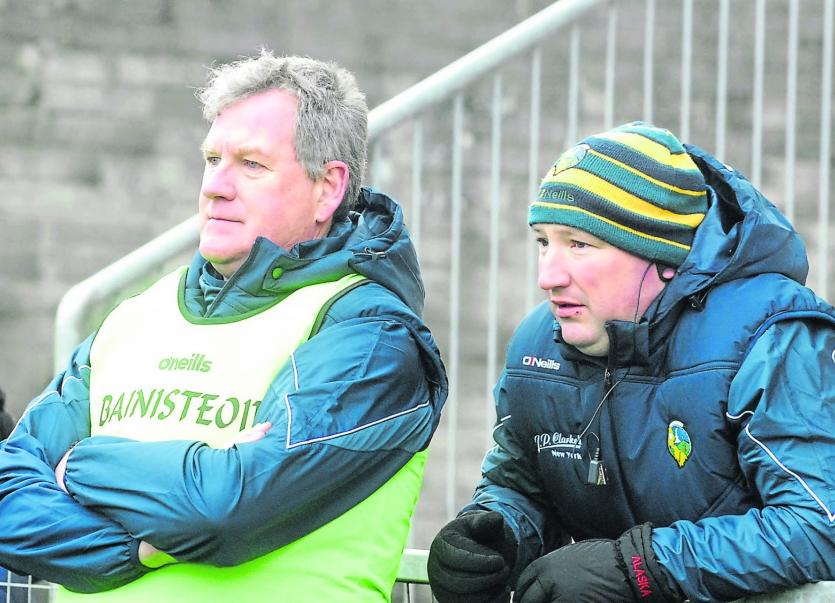 With the dust now settled on last week’s opening game of the Harte era, Louth travel to Carrick-on-Shannon to face Leitrim on Sunday (Throw in 3pm) in what is now a make-or-break fixture for both sides.

The men from the west also started their league off with a loss, making the short journey to neighbours Sligo, however despite the scoring 12 points from play they still came out on the losing side, 2-19 to 0-18.

After Louth’s narrow defeat at the hands of Antrim, it means Sunday’s contest is pretty much a knock-out fixture, the losers destined for another season in the bottom tier of football.

The last time the sides met was in last year’s National League, a campaign that resulted in both sides being relegated to Division Four.

The game happened to be both sides last match pre Covid, when sport came to a standstill for what felt an eternity and it was a game that Louth fans present that March afternoon in Dowdallshill will be happy to have wiped from their minds.

An errored filled performance saw the Wee County slump to a decisive eight-point defeat, as Terry Hyland’s troops went home with a 3-14 to 1-12 win.

Louth never got going that day, failing to utilise a strong breeze in the first half while going prolonged periods without a score, anything like this on Sunday and it will be an easy win for the men from the West.

Prior meetings don’t show much more positive results, their lasting meeting in Carrick on Shanon in 2018 seeing the hosts run out 0-25 to 0-12 winners in the All Ireland Qualifiers, while back in the 2016 National League again the men from the west prevailed by 0-16 to 2-9.

Leitrim have been putting large scores up against Louth recently, something which Mickey Harte will need to stop if they are to continue their push for promotion.

As stated already, the men from the west had a league to forget in 2020, a rare highlight being their win over Louth. They also drew with Derry on the opening day of the league, but defeats to Cork, Longford, Tipperary and Offaly meant they went back to Division Four after just a year in Three.

The Connacht Championship didn’t leave Hyland’s side with much hope as they welcomed Mayo to Pairc Sean Mac Diarmada, but to their credit they gave James Horan’s side a run for their money on a difficult day for football.

The underdogs ran into an early four-point lead but backed up by a strong breeze they just weren’t efficient enough to create a sizable gap and ended up trailing by a goal at half time, 1-6 to 0-6.

That year’s All Ireland finalists soon found their groove and were able to see out the contest in the final quarter, their stronger bench and better efficiency seeing them run out 2-15 to 0-10 winners in the end.

Letrim did show a much better scoring edge in their first league outing of the season, but were still on the losing side of things, making Sundays clash one to savour for both sides.

It really is make or break stuff, a win leaves either team in the hunt for promotion but a loss and their season is effectively over before it ever got chance to catch fire.

12 points from play was a fine haul for the opening round of the league, but Terry Hyland would have to be worried by the large score they conceded in that match in Sligo, who managed to hit a very impressive 2-11 from open play.

That is something Mickey Harte will hope to take advantage of on Sunday, with a large chunk of their tally against Antrim also coming from play (2-7 of their 3-8 total), in an open free for all shooting contest Louth will fancy their chances.

If the games plays out as a more tactical encounter, with both sides looking to lower their opponents attacking chances, Louth did look well capable of producing a dogged, hardworking defensive system against Antrim for much of the contest which should hopefully limit the chances for the home side.

They will need to be much more efficient against Leitrim, while also significantly reducing unforced errors which plagued their performance last week but if they can repair those parts of their game they should have enough in the bank to turn the form on the Westerners and bag a vital win.