Louth Hurlers start promotion push with win away to Leitrim 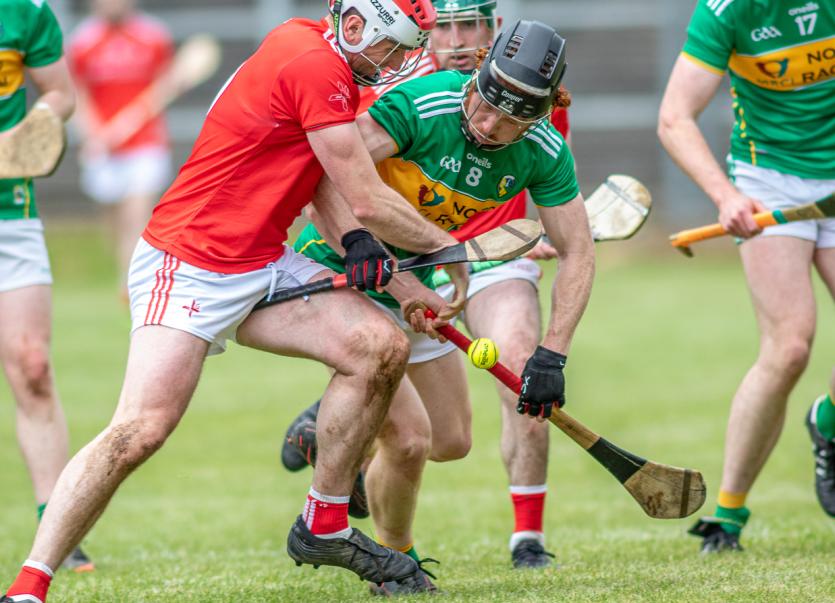 Louth eked out a gutsy Leitrim outfit by two points in a dramatic final quarter flourish to begin their Division 3B campaign on a high in the battle of the last two Lory Meagher Cup champions.

Debutant’s a plenty shone for Louth, with five in total given their first competitive starts in a county jersey, however it was Neil Thornton’s brace and Seán Kerrisk’s late point that finally turned the screw for the Wee County.

Straight from the throw in, Darren Geoghegan began life where he left off five months ago in their Croke Park triumph; arching over a sliotar and lining up the posts from long range.

Geoghegan showed his accuracy and quickly followed up with a point from play as Louth built substantial pressure.

Colm Moreton at full forward for Leitrim was a huge presence and when the Carrick player threw his weight about, he caused problems. Gavin O’Hagan profited from the chaos in firing over a free which Moreton won.

At the other end, Paul Mathews was causing problems inside and having spent the winter under Mickey Harte’s tutelage, the Termonfechin man looked sharp. He had a goal chance off the deck soon after, wonderfully saved by Michael O’Brien.

Leitrim lived on their nerves as Paddy Lynch’s first touch let him down with the goal at his mercy. There was only a point between the sides at the first half water break with both Shannonside midfielders Ben Murray and Cathal O’Donovan pointing to make it 0-4 to 0-3.

Louth’s defence and full back line were well on top at this point, Ronan Byrne reading the situation beautifully to come to grips with Moreton, while Andrew Smith was excelling beside his Knockbridge club mate at corner back.

Reigning Lory Meagher Player of the Season Andrew Mackin opened his account with a neat effort but the wides were beginning to tally for Louth and yet another goal chance was denied by O’Brien from the lively Mathews.

Conor Quigley came in for his first taste of inter county hurling action as a blood sub for Peter Fortune and fellow debutant Thomas McCreesh followed shortly after as a replacement for David Kettle.

With Fortune receiving a bandage, Quigley found his range and such was his cameo the Kilkerley man would remain on the field.

Darren Geoghegan’s accuracy was proving to be the difference with three placed balls from huge distances and they were worth the trip out west alone. His third in that sequence from over 70 metres out being the highlight.

Those scores would be invaluable as Gavin O’Hagan struck the crossbar to nearly wipe out Louth’s three-point lead in one foul swoop. Paul Mathews ended the scoring for the half with an excellent effort off a Geoghegan sideline cut.

The visitors deservedly went in 0-10 to 0-6 ahead at the break, Louth revelling in the wide-open spaces that Avant Money Pairc Sean MacDiarmada provided.

Paul McCormack’s troops were slow to get going at the start of the second half, illustrated in Andrew Mackin’s lack of reflexes when Niall Keenan’s effort hit the post and another goal chance went a begging.

Despite another Geoghegan free, that lackadaisical attitude would soon catch up with them when the Leitrim target man Colm Moreton flicked a high ball from his brother Liam into the net past Donal Connolly.

Rhyming free takers O’Hagan and Geoghegan traded free’s and anther debutant Neil Thornton found the target for Louth to make it 0-13 to 1-8 but when the Moreton brothers combined again, Leitrim took the lead for the first time in the game on 50 minutes.

This time the direct ball from centre back Liam Moreton was expertly caught by Colm at the edge of the square and on the spin, in the same movement fired to the net for a 2-8 to 0-13 lead.

O’Hagan added to his and Letrim’s tally with an excellent free and at this stage Louth were relieved to go in and regroup for the second half water break.

With their Armagh manager’s words still ringing in their ears, Louth and Paul Mathews emphatically responded in the very next attack, copying the successful Leitrim ploy and driving the ball directly inside.

Mathews fetched the sliotar, rounded his marker and produced another save from O’Brien but finished off at the second time of asking on 57 minutes.

Ever reliant O’Hagan levelled the game, before Neil Thornton showed composure beyond his years to nudge Louth back in front 1-14 to 2-10.

The Westerners came roaring back through James McNabola, but Sean Kerrisk and Darren Geoghegan saw out the game either side of a Paul Lenehan red card resulting in Louth travelling back home with a valuable two points as they look to gain immediate promotion back to Division 3A.