Dundalk vs Bohemians Preview: Keeper role up for grabs as Lilywhites go in search of first win of the season 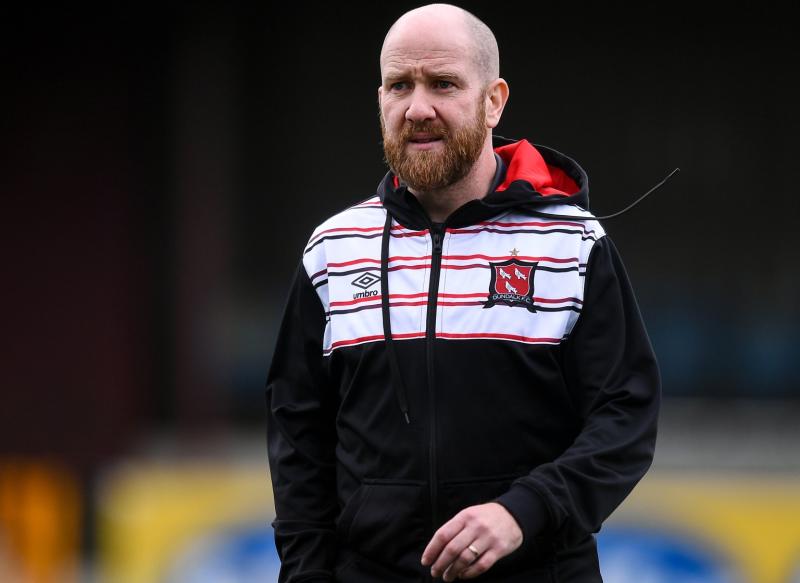 Not since the 1998/99 season has Dundalk FC gone winless in the first four games of a Premier Division campaign. It’s an unwanted record The Lilywhites will be desperately trying to avoid when they host Bohemians at Oriel Park tonight (kick-off, 7.45pm).

Despite finishing second and third respectively last year, Bohemians and Dundalk have accumulated just one point apiece ahead of what is their fourth fixture of the new season.

“Neither team will be happy with the start they’ve got on the board,” said Dundalk team manager Shane Keegan.

“It’s a big game between the two anyway, but particularly after the way both sides have started, it makes it extra important. I wouldn’t be paying a huge amount of attention to league tables after three games in terms of who’s top or who’s bottom. In a full-game season, you’re probably needing to get closer to double figures before you pay a massive amount of attention."

"At the same time, obviously neither ourselves nor Bohs – if we intend to be scrapping for a league title – want to get detached from those who are at the top, so it is an important game.”

As the newly-restructured Dundalk management team gained yet more negative attention this week, Keegan has heaped praise on the Bohs coaching duo of Keith Long and Trevor Croly.

Operating with a shoestring budget, Long guided Bohs to an impressive second-place finish last season having finished third the year before, and Keegan has called on Dundalk supporters to show the same level of patience as the Bohs fans have done for his counterpart.

“You don’t finish second in a league table without extreme quality,” he added. “They have a fantastic management duo as well, two brilliant guys who have had three or four fantastic seasons back-to-back."

"I’m sure Bohemians fans aren’t going to jump the gun and start turning on their management at the moment because they’ve done a wonderful job. It’s just a slow start like ourselves and they’ll back themselves completely to turn it around and be at the right end of the table come the end of it.”

Dundalk goalkeeper Alessio Abibi once again came under scrutiny in last week’s defeat at Shamrock Rovers, reacting far too late to a Dylan Watts shot which ultimately won the game.

A second mistake in as many weeks from the Albanian could force Dundalk to hand a second Oriel debut to veteran stopper Peter Cherrie, who has returned to the club from Derry City.

“That’s a call we probably still have to make to be honest,” said Keegan.

“He’ll be disappointed with the two goals. He was also superb in the previous two games for us. It swings in roundabouts when you’re a goalkeeper. You’re either very high or very low. If we choose to go with him again tomorrow night, I’m sure there will be no issue with him and he’ll bounce back to his old self.”

On Friday, Dundalk will be without defender Brian Gartland after he was stretchered off in the defeat to Rovers following an ACL injury which will likely keep him out for the season.

Sonni Nattestad is in quarantine, while Sean Murray and Daniel Kelly are both doubtful to pass fit for the visit of Bohs, but Patrick McEleney is thought to be closer to making a return.