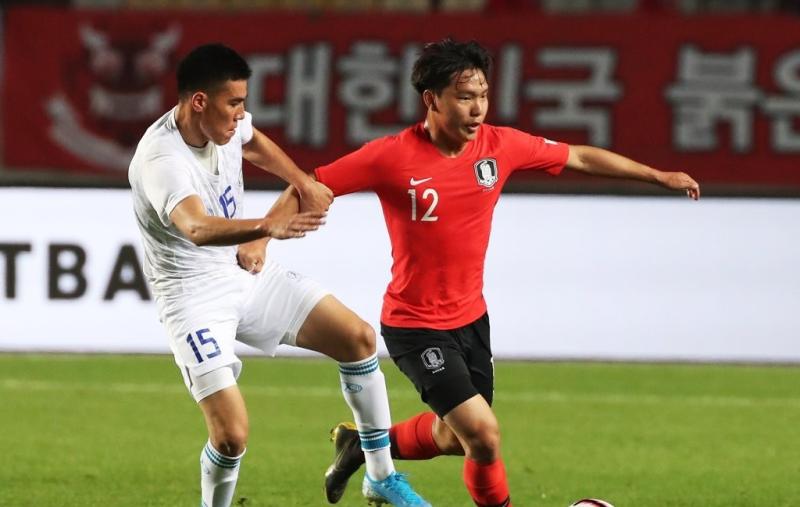 Dundalk FC are poised to complete a deal to bring in South Korean winger Han Jeong-Woo.

The 22-year-old has travelled to Ireland with a view to completing a move and a deal could be brokered in time for Dundalk’s league fixture against Finn Harps this Friday evening.

Han most recently helped Suwon FC gain promotion to the K-League 1 last season. That was following a spell playing in Kazakhstan with Kairat Almaty where he featured in 2019.

“Han is closer to being a done deal for us,” Dundalk team manager Shane Keegan told The Democrat.

“There’s probably an outside chance if we can do that well in the next 24 hours, he may even be available to come into the panel for Friday night’s game which would be great.”

Han has represented South Korea at both U18 and U22 level and was also named in the preliminary squad for the Korean team that won the AFC U23 Championship last year.

He will become the first Korean to play professionally in the League of Ireland, but the fourth overall after Kim Jin-Gu and Yob Son, who played as amateurs for Galway United in 2011. Sung Lee-Cheol was the last Korean to feature in Irish football with Athlone Town in 2012.

“With Wilfried, there’s very nearly an agreement there in terms of getting the deal done, but in terms of the actual paperwork, we’re a good bit further back,” added Keegan.

“You’d like to think that if we’re chatting this day next week and that if there’s no hiccups, no issues or no problems, that we might have a deal done there all going well possibly.”

Zahibo is currently on international duty with the Central African Republic for their upcoming crucial Africa Cup of Nations qualifying matches against Mauritania and Burundi.