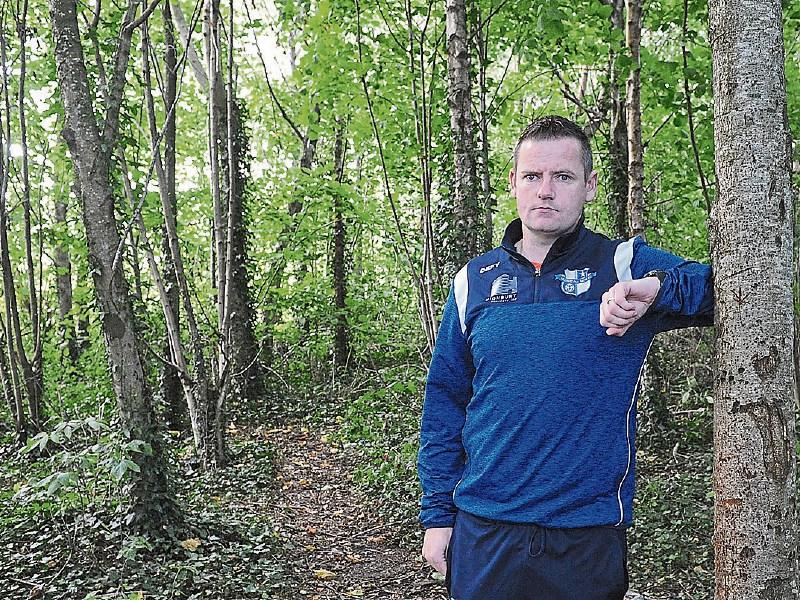 Concerns have been raised about drug taking and discarded used needles in dense scrubland beside the Muirhevna Mor Football Club’s pitch.

The football club’s committee member Sean Dixon told the Democrat last September that needles used by drug users are being dumped in the “strip of no-man’s land” owned by Louth County Council between the pitch and Tom Bellew Avenue and raised fears that it is “only a matter of time” until a child is injured by a discarded used syringe.

“I have raised this before in relation to dead space at the bottom of the pitch at the park in Muirhevnamor, which borders Tom Bellew Avenue”, Cllr Meenan said.

“There is a thick undergrowth of trees and bushes.

“We have a lot of drug trafficking in the area and people are using this overgrown area to inject drugs.

“It is something that the football club has been looking to get removed for some time or to be able to take it into their own grounds and do something with it.

The local authority’s Director of Services Paddy Donnelly in response said: “Any of that type of work is suspended at the moment.

“But we will have a look at it and see if there is a long-term solution.”

Sean Dixon previously said five months ago that the situation is frightening, and people fear that a child is going to be injured by a used, dumped syringe.

“It is frightening the amount of needles dumped in the ditch behind the goals”, he had said.

“It is a real concern as it is only a matter of time until a child is injured by one of the many needles lying around.

“The ditch behind the pitch is overgrown with bushes and unfortunately is a den -  a perfect hideaway - for people using drugs as they are undercover and can’t be seen.

“They are just dumping their used needles and it is becoming a real issue – it is terrifying as it is only a matter of time that a child gets hurt.

“We have around 200 children and adults training with us and there are needles all over the place in those ditches.”