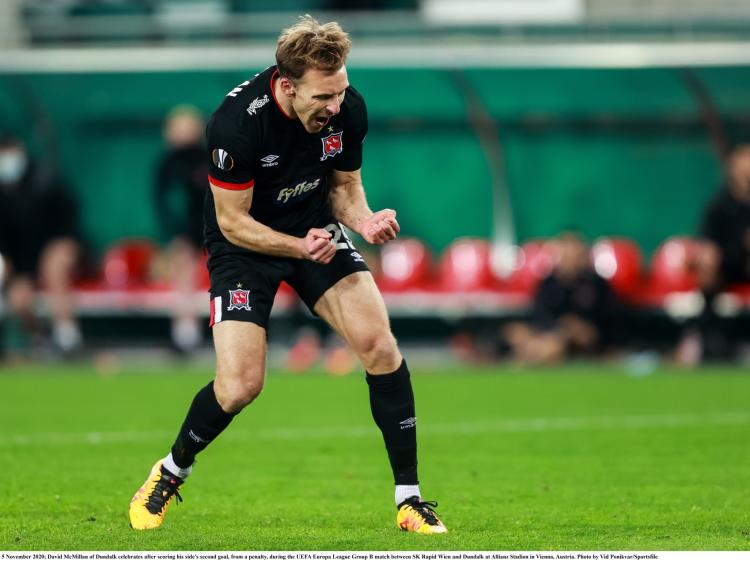 Dundalk talisman McMillan named player of the month for November

David McMillan has been named SSE Airtricity/Soccer Writers’ Association of Ireland Player of the Month for November.

The Dundalk striker, who returned from Scotland for a second spell at the club earlier this year, proved the match-winner in the FAI Cup final - scoring a superb hat-trick to see off Shamrock Rovers after extra-time.

A brace against Rapid Vienna in the Europa League also saw the 32-year-old, who celebrated his birthday this week, equal the record for most goals scored by a League of Ireland player in European competition.

Dundalk team-mate Chris Shields finished second in the voting for the final Player of the Month prize of 2020, while Shamrock Rovers midfielder Aaron McEneff was third.