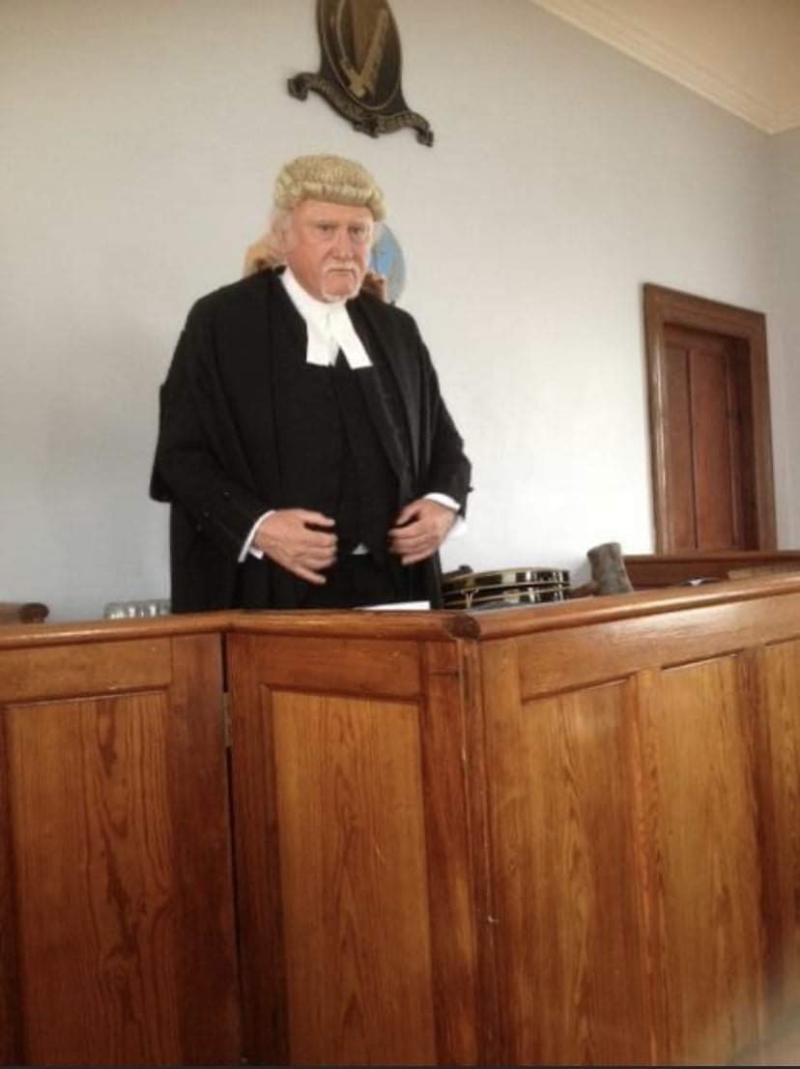 The cultural life of Carlingford was richer for the presence of Larry McArdle, who passed away on November 1st.

The gifted educator with the soft-toned voice became involved with Carlingford Lough Heritage Trust on his return to the town, serving as Secretary for several years.

His commitment to the Summer Concert Series, presented by Zoë Conway and John McInytre, saw him regularly usher meandering day-trippers to Carlingford into the Heritage Centre for an hour's enjoyment that would stay with them long afterwards.

Larry was heavily involved in the theatrical element of the annual Thomas D’Arcy McGee Summer School and in the writing of the original play, "The Trial of Patrick Whelan for the Assassination of D’Arcy McGee", performed in the Courthouse. His role as the presiding judge in this and subsequent trials was always feted, as was his turn as the Master of Ceremonies at the Wake for D’Arcy McGee.

Larry had a great love for Carlingford and ambition for how it would develop sustainably. His life in Europe informed his thinking that there should be an emphasis on non-motor traffic in the village centre.

It’s somehow haunting and reassuring to listen still to his audio-guided tour of Carlingford. He really could command the audience.

Carlingford has lost a fabulously witty character and we in the Heritage Trust have lost a good friend.