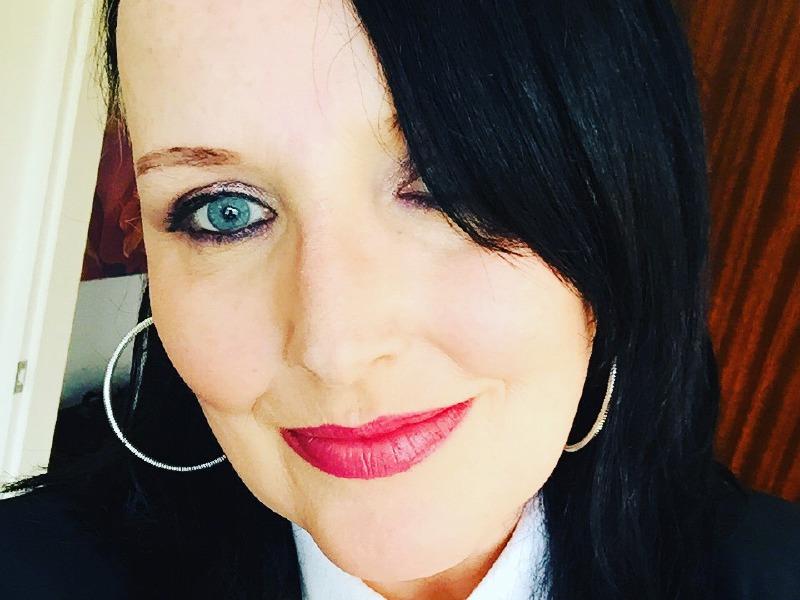 Dundalk author Jaki McCarrick has been shortlisted for the An Post Irish Book Awards. The playwright, poet and fiction writer is among six finalists in the short story category of the renowned awards for her short story ‘The Emperor of Russia’. The already award-winning writer spoke to Michelle O’Keeffe about how growing up and living in Dundalk inspires her writing, her love of English from a young age, and about working on a novel set on the Cooley Peninsula

Michelle O’Keeffe: Tell us a bit about yourself and what it was like growing up in Dundalk and how you discovered your love for writing?

Jaki McCarrick: I was born in London, and until the age of 12 lived in Gospel Oak near Hampstead Heath.

My mother inherited a house in Dundalk, and that’s why my family moved back to Ireland.

I went to St. Louis School for Girls in Dundalk, as did my sisters.

When I was 15, I joined an electronic band, Choice, which became quite famous in Ireland for being the first electronic outfit in the country.

We won a few awards and recently reformed!

At that age I equated being in a band with being a poet – and I suppose that was my first act of “creative independence”.

When I left school, I got a place at Trinity College, Dublin to study English and Public Administration but didn’t take it up.

Instead, I went to London and worked for a music magazine, first as receptionist then as editorial assistant and then as contributing journalist.

The magazine folded after a few years.

I continued to freelance as a writer and began to study dance and drama in the evenings. When I was 23, I got a place at Middlesex University on a modular English and Philosophy degree course but after my second year changed all my modules to contemporary dance and drama subjects.

I graduated with a First. At the same time as studying for my degree, I studied at the Lee Strasberg Institute in Central London.

I also acted, performing with a brilliant group of actors, many of them graduates of the Lee Strasberg Institute, in plays at the Springfield Tavern in North London. I played Lady Macbeth aged 25 in a production of Macbeth which transferred to the Lyric Hammersmith.

After graduating, I continued to pursue acting and for a while also devised physical theatre projects using my own written text.

It hadn’t dawned on me yet to write plays, though I was always scribbling.

I was accepted onto the Directors’ Course at the National Theatre Studio and that year the Old Vic asked the graduating directors if they would like to stage a reading of a new work.

I had written the bones of a play called The Mushroom Pickers, so responded to this call out for staged readings with my own play.

The producer, Kate Pakenham, saw this and, suitably impressed, arranged for The Mushroom Pickers to be read on the main stage of the Old Vic, the performance of which my now agent, Charlotte Knight of the Knight Hall Agency, attended.

Thus begun an intense ten-year period of writing, in which I also completed my MPhil in Creative Writing at Trinity College, Dublin.

During this time I decided I’d like to move back to Ireland and so that’s where I now live.

I’m afraid I was a complete swat at school and very good at English.

I won prizes from an early age and still have those prizes (which were usually books).

I was blessed with incredible English teachers, in Dundalk, London and Dublin - when I went to school in Ireland and then at both Middlesex and Trinity College Dublin.

I studied with Brendan Kennelly, Ian Duhig, Anne Devlin and Gerald Dawe at Trinity, who were all amazing.

MOK: Did growing up in Dundalk inspire your writing and storytelling, and if so in what way?

JMC: I find the area of Dundalk – and the fact that it is on the border endlessly fascinating.

I think there is just so much dramatic potential in that.

Most of my stories are set in this area or close by – though sometimes I will do something different.

In my story collection The Scattering, there is a more or less Science Fiction story called The Tribe – which I set in ancient Iraq.

So I chop and change a bit sometimes.

I now live in Dundalk and have done for quite a few years. I do travel a lot with my plays – which have been staged all over the world.

MOK: How did you get into writing?

JMC: I always wrote stories and poems at school.

When I was 10 I came second in an essay competition open to all of Camden Town children in London.

In Ireland I won the O’Fiach Short Story Award when I was 14 and regularly had stuff published in the school magazine, Inklings.

I later worked in publishing in the UK, as a music journalist and assistant editor.

MOK: We know you started writing plays, what interested you about the theatre?

JMC: I’ve been fascinated by theatre since I was a child.

My mother often took me to shows in the West End.

I also attended summer workshops as a child at Drama Centre in North West London, which was quite close to where we lived.

My sister and I had puppets, and we would give shows on a table outside our house.

This makes me sound very extrovert but I wasn’t at all.

If there’s a word for someone who is between introvert and extrovert that’s me.

MOK: Can you tell me a little bit about how you moved from plays to short stories?

JMC: The seed of an idea seems to tell you the form it should take.

I can start a short story sometimes and not have a clue where I’m going with it, which is part of the joy of fiction, but plays are closer to poetry - you need more of a firm idea of the tale you want to tell, otherwise the characters won’t speak, and like poems, plays are often “puzzles” that you need to work out.

They often only unlock their secrets by the 100th draft.

When I studied for my MPhil at Trinity I concentrated more on fiction and poetry.

MOK: Can you tell us a bit about The Emperor of Russia please and how you feel about getting shortlisted for the An Post Irish Book Awards?

JMC: This short story began life as a play that was in my drawer for a few years.

I had always loved the characters and the musicality of their dialogue and the sort of blackly comic cartoonish quality in the story, so eventually I decided not to let them languish in the drawer and put them into a short story instead.

Essentially the story sets a challenge in that I wanted to show through the apparent hatred between the two characters – a father and daughter – that there is also love.

I really wanted to see if love could still be detected through this rough banter between the two.

I think it comes through but it’s not ovious.

The title line is from Shakespeare’s Winter’s Tale.

I sent the story to the Willesden Herald Anthologies in the UK who then nominated the story for the An Post prize.

I was honoured to be longlisted and even more so to be shortlisted.

The other shortlisted writers are the best in their field and I’m delighted to be among them.

MOK: What are you working on now, planning to work on in the future?

JMC: I’ve just finished a screenplay adaptation of my play Belfast Girls, and am working towards a second collection of short stories, and a novel, set on the Cooley Peninsula.

People who want to vote for Jaki’s short story ‘The Emperor of Russia’ have until November 16th at 6pm to do so on www.writing.ie