Molde FK boss: Dundalk have players that can pose a threat 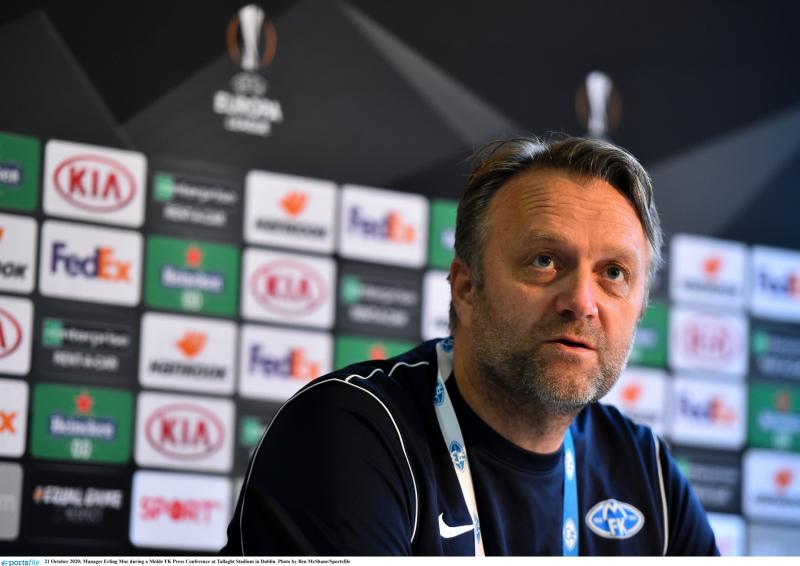 Moe, who is in his second spell as Molde boss, guided the club to the Norwegian League title in 2019 and European wins this season over KuPS Kuopio, NK Celje and Qarabag followed.

After losing to Ferencvaros in the Champions League play-off round, Molde now drop into the Europa League group stages and their first assignment is a trip to Ireland to play Dundalk.

The Molde chief reckons that several of Dundalk’s key players could pose a threat to his side.

“We have been looking at them now for quite some time after the draw, so we think we have a good view on what Dundalk is. I think they have done well in Europe now and they are a team that seems to have adopted a bit from the new coach in playing out from the back. I think they are quite strong going forward in the pitch. The left (Michael Duffy) and right-winger (Stefan Colovic) and the top man (Patrick Hoban) there are really good players, so we expect a tough game tomorrow.

“I think they got quite a few good players, but I think this is a game where it’s all about being the best team. Of course, we know Josh Gatt really well, but he’s not in the squad. There’s several players we have had a good look at – the number nine, the right and left winger and you’ve got the captain (Chris Shields), who is a warrior, so I think they are looking strong.”

In a group which also includes Arsenal and Rapid Vienna, Molde have ambitions to progress to the knockout stages of the competition for the first time since 2015/16. However, they know that a good start against Dundalk in Tallaght tomorrow is imperative to their chances.

“I think everyone who comes into the group stage has a goal of winning as many games as possible,” added Moe. “That’s our goal, but we know it’s a tough group and we have to really be good from the start now and that’s tomorrow against Dundalk, so let’s take that game first and see what develops.”

For tomorrow’s game with Dundalk, the Norwegians will be without their leading goalscorer, Leke James, as well as the injured Fredrik Sjolstad, Henry Wingo and Kristoffer Haraldseid.