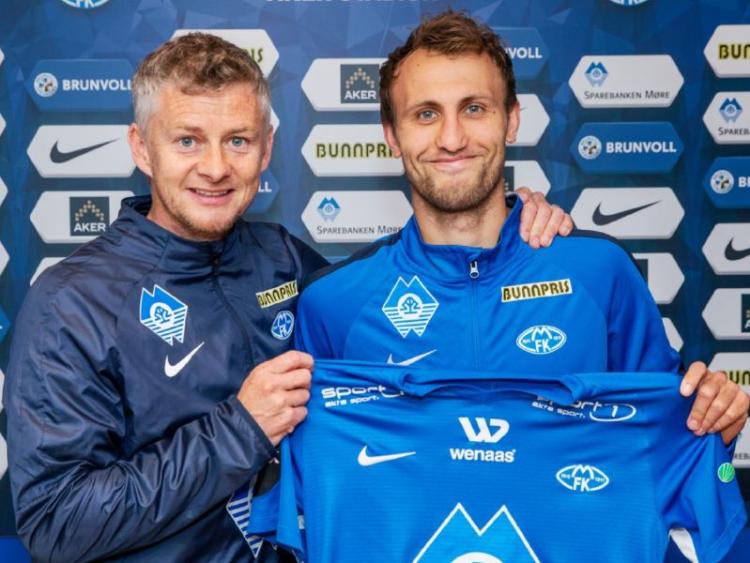 For just the second time in their history, Dundalk FC will face Norwegian opposition when they take on Molde FK at Tallaght Stadium on Thursday evening (kick-off 5.55pm) in Group B of the Europa League. The last time Dundalk faced a team from the Scandinavian country was in 2017 when they agonisingly exited Europe, losing to Rosenborg BK after extra-time.

The general feeling in the aftermath of that Champions League tie was that The Lilywhites could and probably should have progressed to the next round, but it was Rosenborg that marched on and went on to overcome Ajax on their way to the Europa League group stages.

Eight of the Dundalk players that featured in that tie versus Rosenborg three years ago have been named in the 23-man squad for this season’s Europa League campaign. Filippo Giovagnoli will be hoping that experience of not only playing against, but matching quality opposition from Norway will come in useful when Molde travels to Dublin on Thursday.

After first qualifying for the old UEFA Cup back in 1975, Molde were to drift in and out of European competitions for the next 25 years without ever making much of an impact. That was until the 1999/2000 season, when aggregate wins over CSKA Moscow and Real Mallorca saw the Norwegian outfit qualify for the group phase of the Champions League.

They picked up three points in a group which included eventual winners Real Madrid, FC Porto and Olympiakos (who they defeated at home). After winning the Norwegian League for the first time in under the management of Ole Gunnar Solskjaer, Molde went on to qualify for the group stages of the Europa League in 2012/13, where they beat Stuttgart home and away.

Incidentally, current Dundalk player Joshua Gatt, who hasn’t made this season’s squad, featured prominently for Molde throughout that campaign. The Norwegians met League of Ireland opposition for the first and only time up until now the following year when they recorded an 3-0 aggregate victory over Sligo Rovers in the Champions League qualifiers.

In 2015/16, Molde finished top of a Europa League group which also included heavyweight clubs such as Fenerbahce, Ajax and Celtic before going out to eventual winners Sevilla in the Round of 32. Not even the goals of Erling Haaland could get them back into the groups in 2018 as Zenit St. Petersburg knocked them out in the play-off round. History repeated itself last season, as Molde once again fell at the play-off hurdle, this time to Partizan Belgrade.

Molde weren’t to be denied for a third consecutive year this term, however, as the Norwegian League winners initially entered the Champions League qualifying phase. There, they destroyed Finnish side KuPS Kuopio 5-0 in the first round before overcoming two of Dundalk’s old foes – NK Celje and Qarabag – in the following two rounds. In fact, Molde were the width of a post from finding themselves in the Champions League group stage, but, in heart-breaking fashion, lost out to Hungarian side Ferencvaros on the away goals rule.

Domestically, Molde find themselves in a similar predicament to Dundalk in the sense that they cannot realistically retain their domestic league title. Erling Moe’s side are 16 points adrift of current league leaders Bodo/Glimt with just nine matches remaining. On Saturday, however, Molde came from 1-0 down to beat the champions elect 4-2 at the Aker Stadion.

Molde’s star man is undoubtedly their captain Eikrem, who poses a serious goalscoring threat from midfield.