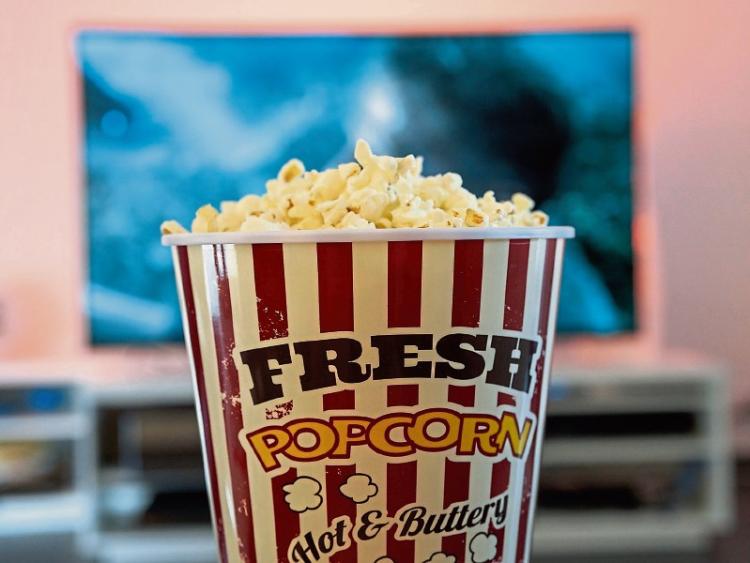 Movie Guru Ronan O'Meara gives his picks of the week

Ronan O'Meara has been scouring the TV schedules (free-to-air channels only) to find films to watch over the next week – here are 16 to choose from.

Hopefully you'll find something to hit the spot and maybe you'll even be introduced to a future favourite.

This is the ideal Saturday night film. Jason Statham plays a marine scientist fighting to protect those he loves from the gigantic beast his experiments have freed from the deep. This is Jaws on steroids and while it takes a while to get going the latter half of it is highly enjoyable and packed full of action and in-jokes from the world's most famous shark movie. The Stath leads a solid cast that includes Cliff Curtis, Rainn Wilson and Li Bingbing.

A young Jamaican man called D has always been haunted by the spectre of his brother's murder and a move from his homeland to the streets of London in the 80's stirs up the past once again. Idris Elba's directorial debut is a gritty look into a subculture of British life that's rarely seen on screen. It's quite even but the personal touch Elba brings to the film makes it worth a watch. Aml Ameen is a solid lead and the ever reliable Stephen Graham brings the menace.

Rory O'Shea has muscular dystrophy. Michael Connolly has cerebral palsy. They meet and become best friends in the residential care home they share and push each other to explore the world outside. This film is a exemplary example of Irish cinema's ability to make you laugh while punching you in the stomach at the same time. A lovely watch led by two excellent performances by James McAvoy & Steven Robertson.

A day in the life of The Beatles as they travel from Merseyside to London and all the crazy & wacky adventures that happen in between. A humorous, surreal and unique watch that helped introduce John, Paul, Ringo and George and their very English sense of humour to the world. Far more entertaining than the usual concert films you see and a brilliant snapshot of a particularly famous time in pop culture history

Russell Crowe stars in this immense adaption of the Patrick O'Brian book as the captain of a ship tasked with chasing down a French battleship during the Napoleonic wars. A cracking story full of tension and action, gorgeous scenery and sublime performances. This is still Crowe's finest role (imo) but Paul Bettany more than holds his own as the ship's doctor. Really worth a watch. Oh and turn up your speakers because this will give them a real workout.

12 knife wounds. A dead man in a cabin onboard a train across Russia. Who did it? Who knows? Luckily Hercule Poirot is onboard and he just happens to be the best detective in the world. This 2017 take on the famous tale was unfairly maligned on its release but it's well worth a watch. Even if you know the ending it's fun stuff, twisty turny and packed with all manner of famous faces. Kenneth Branagh, Penelope Cruz, Michelle Pfeiffer, Willem Dafoe and Judi Dench amongst others.

In a remote Zambian village a small girl called Shula is accused of witchcraft. The laws are strict and her young age doesn't matter. It's rare an African film appears on TV and this one is a great introduction to African cinema & a culture mostly alien to western audiences. It's a harsh watch about female subjugation but also a very humane one and surprisingly in places it may even make you laugh. Little Maggie Mulubwa is wonderful in the lead role.

John Rambo is a homeless Vietnam vet who turns up in a small town to visit a friend and he soon finds out that his kind are not welcome. The first entry in the Rambo franchise is a lowkey masterpiece and a rare thriller that will make you think about your own prejudices while delivering all the action you'll need. Sylvester Stallone gives a very underrated performance and Brian Dennehy's bad guy sheriff is a memorable piece of work.

Harvey Milk was the king of San Francisco's Castro district and his political activism saw him go from neighbourhood hero to the city's first openly gay member of government. Gus Van Sant's 2008 drama sidesteps the dodgy aspects of Milk's life but there's still plenty here to like especially Sean Penn's Oscar winning turn as the man himself. Nice support from Alison Pill, James Franco and Josh Brolin adds a lot.

When tragedy hits his life, a young boy is sent to a foster home where he struggles to find his place in the world before slowly rebuilding his existence. 66 minutes of perfection right here, an animated drama that's far more humane than most live action films. It's sincere without being cheesy, sentimental without being mawkish. It's just fantastic, trust me and record it.

Peter Devereaux is forced back into action when an old pupil of his stirs up a hornets nest of intrigue and murder that involves the CIA and Russian politics. Ignore the reviews of this one. It's silly but it's a compelling watch. Imagine a Bond film not constrained by the 12A certificate and you'll have this. Bloody mayhem ensues but beware, it does get rather rough in places. Pierce Brosnan makes for a very solid lead.

The Leisure Seeker is the name of Ella and John's RV and it becomes their home when they decide to drive from Boston to Key West in an attempt to revisit older, better times. A poignant watch that doesn't skimp on the realities of growing old while at the same time shows us a type of love and understanding that only exists after decades of being together. Helen Mirren and Donald Sutherland work very well together as the leads.

Two hitmen are on the run after a disastrous job and they're hiding out in a beautifuk Belgian city. One is happy with the holiday he's found himself on the the other is the exact opposite. Try as they might they can't outrun their sins. A superb comedy drama from Martin McDonagh, haunting, hilarious, profane, violent and in the end very effective. Colin Farrell and Brendan Gleeson play their parts flawlessly.

If you, like me, are an arachnophobe then this one will stay with you for a while. A woman and her kids move to the country to take care of an old man. In his house they find something strange and strangeness turns horrifying fast. A nice atmosphere and some petrifying special effects will keep you watching this even when every aspect of your being is screaming at you to turn it off. Elizabeth Roberts is a decent lead.

Martin Feeney has arrived back home to find his country decimated by famine and his sister in law kicked out of her house by a British landlord and his vichy Irish henchmen. Things then get even worse and soon Martin has British blood on his hands. This 2018 Irish western is magnificent stuff. It's upsetting of course as it's a look at a horrifying period but it's a satisfying revenge thriller too. James Frecheville, Moe Dunford, Jim Broadbent, Sarah Greene and Stephen Rea all do mighty work.

Carrie White has just become a woman in the most embarrasingly public fashion possible and it's the start of a journey that sees her go from timid mouse to the stuff of legends. Brian De Palma's adaption of Stephen King's penny dreadful novel is loads of fun, especially when Piper Laurie as Mama White turns up. Sissy Spacek is an affecting lead but let's be honest, this one is all about the showstopper prom set climax.